In this short clip filmed earlier this week using a GoPro camera strapped to the back of an eagle, we see what it might be like to soar through a mountain range near Chamonix, France. (via Kottke) 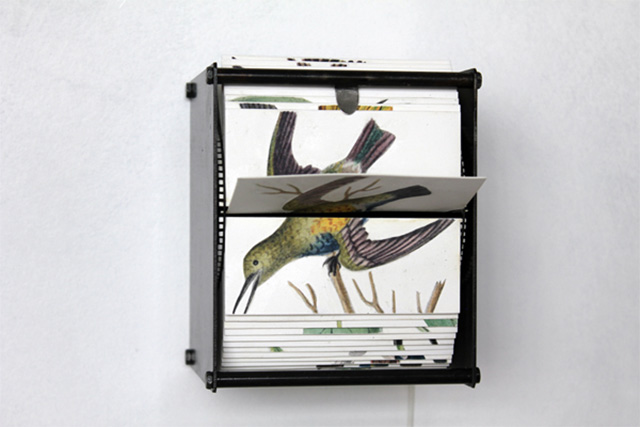 Since graduating from the Royal College of Art, artist Juan Fontanive has been exploring moving images and kinetic sculptures. My favorite of his lastest works are these three flipbook machines using drawings, acrylic paintings, and collages of birds. Two of the original machines above, Ornithology and Colibri are currently available through the New Museum. 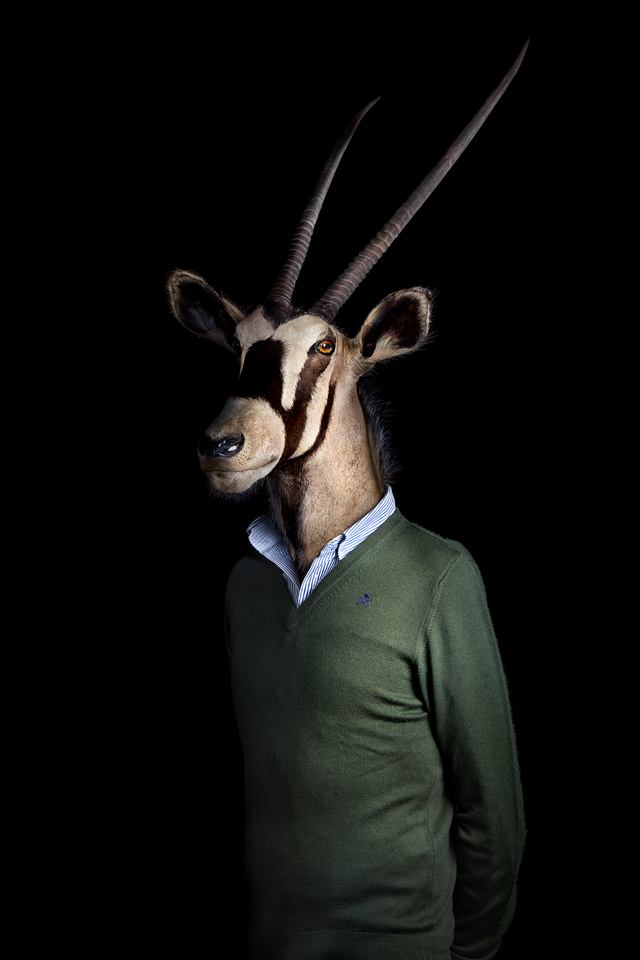 When first encountering this body of photographs Madrid-based advertising and industrial photographer Miguel Vallinas it’s easy to view it as a familiar “animals dressed as people” project. But as you look closer you realize it’s quite a bit more than that. Aside from the solid retouching, lighting and overall execution, Vallinas took this anthropomorphic project a bit further and imagined what the fully-realized wardrobe of each animal might look like if it were wearing human clothes.

Titled Segundas Pieles (Second Skins), the ongoing series includes some 50+ animals whose personalities seem to be perfectly amplified by their pitch-perfect attire, making the portaits just a bit more human than animal. I’m pretty sure the hipster bird in the cardigan works at a coffee shop by my house. The work is a sister project to another series called simply Pieles where the photographer portrays himself in a wide range of professions. (via lustik) 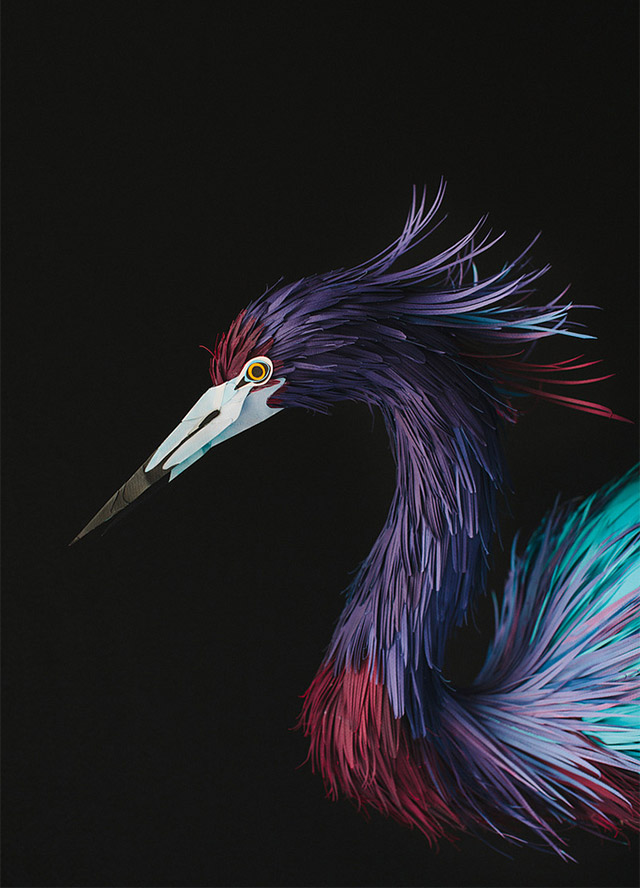 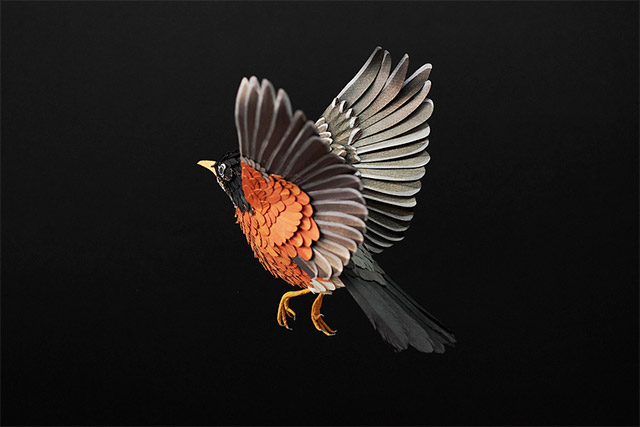 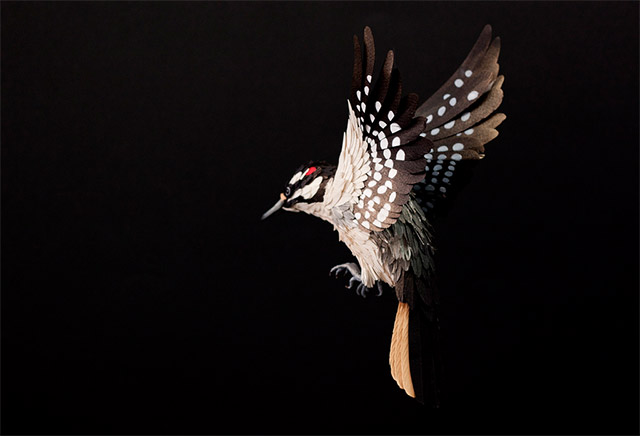 It’s been over a year since we last checked in with paper artist Diana Beltran Herrera (previously here and here) whose skill in crafting the fine details of birds using paper has continued to evolve. Herrera’s work has begun appearing in several galleries and exhibitions around the world including Beers.Lambert Contemporary earlier this year and at the Art and Soul of Paper earlier this spring. She’s currently working on a collection of eight sculptures that will be on view at The Cornell Fine Arts Museum in Florida starting September 17th. See more on Flickr.