Finnish artist Raija Jokinen creates sculptural bodies out of flax which attempt to reveal the complicated relationship between the mind and body. Webs of flowers, veins, and roots cover her textile torsos, shape-shifting between plant and human forms. Jokinen invites the audience to get lost in these visual similarities, as she makes no distinction between whether the pieces are actually nerves or sprouting tree branches.

“It is fascinating how body-related details, such as skin, blood vessels, and nerve tracks resemble the forms of roots or branches, as well as many other organic things,” Jokinen told Colossal. “I am excited in their apparent similarity, infinite variation, and how these visual allegories can be found almost everywhere. These forms are optimal for the life-support functions, and maybe also for our mind.”

Jokinen compares her sculptural practice to painting, using handmade flax rather than paint. An upcoming solo exhibition of her fibrous sculptures opens March 14 at Galleria Uusi Kipinä and runs through April 8. You can see more of her body-based works on her website. 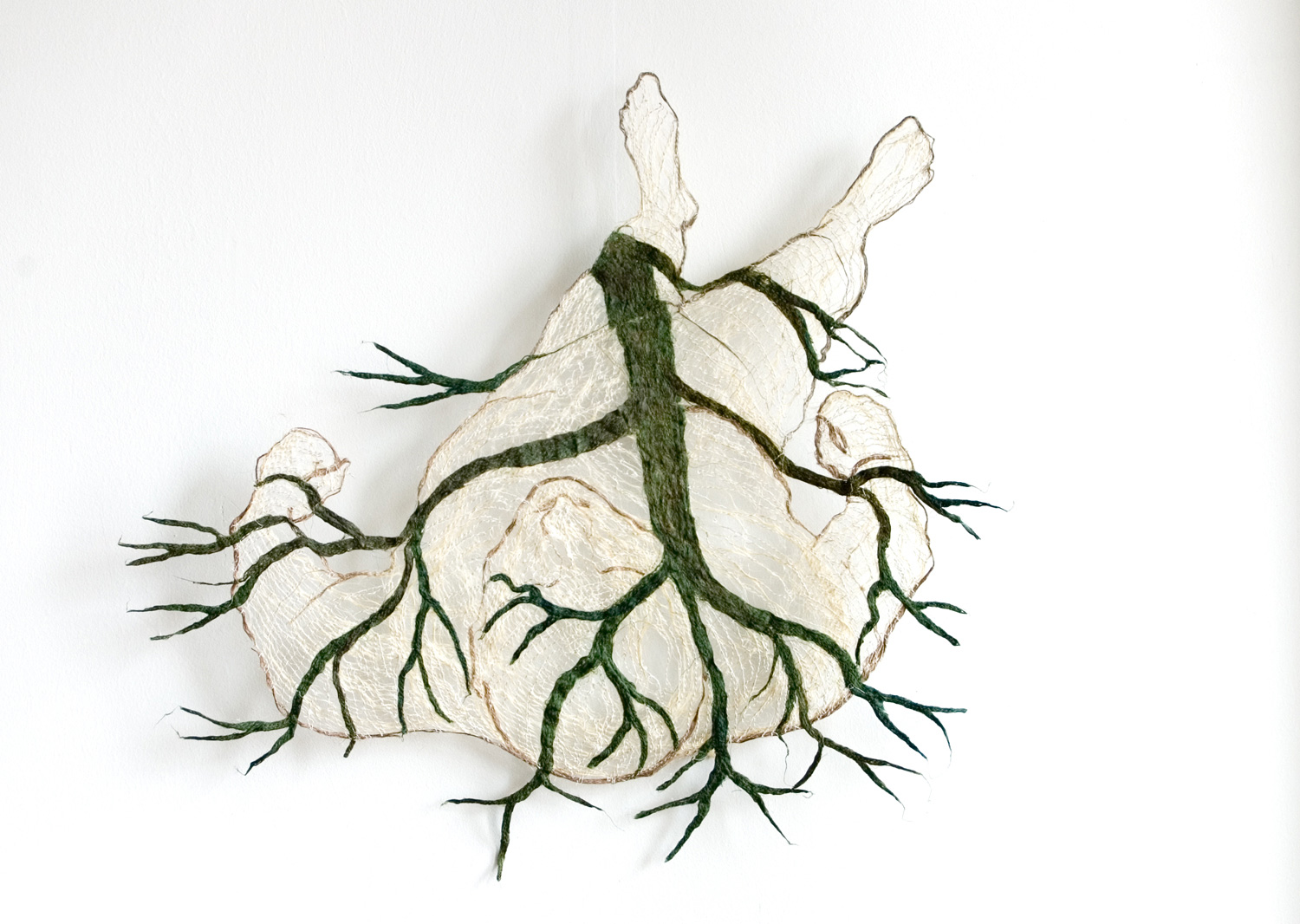 Beijing-based artist Peng Wei places traditional Chinese painting on rice paper to create contemporary sculptures of human legs, shoes, and torsos. These paper-cast works display scenes of the natural and domestic, including lush gardens, animals, and interiors of Chinese homes. Peng has been troubled by the adoption of Western styles of clothing by Chinese women. By painting classical Chinese motifs on Western shoes and other fashion-related items, Peng aims to deny the decline of China’s cultural heritage to rapid globalization.

Peg was born in Chengdu in 1974 and graduated from the Eastern art department of Nankai University with a BA in Literature and an MA in Philosophy. Her works have been collected by the National Art Museum of China, the Hong Kong Museum of Art, the Asian Art Museum of San Francisco, the Guangdong Art Museum, and many more international collections. You can see more of Peng’s paintings and sculptures on Artsy. (via Lustik)