I’ve been wanting to post the work of Michigan-based book artist Thomas Allen for well over a year and was thrilled to see some recently posted works. Allen creates vivid illustrations using figures cut and folded from old books. If you haven’t seen some of his earlier pieces made from vintage pulp fiction novels, head on over to Foley Gallery for a real treat. (via super punch) 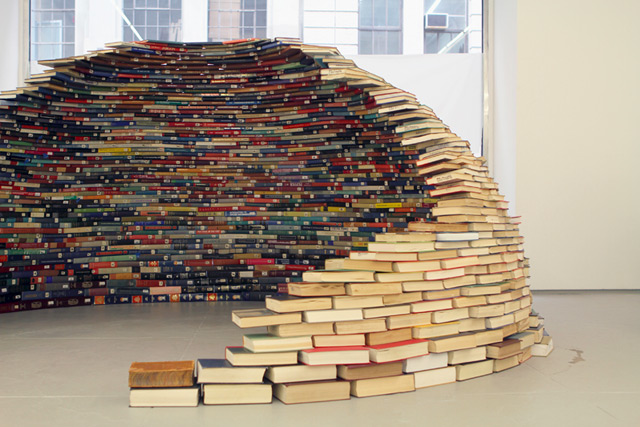 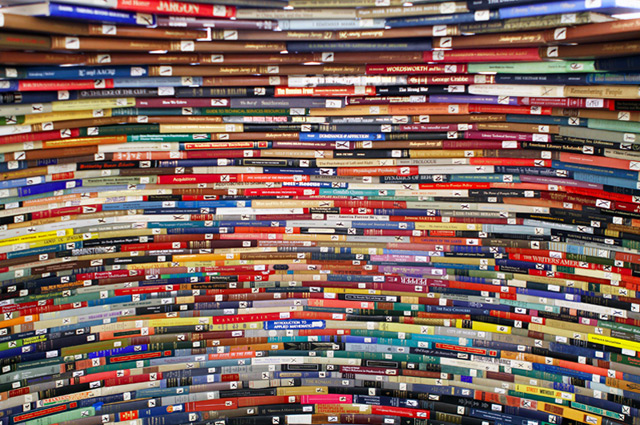 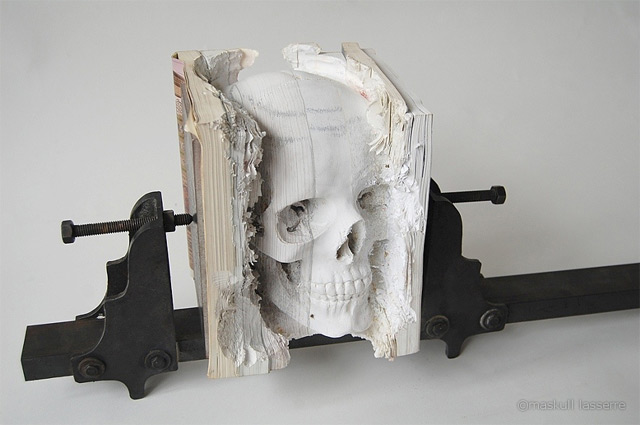