After more than a decade of renovations by architect Bruno Gaudin, the Bibliothèque Nationale de France reopened last fall with more light and space to view both the massive collections and the original Beaux-Arts features of the space.

Spread across two sites, the Richelieu and François-Mitterrand, the now-updated repository at Richelieu dates back to the 18th century. French architect Henri Labrouste originally designed the main reading room, known as the Salle Ovale, which is largely preserved with a vaulted glass ceiling spanning 60 feet, mosaics cloaking the ceilings, and hundreds of thousands of volumes lining the perimeter and interior shelves. The regal space is now open to the public for the first time.

For the renovation, Gaudin added a large, steel and aluminum staircase that spirals toward the upper floors, which house a museum and the nearly 150-foot-long Mazarin Gallery with its Baroque frescoed ceiling. A glass walkway with an angular, sloping roof connects the east and west sides of the library, and the architect added a new entrance for greater accessibility.

Alongside books, the library also stores a vast array of historical documents and artworks totaling 22 million objects. Inside its halls, you’ll find the second-largest collection of Greek vases in the world, original prints from Rembrandt and Picasso, an engraving by Matisse, a Gutenberg Bible, and Charlemagne’s ivory chess set, to name a few. 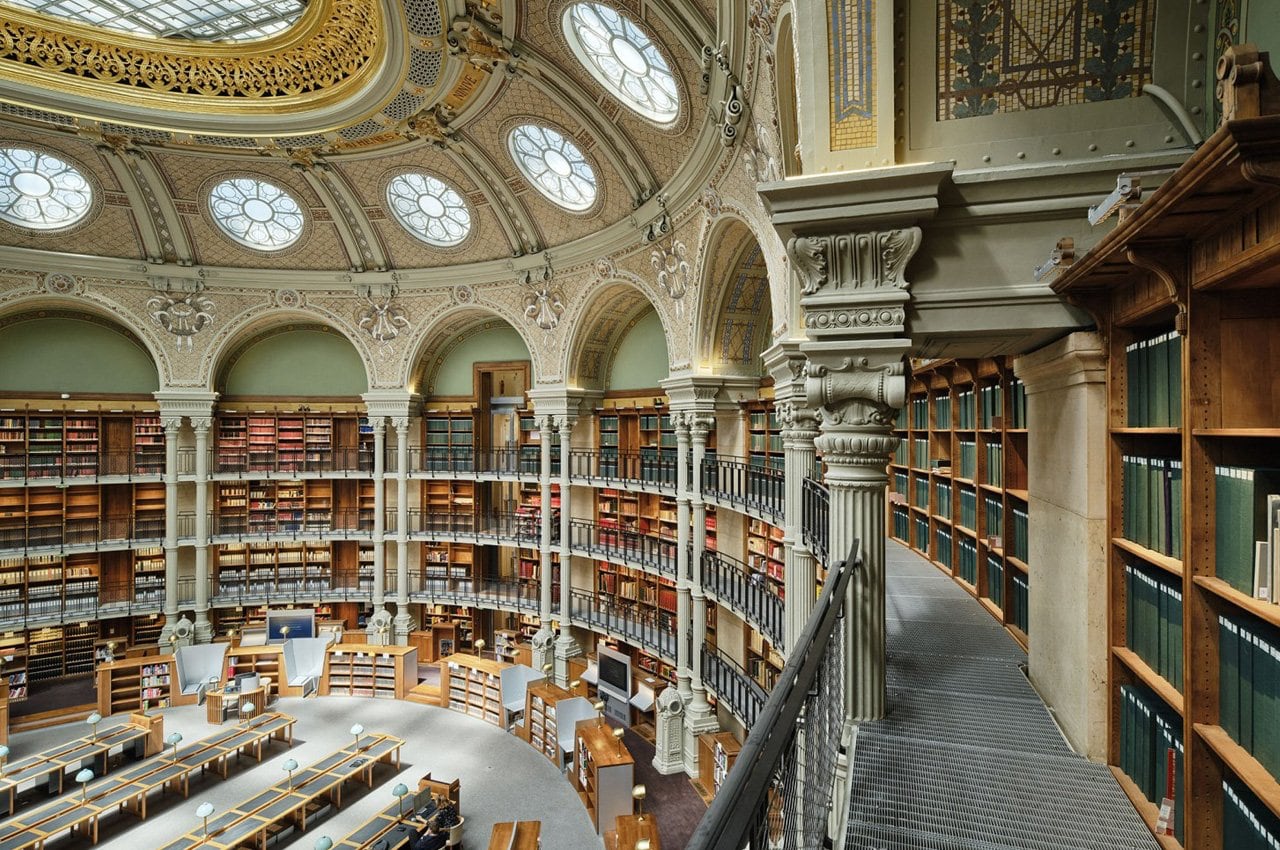 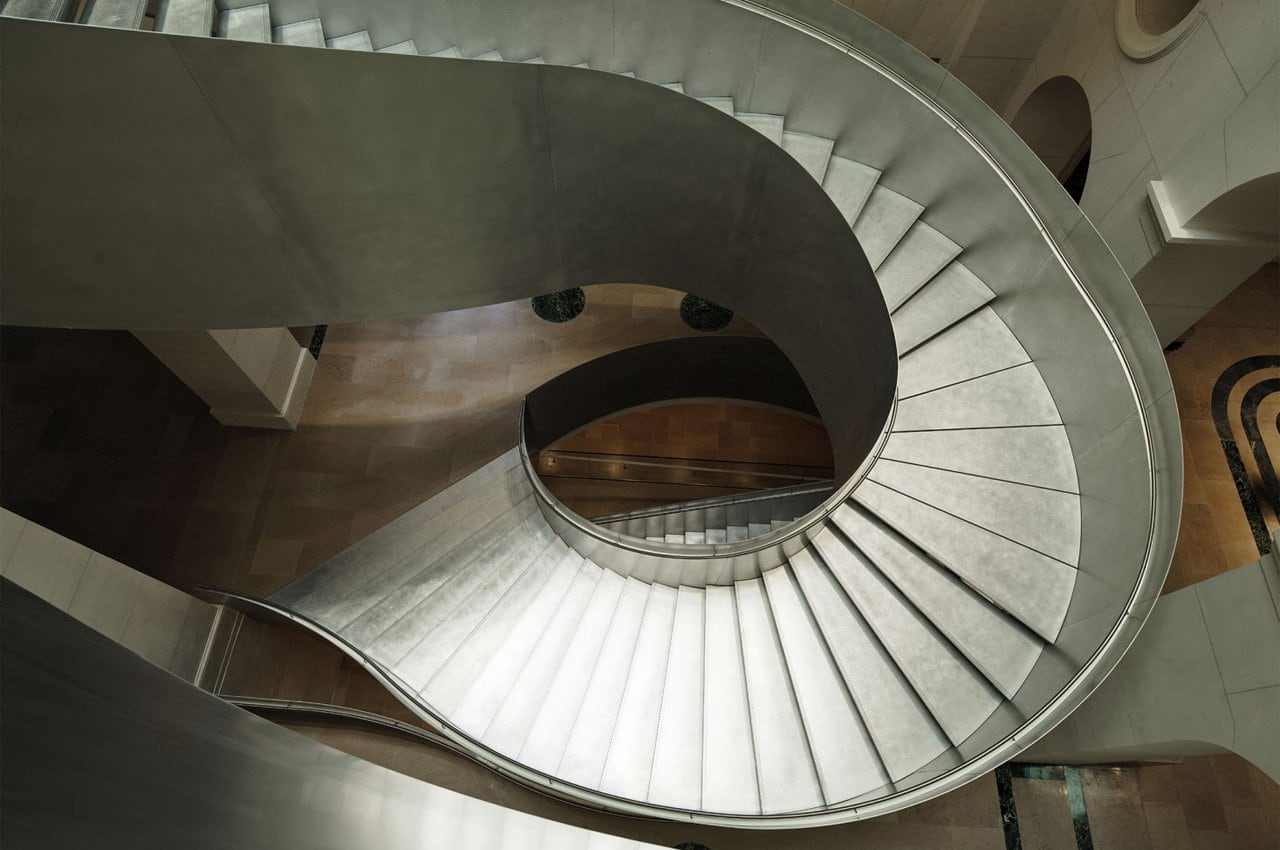 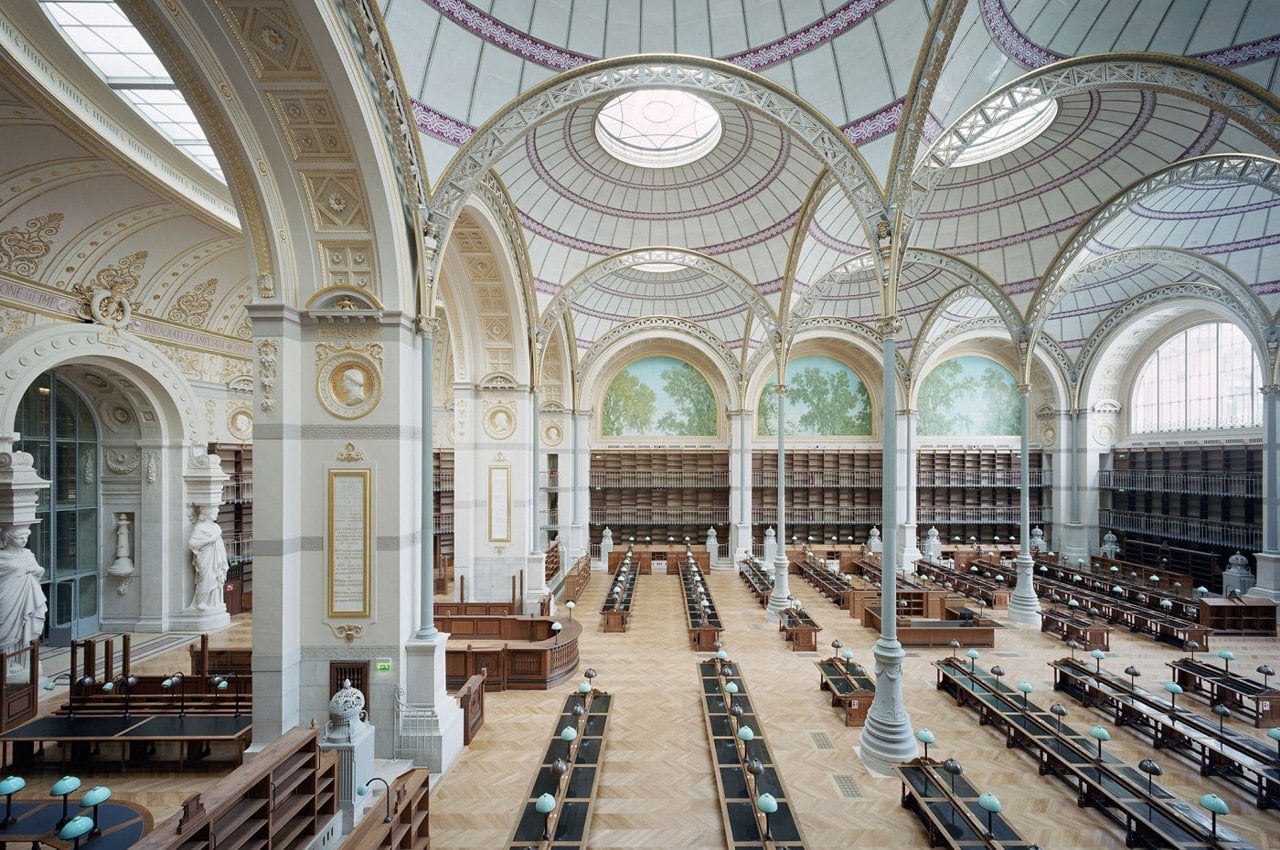