Echinopsis cacti have some of the most brilliant flowers of any cactus, with vibrantly colored petals and explosive blooms that look almost like bursting fireworks. The trick is actually seeing it. The cacti bloom only late at night, and even then only for a few hours. The peak moment of beauty may only last an hour.

Lucky for us, Echinopsis enthusiast Greg Krehel has a knack for catching these blooming succulents in the act. When one of his specimens looks like it’s about to bloom, Krehel brings it inside and films it overnight with a special HD time-lapse setup. Gathered in this video is a montage of his favorite shots from the 2014 season, and he’s already posting new videos from this spring on Vimeo. (via National Geographic)

Hyperrealistic Cactus Paintings that Bristle with Detail by Lee Kwang-ho With deftly applied strokes of paint scarcely wider than a hair, Korean painter Lee Kwang-ho creates towering renderings of cacti that bristle with thorns and tangled branches. The colorful oil paintings can reach up to 8 feet tall, an imposing scale with ample room for tediously composed details that push each work into the realm of hyperrealism. You can explore more of Kwang-ho ‘s work at Artsy and Atelier Aki. (via Juxtapoz, Hi-Fructose, Beautiful/Decay) 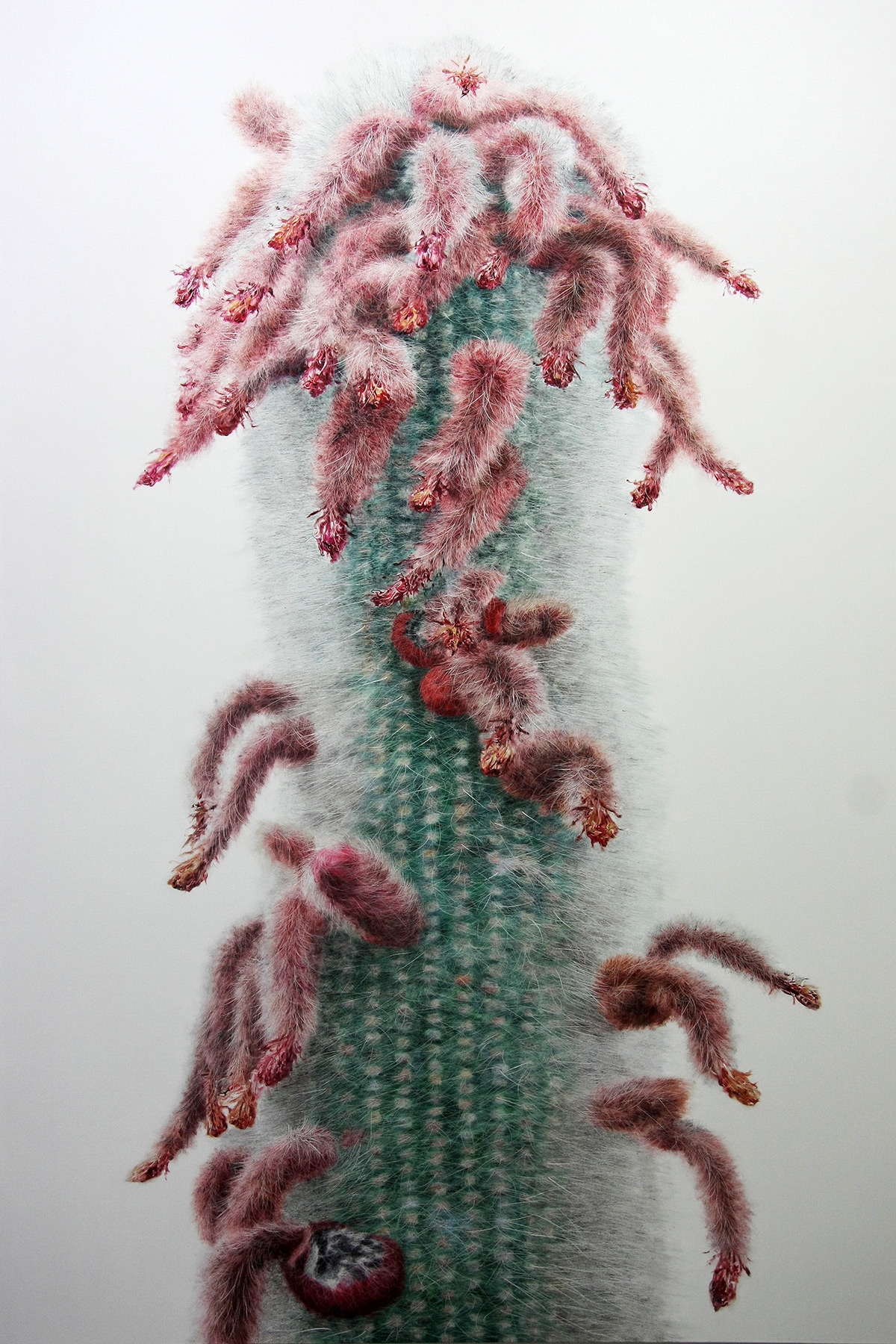