“‘Heliographies of Memory’ consist in a series of photographs that capture the calligraphic gesture, the very moment where the action of inscription is taking place,” said Dokins. “…The texts are written with light, so the words disappear as soon as they were suggested by the moves of the calligrapher, invisible to the simple eye, they just can be captured by a process of long-exposure photography, that reveal what happened, even though no one could see it.”

Dokins collaborates with photographer Leonardo Luna to capture each of his ephemeral interventions. Together they opened the 2017 OASTRALE Biennale of Contemporary Art in Dresden with a choreographed calligraphy presentation. You can see more images of their project Heliographies of Memory on Dokins’ Instagram and Facebook. (via I Support Street Art) 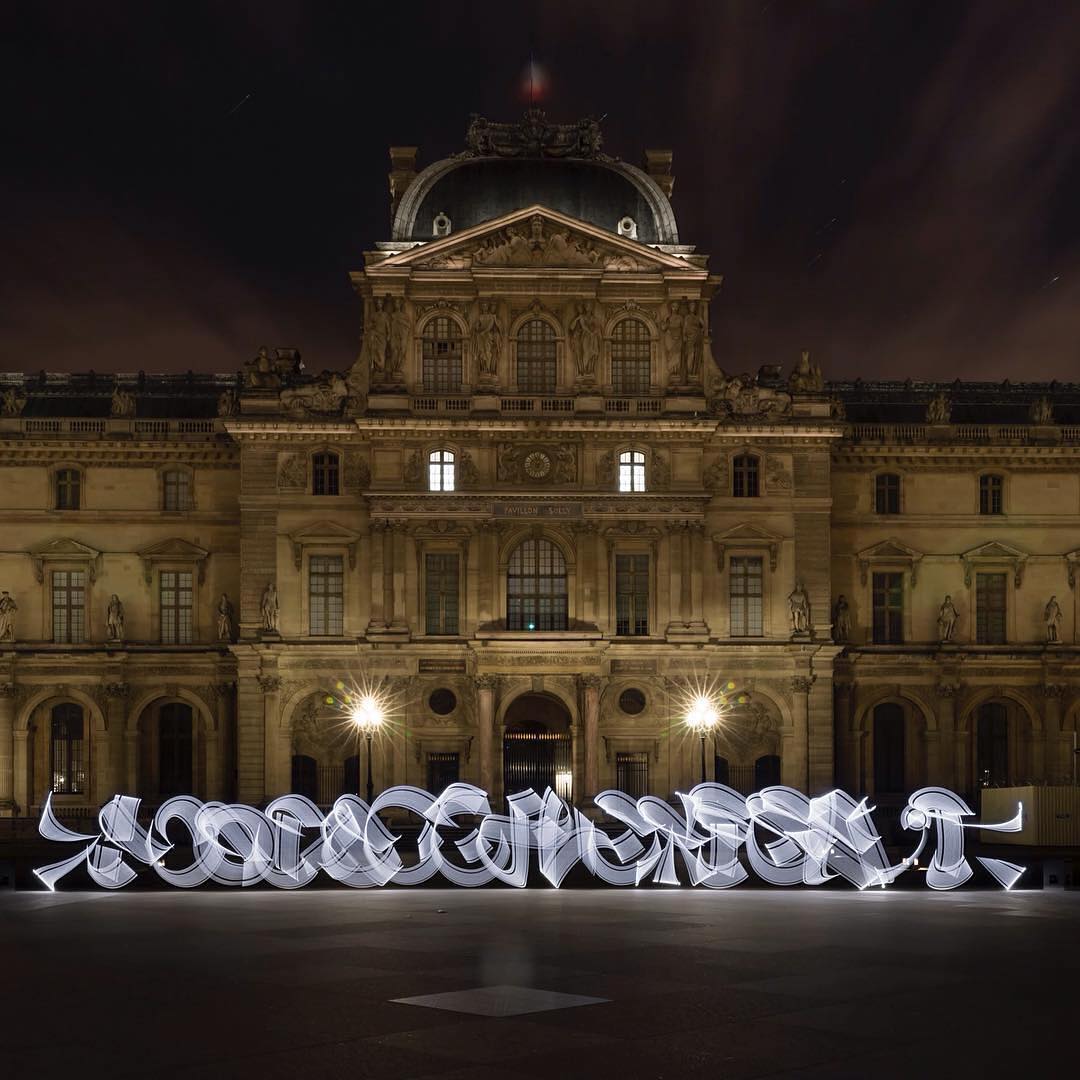 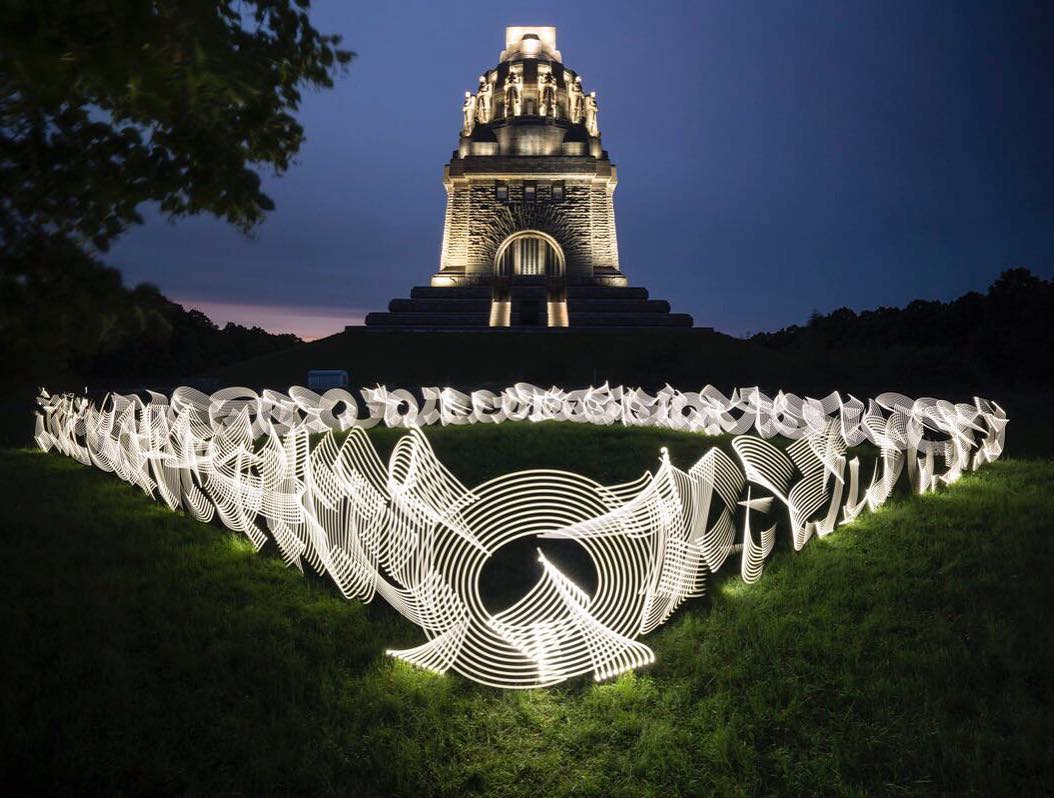 Calligraphy master Seb Lester (previously) has been sharing quick videos of watery handwriting experiments on his Instagram account. Each word or phrase begins with a scribble of water or an array of droplets to which he then uses a dropper to apply color. Seen here are some highlights but it hardly even scratches the surface. Much more here. (via Quipsologies) 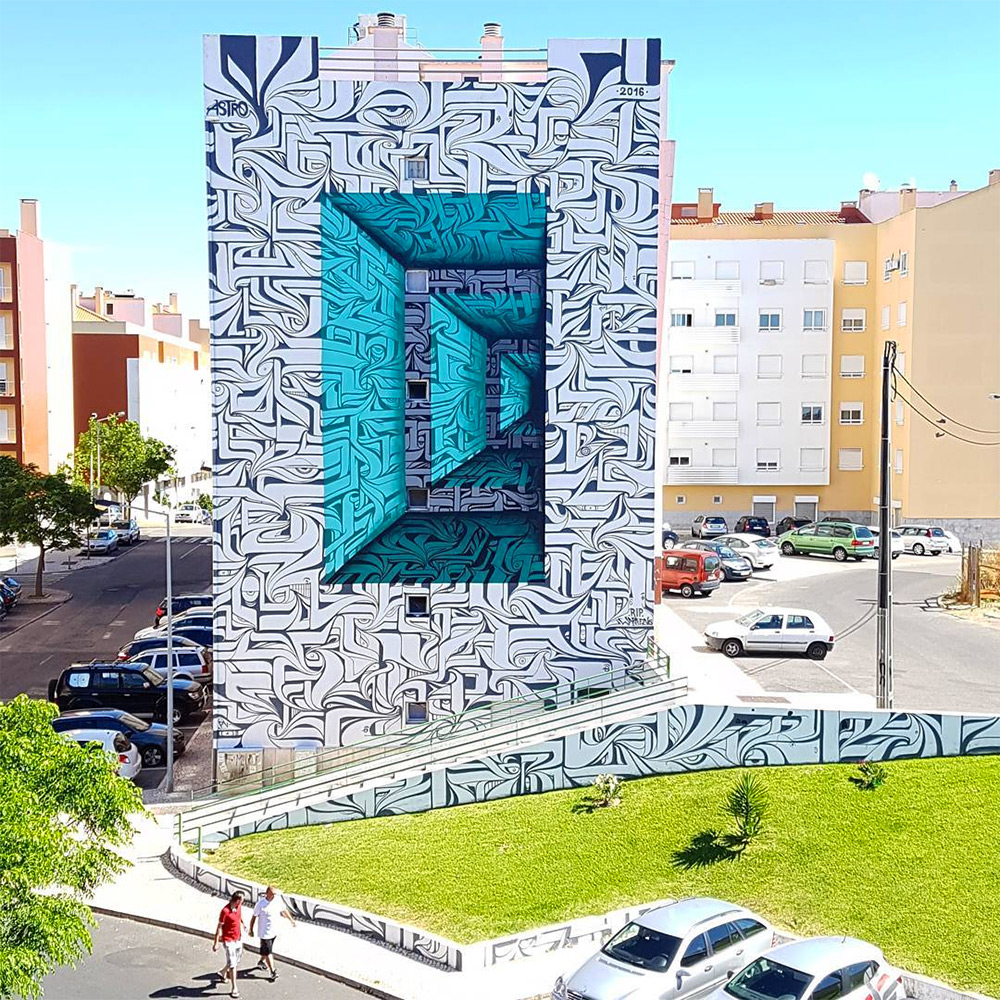 French street artist Astro brings an interesting sense of perspective to his public murals that turn flat surfaces into portals that appear to recede into another dimension. Already known for his wild calligraphy-inspired patterns, the artist has begun to incorporate 3D illusions with the help of shadows to create tunnels and voids at the center of his works. Astro’s latest piece was recently completed as part of the Loures Art Publica project in Loures, Portugal. You can see more of his work on Instagram. (via My Modern Met, Designboom) Istanbul-based graphic designer Tolga Girgin (previously) continues to experiment with 3D calligraphic letterforms by adding shading and photographing his pieces from just the right perspective. The effect is uncanny as the logos, words, and figures seem to curl up and hover just above the page of his sketchbook. See more by following along on Instagram.