Imaginative Industrial Flying Machines Made From Cardboard by Daniel Agdag If you want to create detailed and imaginative flying machine sculptures that look like they’re about to take flight, cardboard is hardly the material to use. Unless of course you’re artist Daniel Agdag (previously), who has been toiling away creating a series of new works each more detailed and fascinating than the next. “The Principles of Aerodynamics” is Agdag’s first solo exhibition where his series of cardboard contraptions that portray his “ongoing pursuit of escape through the metaphor of flight” will be on display through Aug 31, 2014.

As he’s done in the past, Agdag forfeits all blueprints, drawings and plans choosing, instead, to work only from mind and scalpel. His industrial beasts–get close and you can almost smell the oil and smoke; hear the clanking and buzzing–come together only from sliced cardboard hinged with glue. 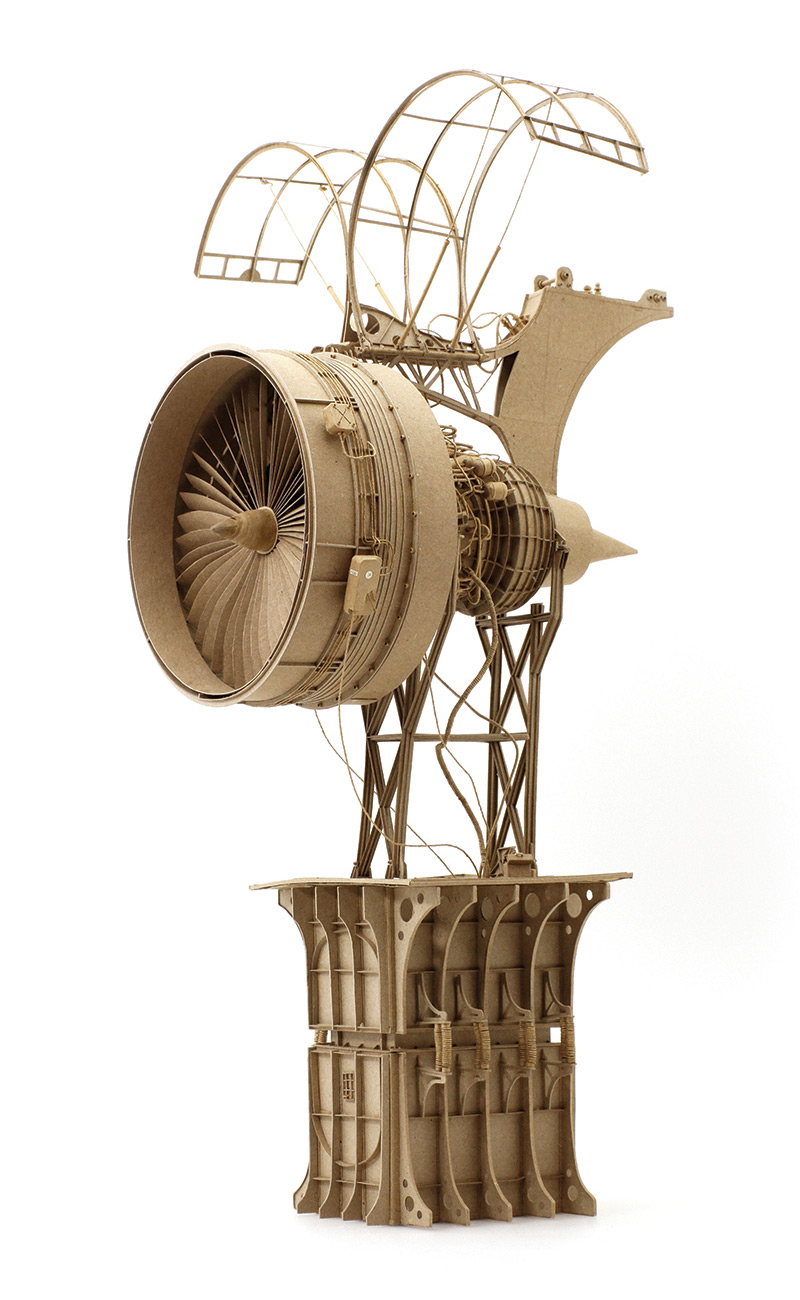 If you ask Melbourne-based artist Daniel Agdag what he does, he’ll tell you that he makes things out of cardboard. However this statement hardly captures the absurd complexity and detail of his boxboard and PVA glue sculptures that push the limits of the medium. Agdag is an award-winning creator of stop-motion films and this new series of work, Sets for a Film I’ll Never Make, feature a number of his structural experiments which he refers to simply as “sketching with cardboard”. Miraculously, each work is created without detailed plans or drawings and are almost wholly improvised as he works. You can see these latest sculptures at Off the Kerb Gallery starting October 26, 2012 in Melbourne’s inner north suburb of Collingwood. We had to make a Typo-poster for the ABC-House (Art Basics for Children) that would both speak to the children and their parents. The type is completely made out of boxes. It says: “Teaching is the art of assisting discovery”

Bad Things That Could Happen

Wow it’s like if Michel Gondry directed Oompa Loompas. A film by This Is It.