A Mercedes V12 Engine Built with Hand-Forged Components of Bone, Wood, Fossils and 50 Other Materials This new sculptural piece by artist Eric van Hove might take the cake for labor-intensive automotive art. After receiving a Cda-Projects Grant, the artist headed to Morrocco to create V12 Laraki, an excruciatingly detailed Mercedes V12 engine built from 53 materials that were hand-forged from 35 master craftsmen from various regions in Morocco.

While the engine is of course not meant to be functional, the piece acts as an incredible testament to Moroccan craft, as well as a fascinating amalgam of natural resources and materials found in the region. You can learn more about the project on the artists website and over on Facebook. The Beetle Sphere: An Actual 1953 VW Beetle Formed into a Perfect Sphere by Ichwan Noor This month marked a significant milestone for one of the world’s most famed art fairs as China hosted Art Basel Hong Kong for the first time. With over half of the galleries exhibiting at the fair originating from Asia and Asia-Pacific, Art Basel shined a bright international light on hundreds of artists who were relatively unknown outside of their respective regions.

One such artist was Jakarta-based sculptor Ichwan Noor with Mondecor Jakarta who arrived with this giant sculpture of a 1953 Volkswagen Beetle that, combined with polyester and aluminum, has been morphed into a perfect sphere. Apparently this is one in a series of spherical (and cubical!) vehicles by the artist, but he also works in a variety of other subjects including anatomical forms. To see more coverage of Art Basel Hong Kong, head over to Juxtapoz that has two galleries of photos, Part 1 and Part 2. 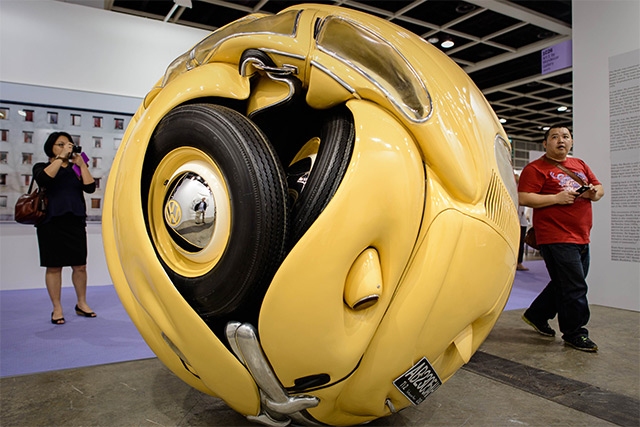 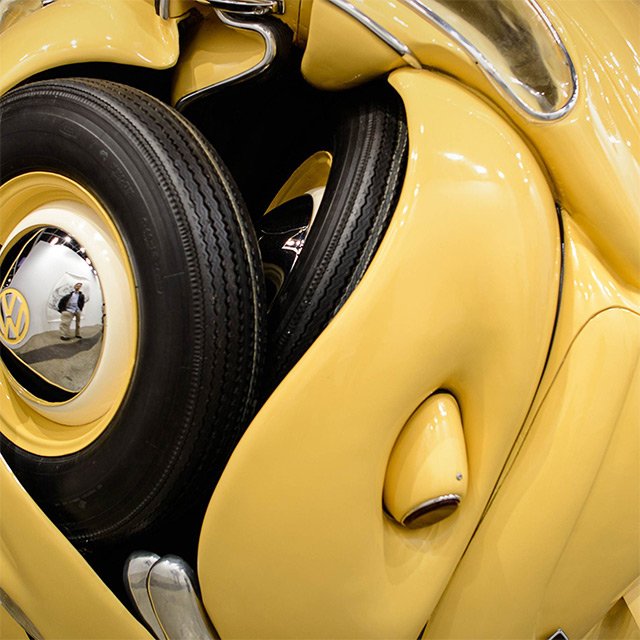