Danish artist HuskMitNavn (which translates to “Remember My Name”) is a painter, muralist, and compulsive doodler who creates clever three-dimensional drawings. The simple constructions are made from paper and pen, and depict cartoon characters in humorous situations like Mario avoiding an arsenal of tumbling barrels thrown by a looming Donkey Kong.

“It’s a long (and ongoing) process coming up with the 3D drawings,” HuskMitNavn tells Colossal. “I have been making so many drawing on flat paper my whole life and one day a few years ago I just started to experiment with the paper to see if could add another dimension to it. The idea is to make it very simple only using A4 size paper and a pen. No scissors or glue. I want everybody to join in and also try to 3D drawings at the kitchen table.”

HuskMitNavn has an upcoming solo exhibition titled TEGN at Nikolaj Kunsthal in Copenhagen from August 29, 2018 through January 2019. You can a variety of the artist’s cross-media work on his website and dozens more of his ripped drawings on Instagram. 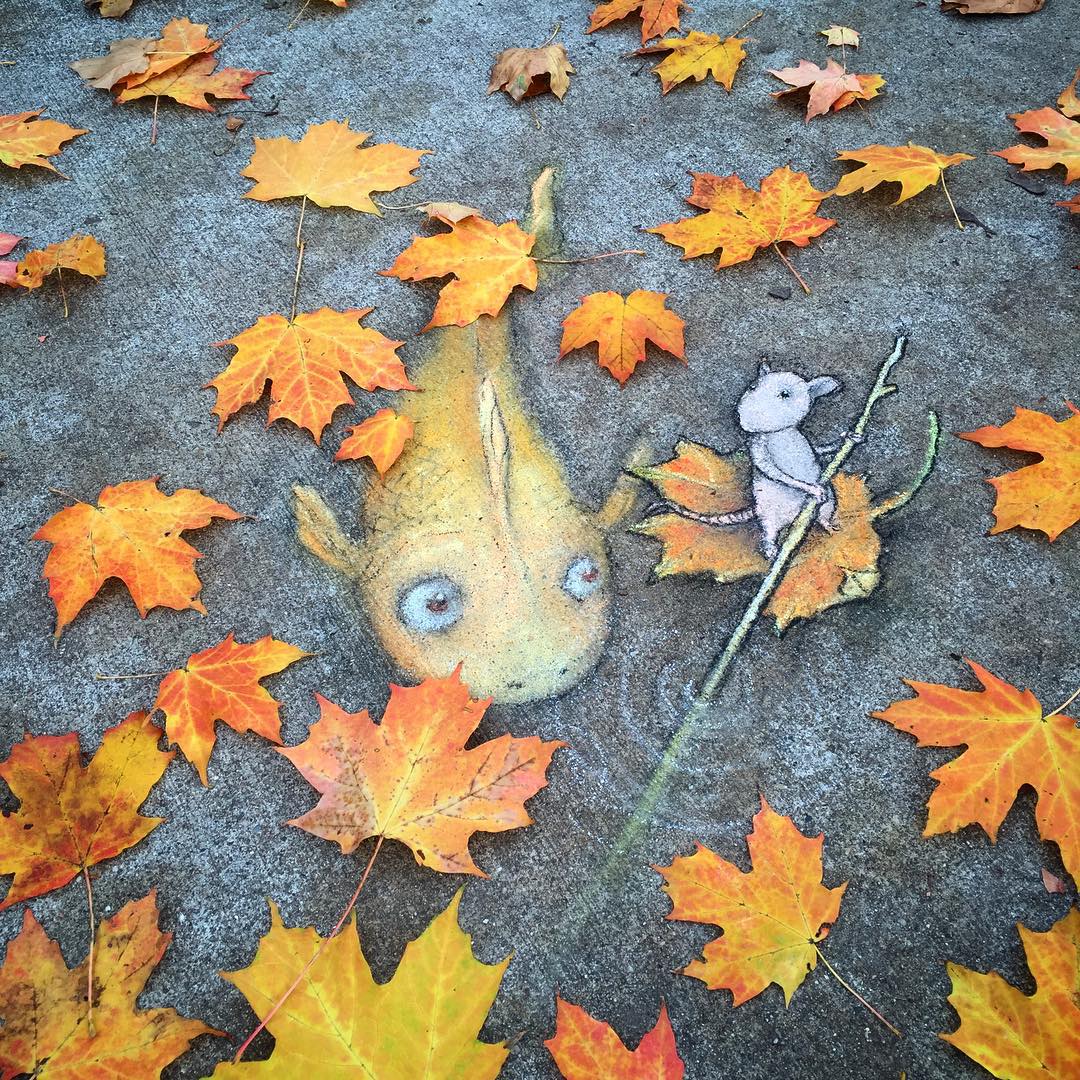 Michigan illustrator David Zinn (previously) has brightened the streets of Ann Arbor with his off-the-wall (or technically on-the-wall) chalk drawings since 1987. The artist works with chalk or charcoal to create site-specific artworks that usually incorporate surrounding features like cracks, street infrastructure, or found objects. Over the years he’s developed a regular cast of recurring characters including a bright green monster named Sluggo and a “phlegmatic flying pig” named Philomena.

Many of Zinn’s artworks are available as archival prints, and he recently published a new book titled Temporary Preserves. You can follow his almost daily street chalk adventures on Instagram and Facebook. 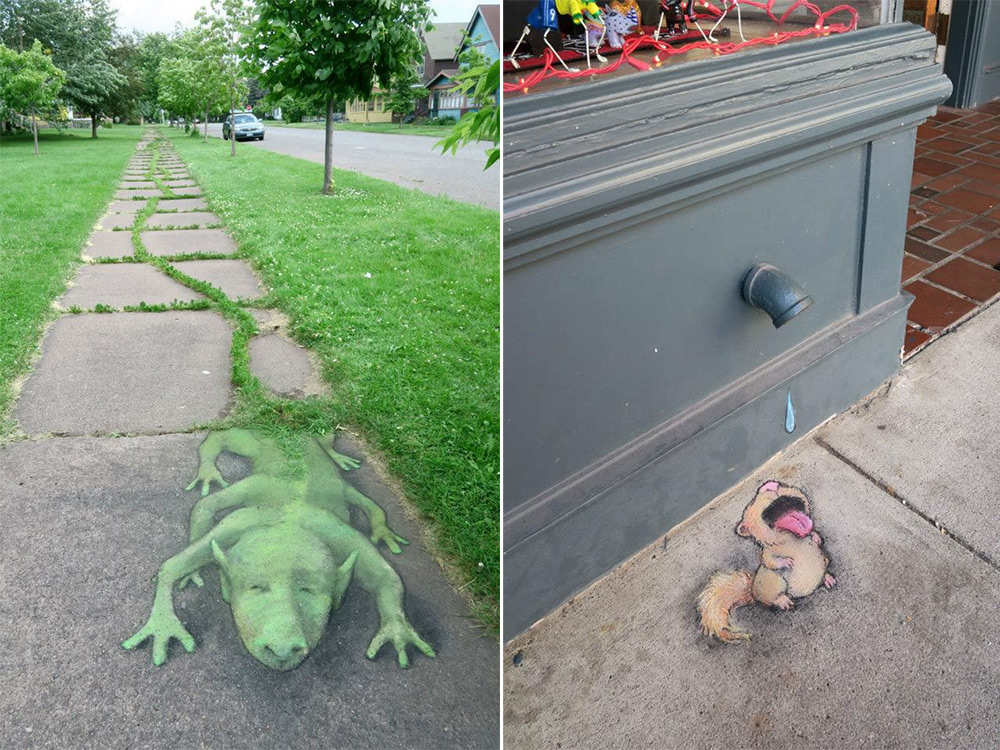 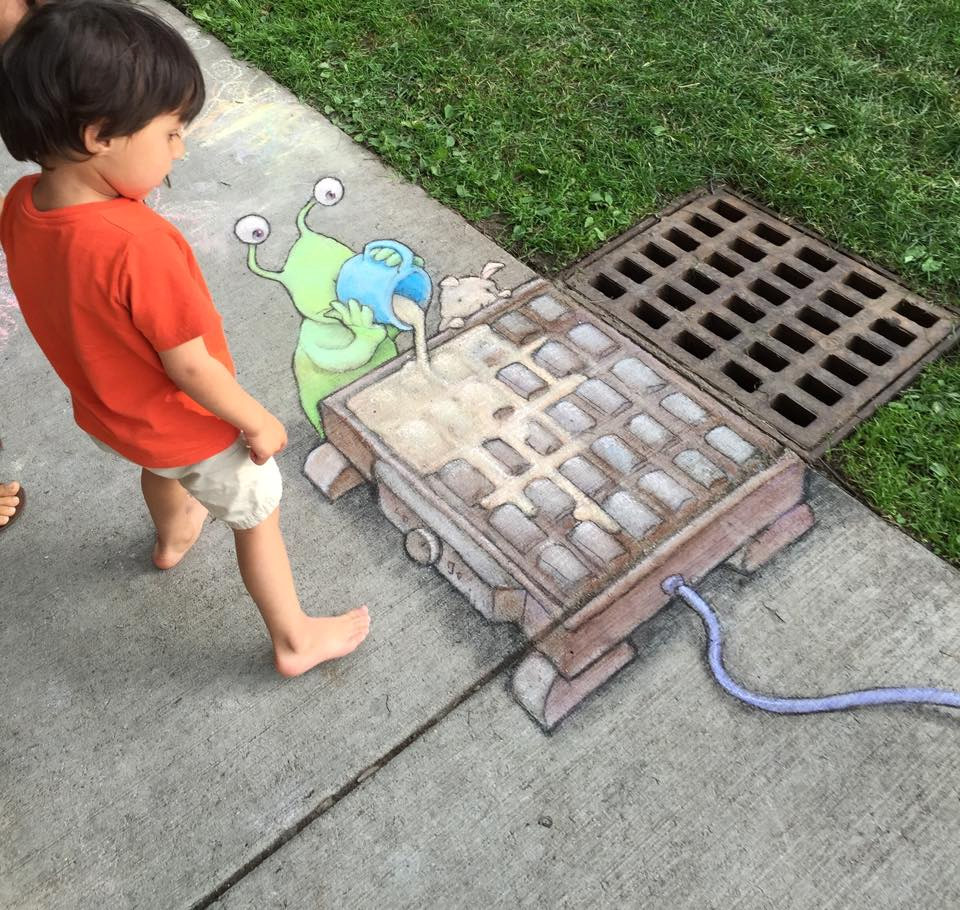 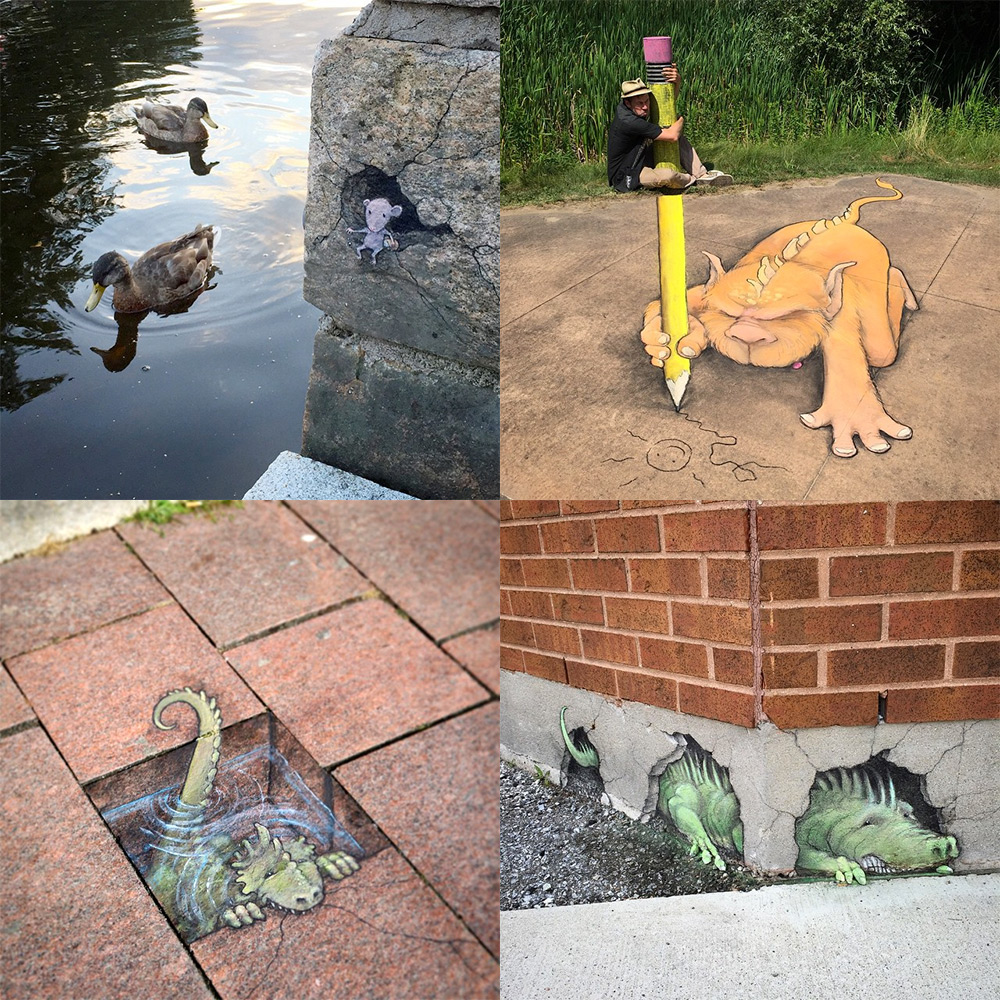 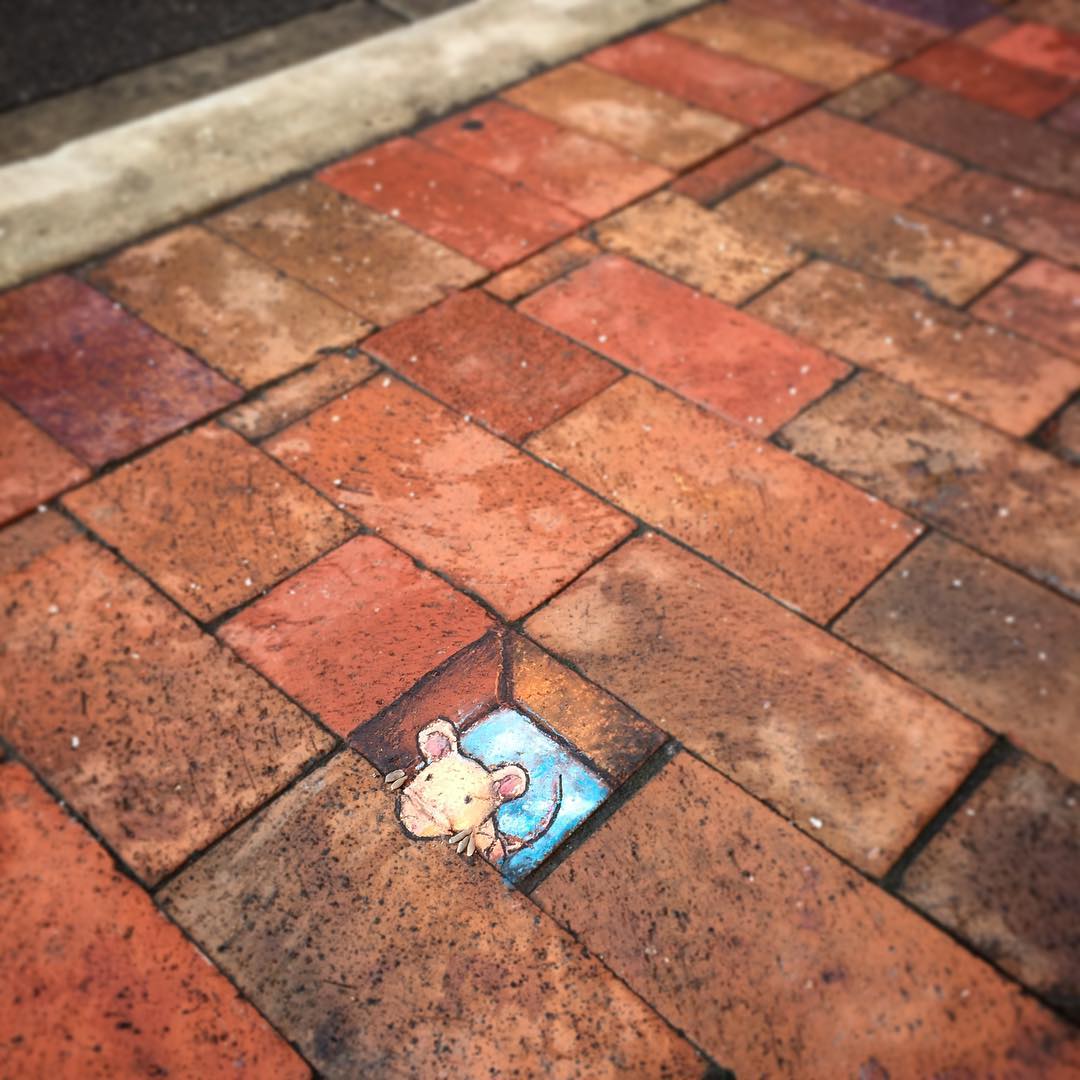 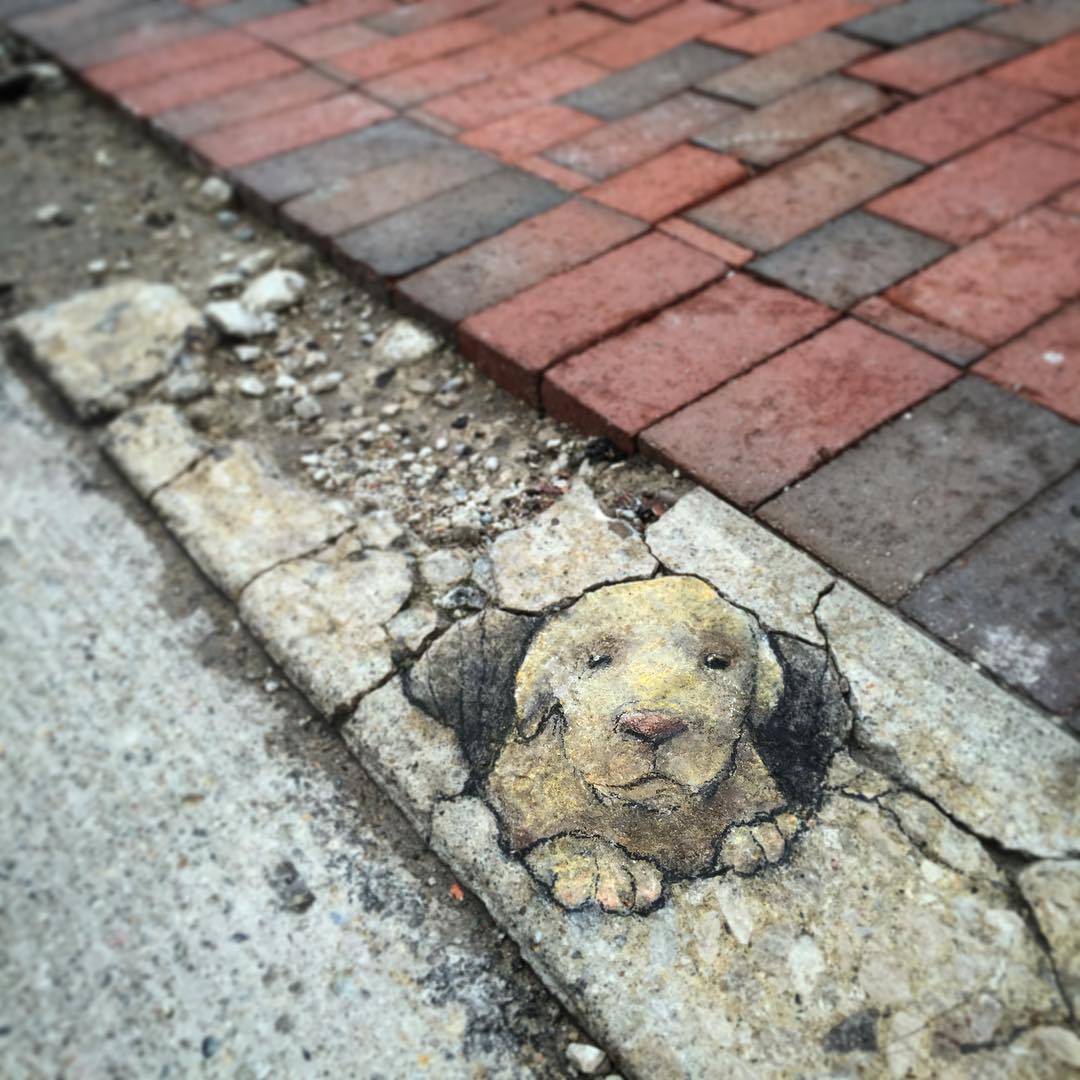 A Shadowy Snoopy on the Streets of Saint-Etienne, France by OakOak 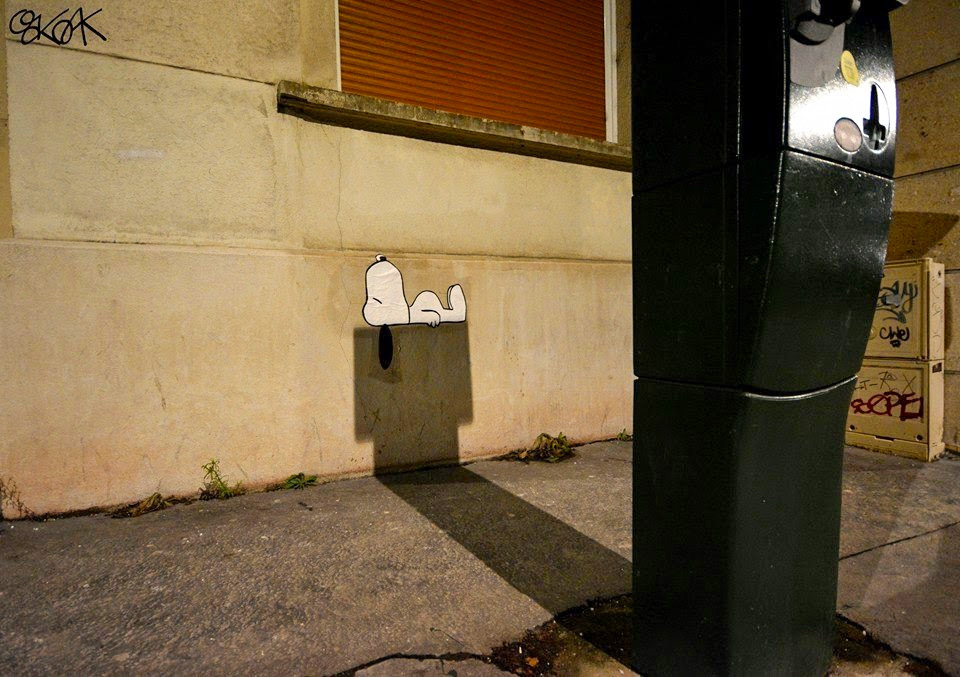 Street artist OakOak (previously) transformed a parking meter shadow into a perfect silhouette of Snoopy’s famous dog house this past Valentine’s Day in Saint-Etienne, France. You can see more of his recent street interventions here. (via StreetArtNews, Laughing Squid) 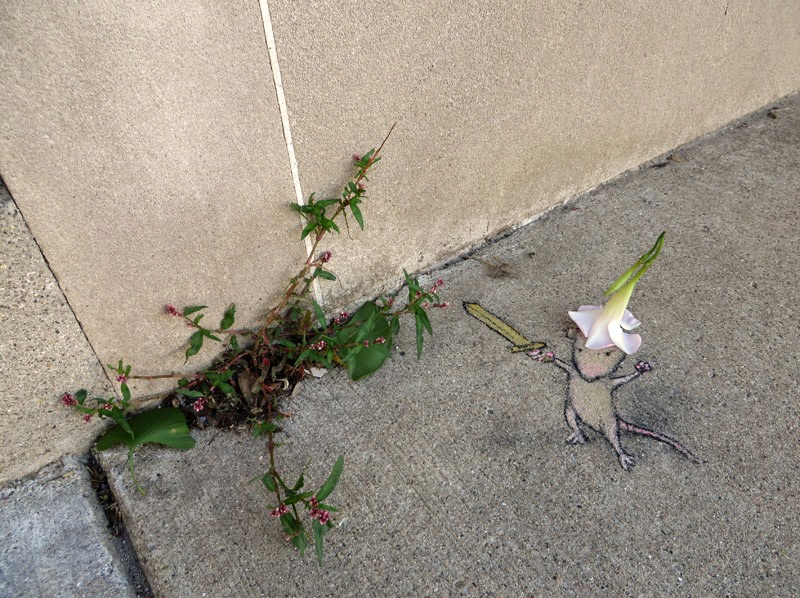 Since 1987, artist and illustrator David Zinn has stalked the streets of Ann Arbor, Michigan, creating temporary illustrations with chalk and charcoal. Zinn improvises each piece on the spot and makes use of found objects, street fixtures, and stairsteps to create trompe l’oeil illusions. These are some of our favorite pieces from the last few months, but you can see plenty more on Facebook and in his 2013 book Lost & Unfounded: Street Art by David Zinn. All photos courtesy the artist. (via Street Art Utopia) 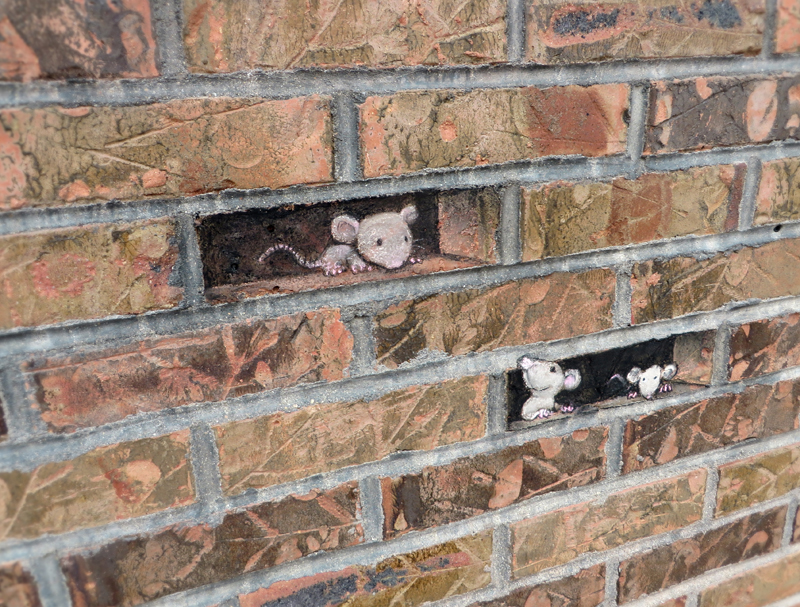 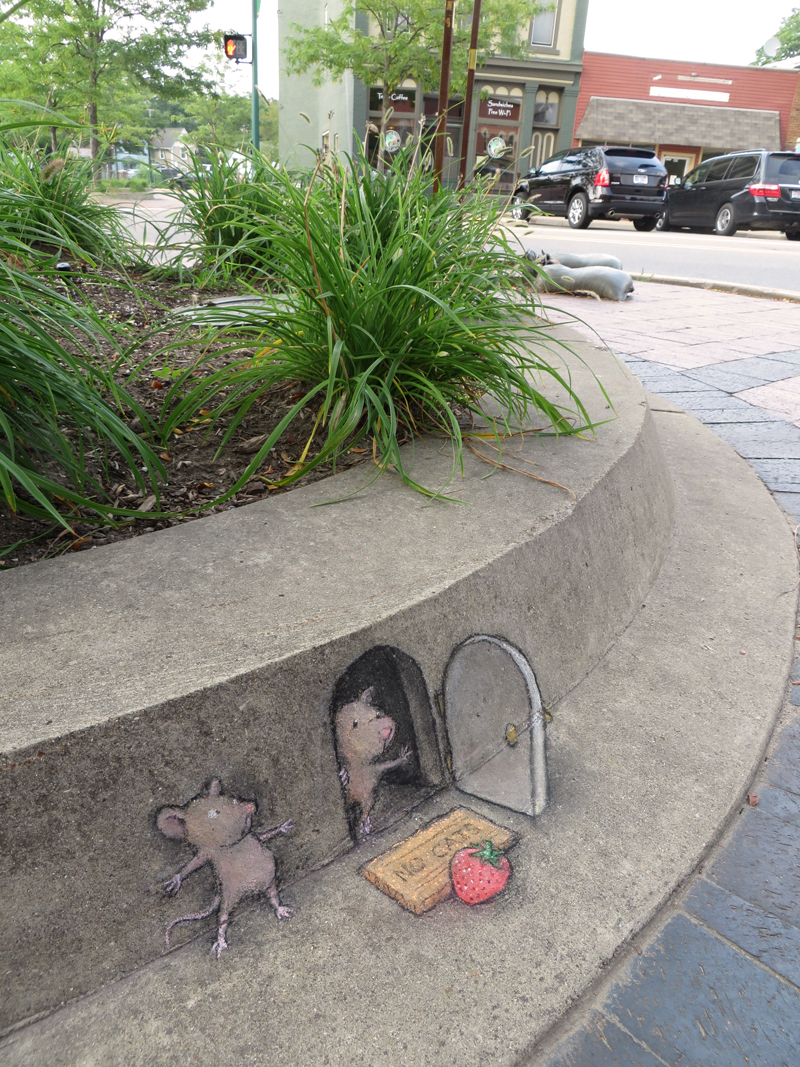 Children’s Book Characters Arm Themselves for the Looming Fairytale Apocalypse