With origins that date back as far as the Tang Dynasty (around the year ~700), the Chinese craft of Dongyang wood carving is regarded by many to be one of the most elegant forms of relief carving in the world. The craft is still practiced in a few workshops in the region of Dongyang, China, and most commonly appears as ornate decoration on ‘everyday’ objects such as cases, cabinets, stools, desks and tables.

Perhaps the most ambitious manifestation of Dongyang wood carving is seen on enormous mural-like panels intended to be hung as artwork as seen here. You can see a few more examples via Lustik, Orientally Yours, Michael Lai, and XDYMD.COM 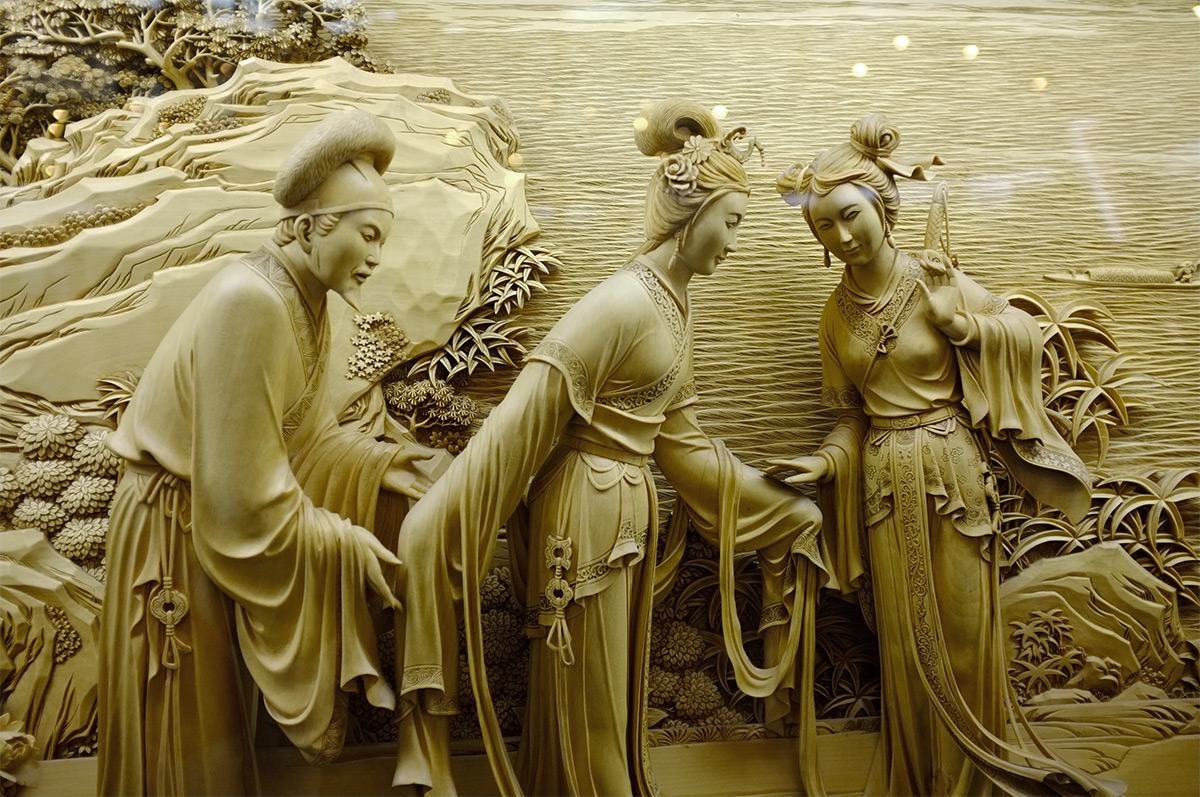 Producing work since 1974, Japanese artist and jeweler Shinji Nakaba infuses all matter of anatomical forms, skulls, and flowers into what he describes as “wearable sculptures.” The pieces come in all shapes and sizes, but his most prolific series involves human and animal skulls carved from oyster pearls and attached to rings, necklaces, and brooches. In addition to selling pieces through his online shop, Nakaba’s work has been shown at the Montreal Museum of Fine Arts and the Museum of Arts & Design in New York, as well as several galleries and museums around Japan. You can see more of his jewelry designs and pearl carvings on his website. (via Colossal Submissions) Hey it’s Friday and it’s summer, so here’s Italian sculptor Valeriano Fatica carving an awesome dragon head out of a watermelon. I especially love how he accomplished the details of the scales that seem to gradually emerge from the flesh of the melon. You can explore a bit more of Fatica’s fruit and vegetable carving here. (via Laughing Squid) 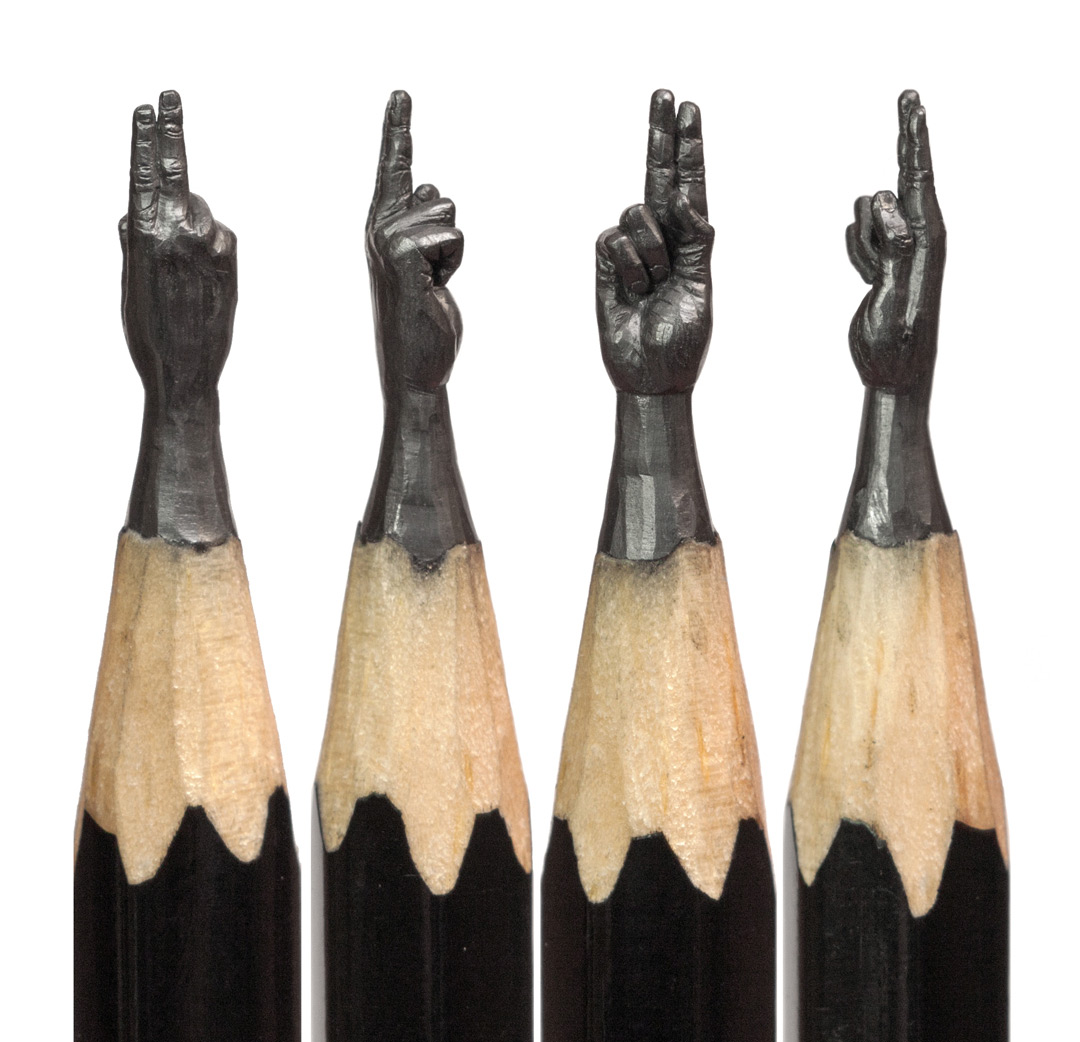 Starting with carpenter and art pencils containing thick leads, Russian artist Salavat Fidai uses an X-ACTO knife to carve miniature renderings of hands, buildings, and various characters from pop culture. The delicate process requires a good understanding of how much pressure the lead can withstand, but even then mistakes are inevitable. The Ufa-based artist is fascinated by all things miniature, and also paints on seeds and matchboxes. Watch the timelapse below to see his process for carving an entire replica of the Eiffel Tower.

You can follow Fidai on Instagram, and some of his pieces occasionally end up in his shop. If you liked this, also check out pencil carvings by Diem Chau and Dalton Ghetti. 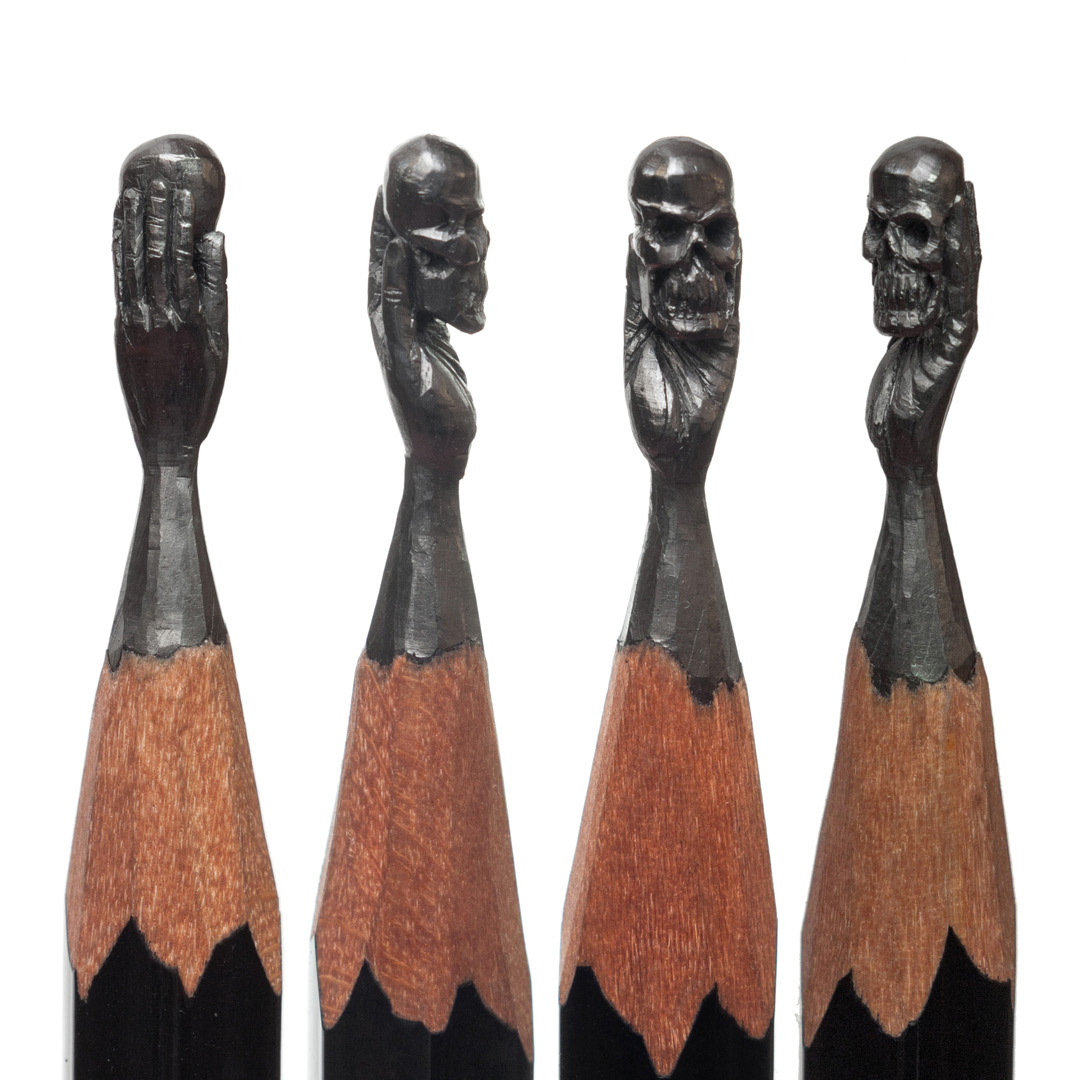 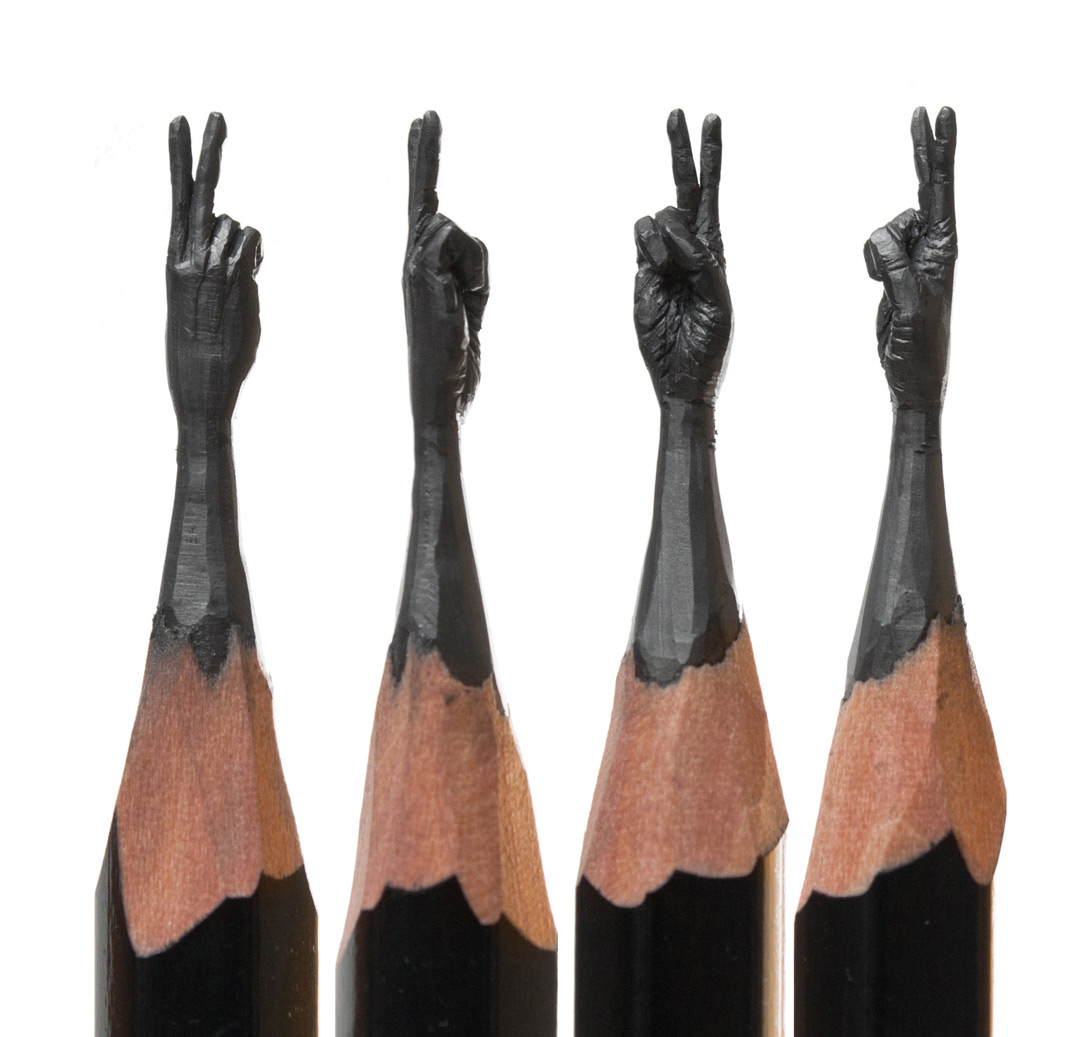 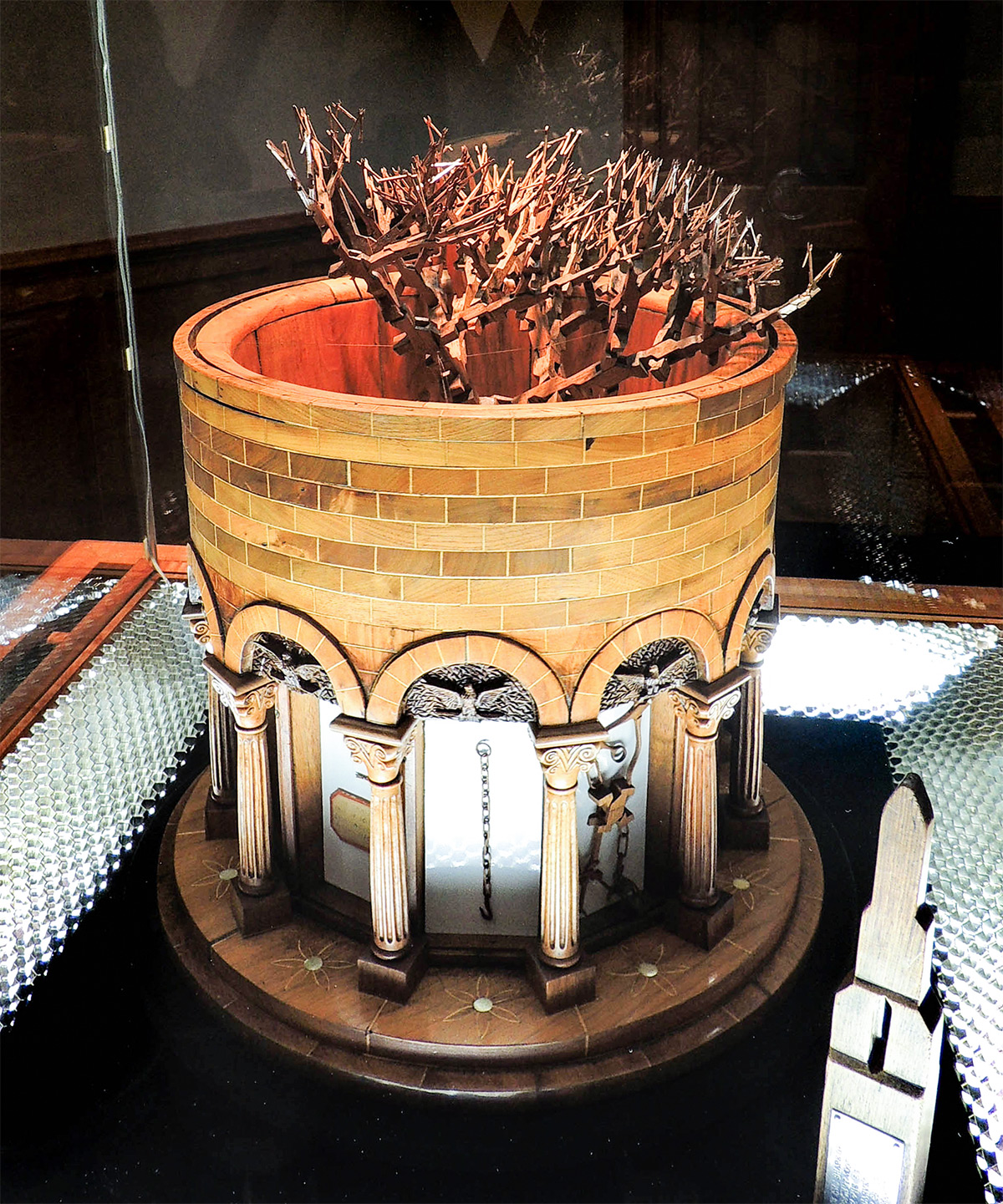 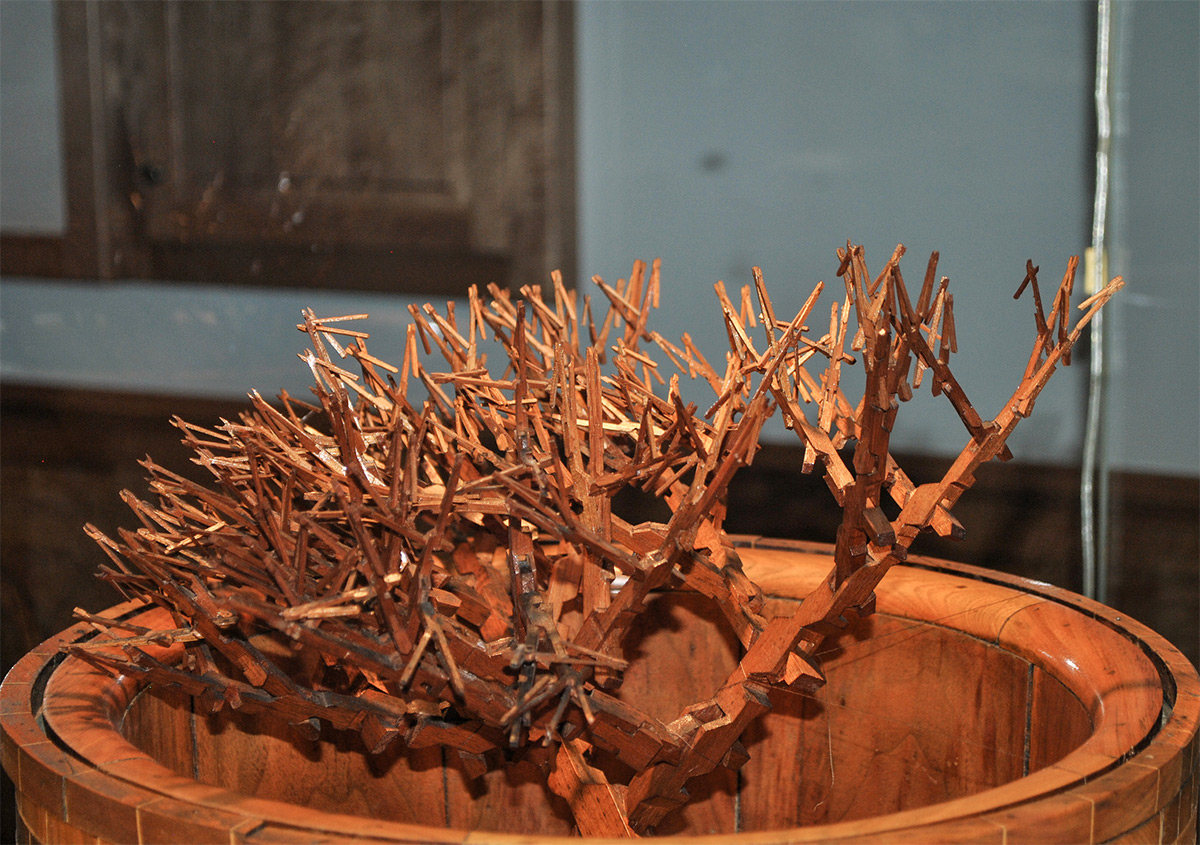 As the story goes, Ernest “Mooney” Warther was a boy growing up in Ohio when he encountered a man who taught him how to carve a pair of working pliers from a single piece of wood—using just 10 cuts. Whether it was that single epiphany, or the machinations of his incredibly inquisitive mind, Warther would quickly become one of this most notable wood carvers in America.

Warther’s most significant carving before he changed his focus almost exclusively to locomotives, was a tree created from 511 interconnected pliers using the same technique he learned as a child. The piece required some 31,000 cuts and each branch can fully articulate like a functional pair of pliers all the way down to the base of the trunk. Watch the video above to see Warther’s son David demonstrating the technique (seriously, it’s almost miraculous at the end, well worth a quick watch).

If you want to see more of Warther’s work, there’s an entire museum in Ohio where you can also view is wife Frieda’s meticulously organized collection of 100,000 buttons. (via Atlas Obscura)

Update: An earlier version of this post stated the person in the video above is Ernest, when in fact it’s his son, David. (thnx, Natalia!)

In an age of the ubiquitous 3D printer, it’s easy to forget the joy and beauty of handmade craft. Take, for example, the 400-year old Japanese art of creating kokeshi dolls. These traditional wooden figurines were said to have been originally made as souvenirs to sell to people visiting the local hot springs in Northern Japan. Although there are about 10 different styles, each doll is made with an enlarged head and cylindrical body with no arms or legs.

In the video, produced by tetotetote, an organization highlighting the arts and crafts of Sendai, Japan, Yasuo Okazaki woodturns solid blocks into the head and body using just a few tools. Okazaki’s “Naruko” style of making the dolls was passed down to him from his father and features stripes at the top and bottom of the body and bangs with red headdresses. I don’t think there’s anything more soothing and hypnotic than the sights and sounds of watching these dolls emerge from a spinning block of wood.