Anchorage-based creative Paxson Woelber has captured stunning photographs that illuminate the massive ice formations he recently stumbled upon in an Alaskan cave. Part of Castner Glacier in the Eastern Alaska Range, the expansive chamber is replete with glimmering crystals that jut down from the ceiling in some areas and coat the walls in others.

Woelber shares with Colossal that he visited during a deep freeze that saw temperatures below -30 degrees Fahrenheit, and discovered that the cave was formed by a stream that opened near the back. Geothermal heat warms the interior, causing the higher temperature of the inside to meet the drier, cold air from the outside near the cave’s mouth. This interaction causes moisture in the air to condense, creating the giant formations.

The artist described the experience as feeling as if he were exploring the inner portions of an asteroid. “Near the mouth of the cave, branching tree-like crystals hung down over a foot from the roof of the cave,” he says. “Toward the back, the crystals were smaller and more tightly-packed, like the crystals on the inside of a huge geode.” Head to Woelber’s Instagram to check out footage from his visit.

A recent finding in Sulawesi, Indonesia, is changing our conceptions of the origins of visual art. Fifteen researchers this week published an article in Nature describing prehistoric cave art that they believe was created about 43,900 years ago. The art depicts multiple therianthropes—mythical creatures that have both human and animal characteristics like beaks and tails—hunting wild pigs and cattle with spears. Traditionally, therianthropes were employed for sharing folklore, religious myths, and spiritual beliefs. Clear renderings of the creatures are uncommon, the report says. The oldest depiction previously recorded is a carved figurine with the head of a cat that originated in Germany and dates back nearly 40,000 years. These Indonesian findings also predate the Lascaux cave paintings found in France by about 20,000 years. “This hunting scene is—to our knowledge—currently the oldest pictorial record of storytelling and the earliest figurative artwork in the world,” the report said. (via Artnet) Patches of natural and artificial light highlight the curved layers of the National Museum of Qatar’s recently completed gift shop. The massive undulating walls were constructed from over 40,000 pieces of timber that tower high above visitors’ heads and imitate the shape and feeling of the Dahl Al Misfir or Cave of Light. The Qatar landmark is an underground formation that contains a wealth of gypsum deposits, which illuminate the cave with a phosphorescent glow and often form clusters of rose-shaped crystals known as “desert roses.”

Koichi Takada Architects wanted to connect visitors to the museum back to Qatari desert landscapes, while also creating a natural extension of the “Desert Rose” concept created for the museum by French architect Jean Nouvel. In addition to the museum shop, the architects also designed its restaurants, including the Desert Rose Cafe, Cafe 875, and Jiwan Restaurant. You can see more of the firm’s previous projects on their website and Instagram, and take a look at the museum’s exterior here. (via designboom) 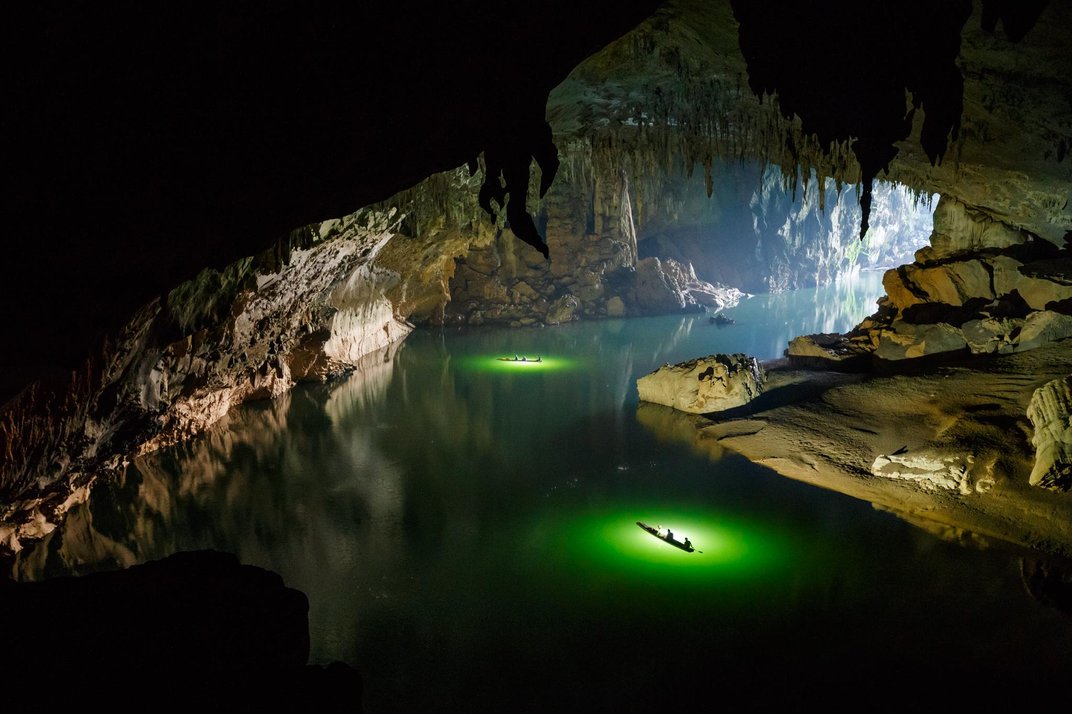 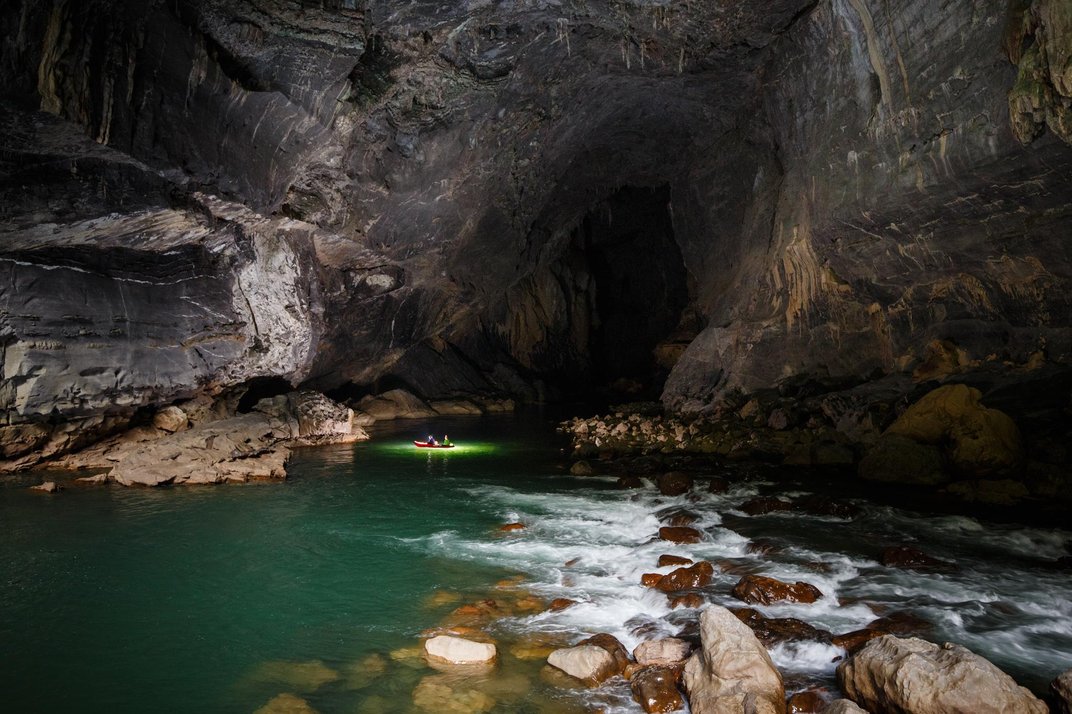