Artist Clio Newton has been hard at work on a series of larger-than-life portraits of women portrayed entirely with compressed charcoal. The towering drawings can reach nearly 8 feet tall and capture near photographic detail of her subject’s faces, hair, and bodies. Several of the new portraits will be on view in an upcoming show at Benjamin Eck Galerie in Munich titled ‘Realism‘ that opens September 14, 2017. You can read an interview with Newton on Quiet Lunch and see more of her recent work and studio photos on Instagram. (via Supersonic Electronic, Gaks Designs) Oskar Zapirain's photographs capture eerie forests cast in thick fog, hazy light descending upon the foliage in the same green shade that blankets the floor in moss. Zapirain has been attracted to this landscape for years because of the homogenous light as well as the way it forces the viewer directly into a mystical atmosphere.

The forest Zapirain features is a beech forest in Oiartzun, Basque Country in Northern Spain. This particular forest is unique due to the history charcoal production within the region. Instead of clearcutting like we do today, the trees were instead pruned to preserve the trees and maintain the integrity of the forest across generations. The trees have since regrown with short trunks and dramatically long limbs that shoot outward like arms from almost every angle, adding a ghostly feel to each of Zapirain’s photos. You can explore more of his work on Flickr. Currently on view at Zadok Gallery in Miami, Fiction of the Fabricated Image is the latest body of work from Seoul-based artist Seon Ghi Bahk. Of particular note is this impressive series of architectural columns constructed from pieces of natural charcoal suspended on nylon threads. The work is part of the artist’s An Aggregation series that explores the complex relationship between nature and humanity, where Bahk suggests “nature” can be incorrectly viewed as simply a backdrop or tool used in the creation of civilization. You can see more over on Zadok Gallery where the installation will be up through August 25, 2014. (via My Amp Goes to 11, My Modern Met) 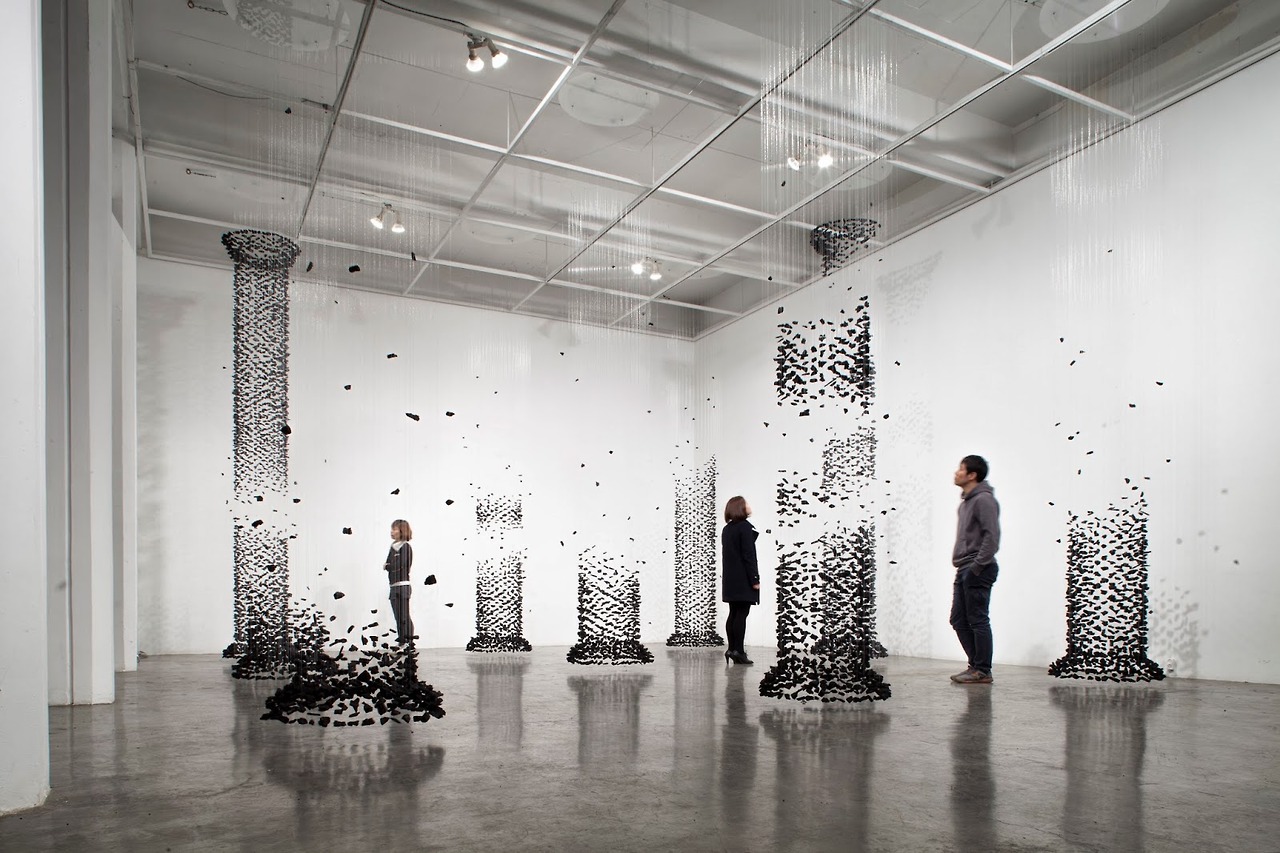 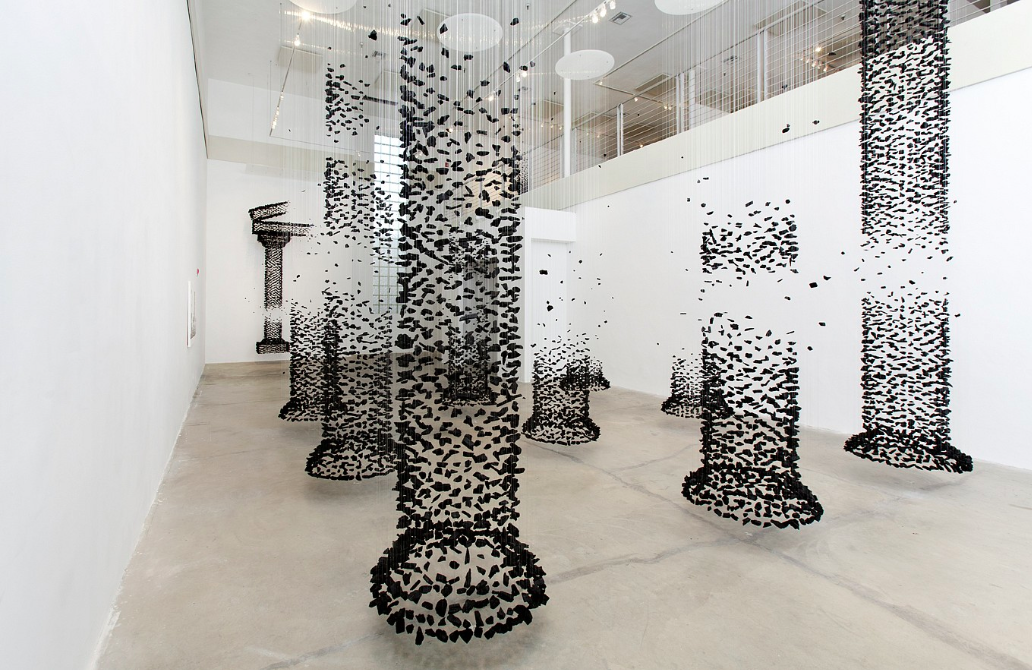