Bite Me: Packaging Insults Chewers as They Grab a Piece of Tooth-Shaped Gum 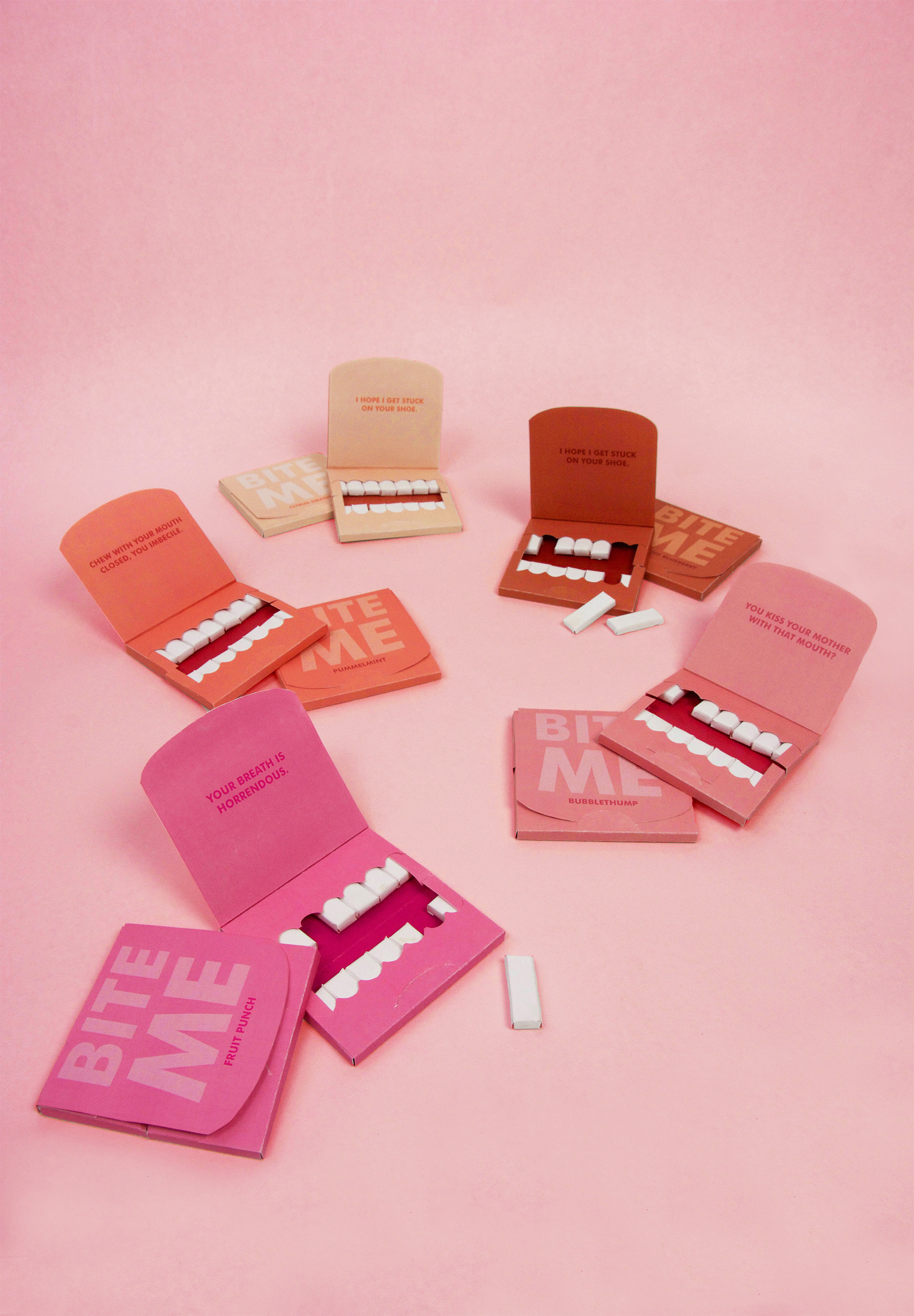 “Your breath is horrendous.” Pink and red packaging by Zoe Schneider resembles a mouth and taunts users each time they yank out a tooth-shaped piece of gum. With flavors like Black and Blueberry, Citrus Smash, and Pummelmint, the antagonistic product is aptly titled “Bite Me.” Schneider is a recent graduate of the Rhode Island School of Design. You can follow her humorous designs on Instagram and Behance. All images provided by Sam Kaplan

Commercial photographer Sam Kaplan‘s latest project, Unwrapped, transforms sticks of chewing gum into monumental structures, stacking the sticky treat in shapes that imitate architectural forms. Hundreds of pieces of gum criss cross and stand upwards to create pyramids, columns, and arches—held tightly together with support from super glue. Each image within the series received minimal editing, the final image coming from a single shot rather than one that was digitally combined.

Kaplan was initially interested in finding a way to manipulate a material into a 3D pattern, rather than finding a way to photograph gum. “I wanted to find a material that could be both repeatable and remain uniform,” said Kaplan. “I also wanted a high level of malleability and after a lot of trial and error I landed on gum. I have always been interested in futurist and Mayan architecture, and this project was a way to combine both of those to make new forms.”

For Kaplan the most difficult thing about the shoot was having to unwrap nearly 500 individual pieces for each image. You can see behind-the-scenes videos and more of Kaplan’s two and three dimensional patterns on his Instagram. (via Under Consideration)