It’s hard not to get lost in these dramatically blurred architectural renderings and cityscapes of New York and Italy by Italian painter Valerio D’Ospina (previously). The Pennsylvania-based artist most recently had a show last year at Mason Murer, and you can now follow him on Facebook and Instagram. (This Isn’t Happiness) 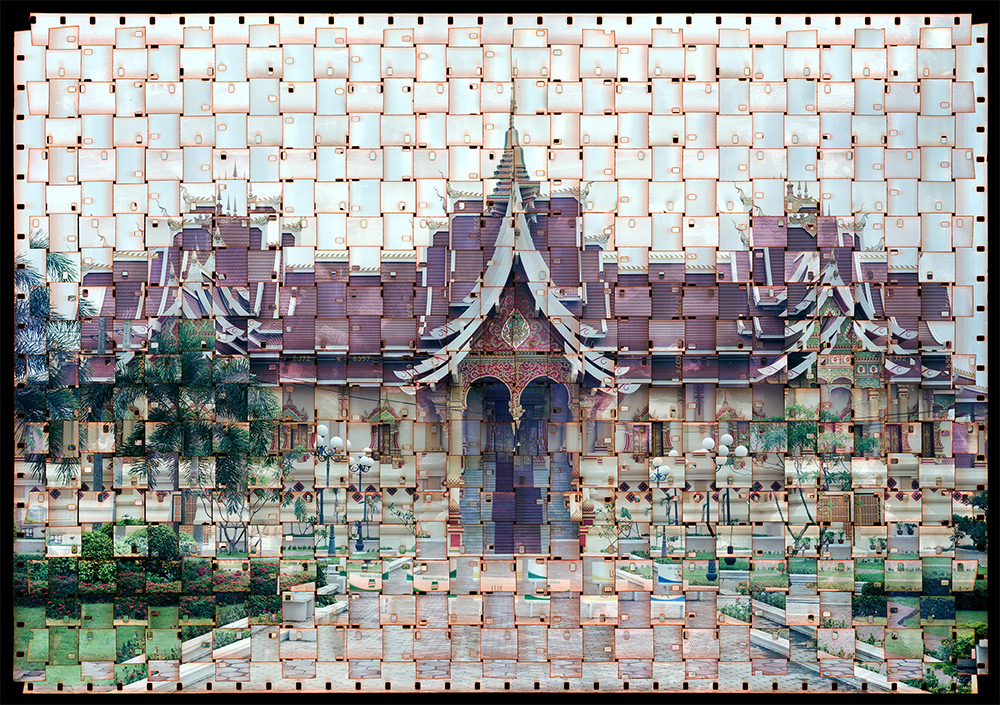 Part collage, part photography, part tapestry, these fragmented interpretations of iconic buildings and landmarks by Seung Hoon Park (previously) are truly something to ponder over. Each image begins with 8mm or 16mm camera film strips which he lays down in rows to create a larger surface that effectively acts as a single piece of film. Park then exposes two images in a large format 8×10″ camera using sets of vertical and horizontal strips which are woven together to create a final print. The photographer has traveled to locations around the world including Rome, Milan, Venice and Prague to shoot images for this ongoing series titled Textus. Several limited edition prints are available through Susan Spiritus Gallery.

Though I’m enjoying numerous photos by Nicholas Kennedy Sitton, these three twisty architectural shots really jumped out at me. (via fasels suppe)