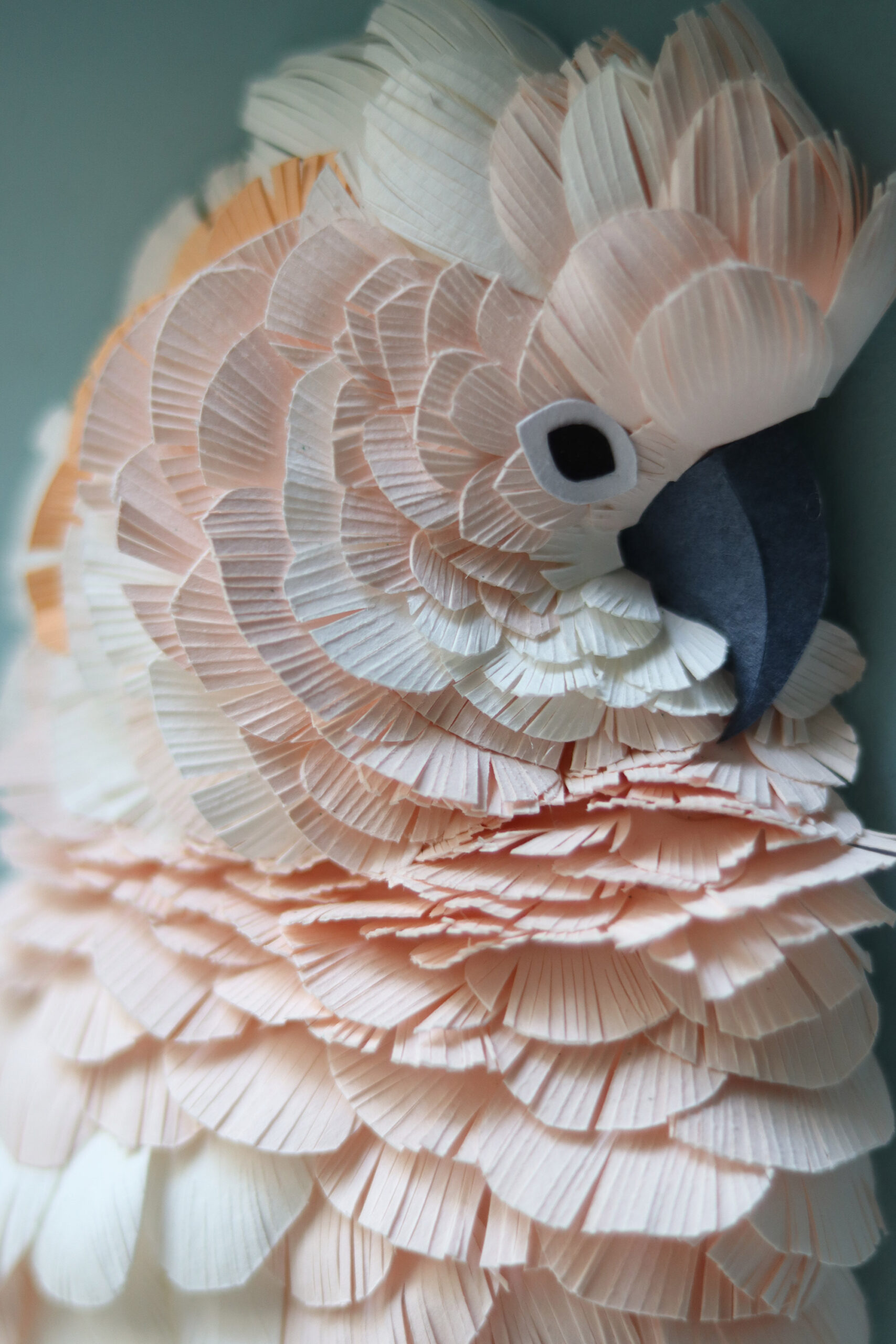 From her studio in Lyon, Mlle Hipolyte scores, crimps, and fringes bits of paper that become sculptural interpretations of endangered species. She undertakes a rigorous research process that’s comparable to that of a botanist or zoologist before starting a piece and largely is concerned with the effects of the climate crisis on plants and animals. This realistic approach bases her practice in both preservation and celebration as she conveys the intricacies and natural beauty of coral reefs, flowers, and birds through works that vary in scale, sometimes spanning entire walls and others squeezing into tiny glass tubes.

Mlle Hipolyte tells Colossal that her next undertaking is a large forest inspired by François Hallé’s botanical drawings, an ongoing project you can follow on Instagram. To add one of the meticulous, textured sculptures to your collection, check out her shop. (via Cross Connect Magazine) 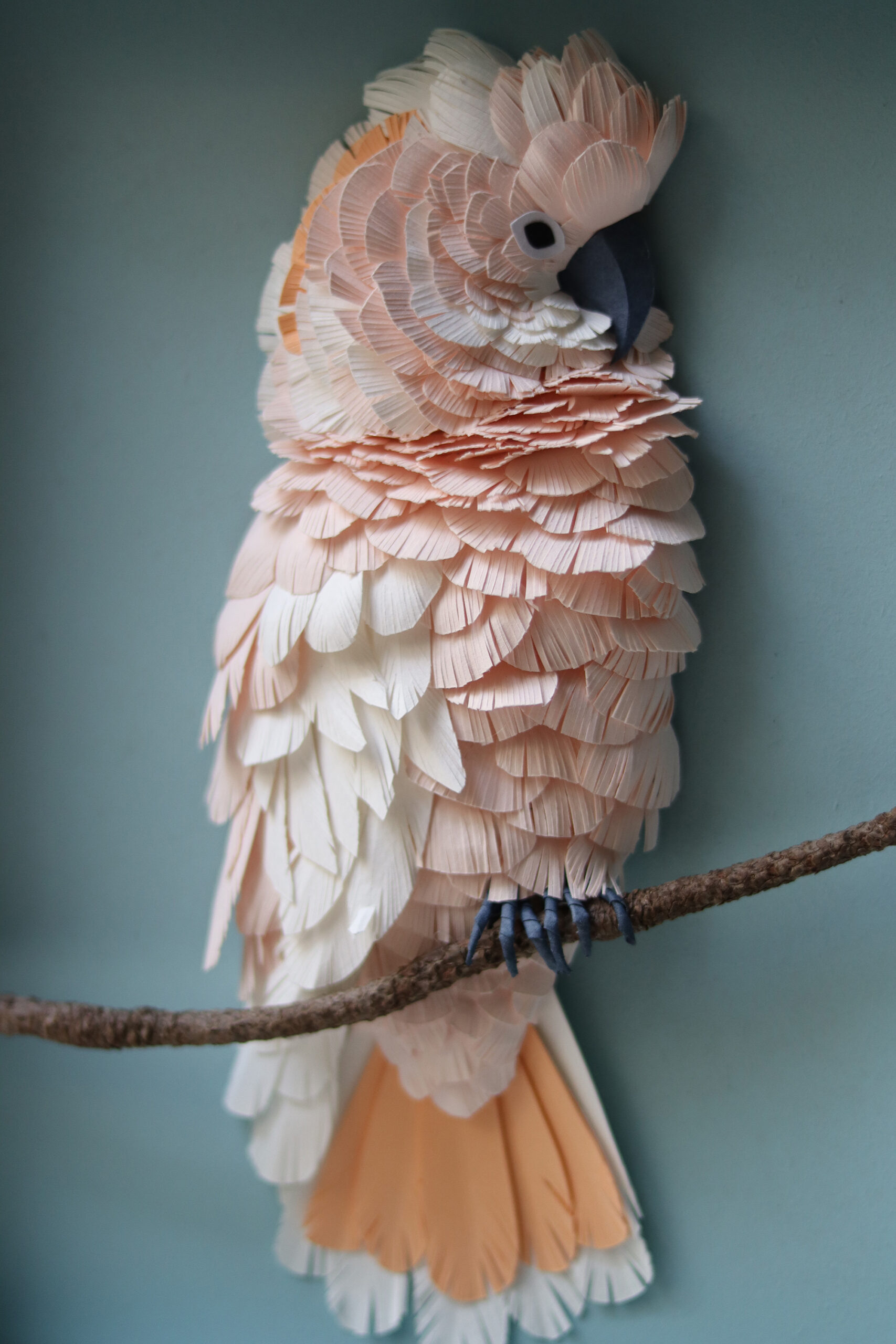 Whether rendered as a snapshot of the ocean floor or a few drops of water under a microscope, the densely inhabited paintings by Robert Steven Connett (previously) are brimming with vitality. The Los Angeles-based artist probes the planet’s bodies of water, unveiling a range of flora and fauna that populate the mysterious and sometimes psychedelic ecosystems with exacting detail.

From jellyfish and seaweed to microbes, the organisms memorialize Earth’s dwindling biodiversity. The onslaught of news concerning the climate crisis informs how Connett understands the urgency of his works—they evoke Ernst Haeckel’s illustrations but diverge from the German biologist’s drawings in color palette and foreboding elements—which serve as both earnest studies of aquatic creatures and  “a tribute to life as it was before the great extinctions began.”

Even so, Connett shares that he focuses on the immense beauty and his curiosity about the natural world.  “I don’t want to sully the pictures I paint with death and ugliness,” he says. “I’m afraid the news of the real world will supply plenty of that.” He explains further:

In the shadow of a withering planet, I create worlds that are lush and thriving. I hope my work can encourage and uplift those who are disheartened by the climate crisis. However, creating a memory of a time when our world was stable is not enough. We all must do everything we can to lessen the causes of the crisis.

Original works, prints, and other products featuring Connett’s meticulous environments are available in his shop, and you can follow his latest projects on Instagram. Woven throughout Selva Aparicio’s cicada veils and fringed floor coverings are the complexities of rebirth, transition, and beauty’s ability to endure. Organic ephemera—human hair, thorned branches, scavenged wings—become poignant installations and smaller artworks that ruminate on a myriad of global issues, including the climate crisis and the infinite failures of the medical establishment.

Aparicio shares that her explorations of life and death began during childhood when she watched the natural world cycle through growth and decay in the woods outside of Barcelona. This lasting fascination has crystallized in the artist’s body of work, particularly in pieces like “Velo de luto (Mourning veil),” which sews together 1,365 seventeen-year cicada wings with strands of hair taken from two generations of women. The shrouds typically are worn to honor a spouse who’s died, and Aparicio notes the material and form exemplify that “as the fragility of the veil of wings decay so does the patriarchal veil of history that it represents.” 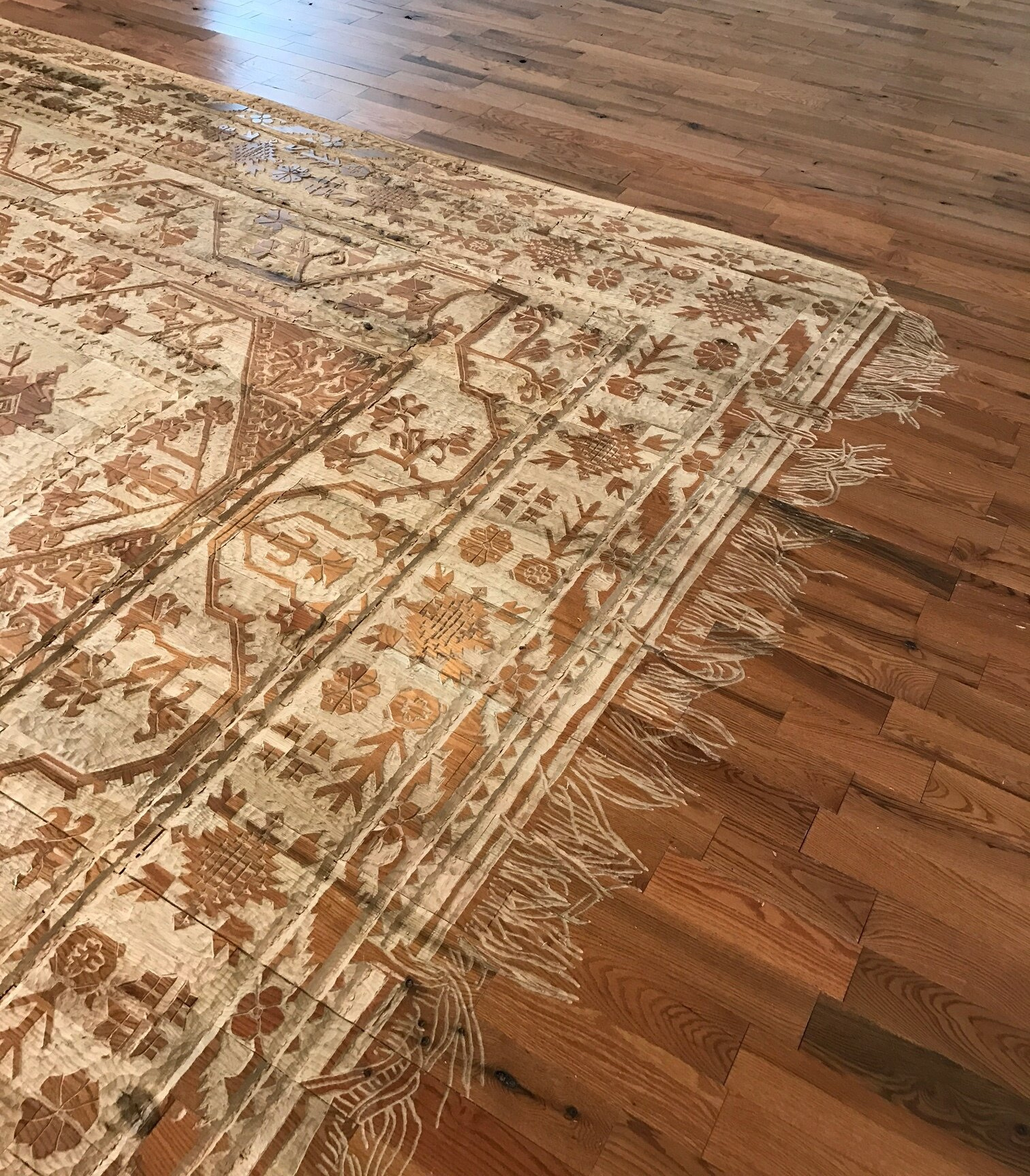 Overall, the artist says that her “practice has evolved beyond the individual to encompass environmental, social, and political activism and evoke the change and rebirth I witnesses in nature.” “Childhood rug,” for example, merges personal memory and a domestic object with larger themes of covering and exposing trauma.

Similarly, Aparicio cites her own experiences in “Hysteria,” an installation that surrounds an antique gynecological table with a curtain of thorned branches. Commenting broadly on the unjust power dynamics inherent within traditional healthcare, the artwork draws a direct correlation between the invasive and painful processes of medicine for women and their ability to bring new life into the world.

Although she spends half her time in Barcelona, Aparicio is currently in Chicago and has work on view at two locations: her piece “Hopscotch” is part of MCA’s group exhibition The Long Dream, while her solo show Hysteria is at the International Museum of Surgical Science, where the artist is in residence. Both are slated to close on January 17, 2021. Head to Instagram for glimpses into Aparicio’s process, as well. “Love of Nature” in Chelyabinsk, Russia. All images © Vitaly Tsarenkov, shared with permission

Artist Vitaly Tsarenkov, who works under the moniker SY, depicts the threat of ecological catastrophe through a new mural featuring geometric flora, fauna, and objects typically found in bustling city centers. Created for the Urban Morphogenesis festival in Chelyabinsk, Russia, “Love of Nature” is a vertical rendering of the human impact on nature, with color-blocked trucks, road cones, and towering buildings near the top and a fire, flowers, and tufts of grass occupying space at the bottom.

Based in Saint Petersburg, Russia, Tsarenkov says the 50-meter-high mural conveys that each person has the agency to protect the planet’s resources. “It’s impossible to stop all harmful factories at once, but to make the first step towards the clean Earth is not difficult and within everybody’s power just by taking the trash away after recreation in nature,” he writes on Instagram. Set to subdued music, Nicolas Lichtle’s short film titled “à la fin…” is an unusually ethereal depiction of the crises climaxing in 2020. The delicate animation flows through a series of lightly-hued scenes that explore reactions to COVID-19, the wildfires raging across the planet, and the endless distractions of technology. “It’s a moment of introspection, very intimate, staged through a succession of small moments imbued with poetry, absurdity, and sometimes surrealism…” Lichtle writes.

Many of the anonymous characters’ faces are obscured by a plant, digital device, or cloth mask, and they undertake both mundane and bizarre tasks that critique contemporary life: An unassuming man runs on a treadmill while someone stands nearby to douse him with disinfectant, a figure with a bowling ball head shouts through a megaphone at upright pins, and two women happily wave at a distant earth set ablaze.

Lichtle is based in Paris and has an extensive collection of films on his site. Follow his critically-minded projects on Vimeo. (via swissmiss)