Linda Miller Nicholson creates spectacular pastas from scratch, ranging from her signature rainbow fusilli to Mario Kart-inspired red and white ravioli. She works with all natural ingredients like butterfly pea flowers (blue), beets and blueberries (purple), turmeric (yellow), and parsley (green) to infuse her flour, egg, and water mixtures with eye-popping colors. Because her pastas are freshly made, quick cooking time allows the colors to maintain their vibrance after boiling.

Nicholson shares behind-the-scenes videos on YouTube, and you can see more of her finished and in-progress pastas on Instagram. Nicholson’s debut cookbook, is due out in October, and is available for preorder. 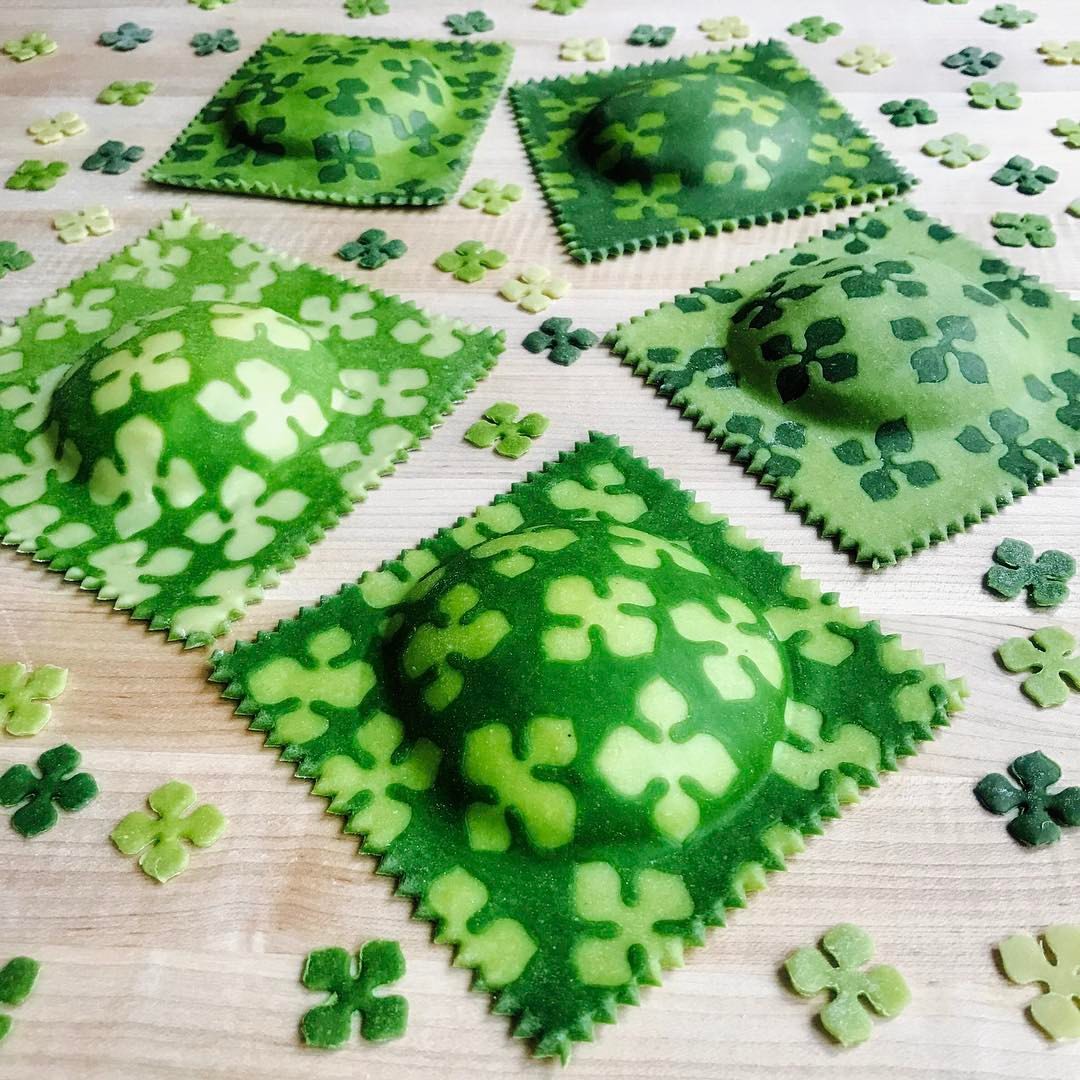 Agnolotti is my favorite Piemontese pasta shape, & I’ve finally made a how-to video teaching you the ins and outs of making it! Here’s the teaser, go to my YouTube channel (link in my profile) for the full-length tutorial. Of course it wouldn’t be saltyseattle’s if I didn’t add a ❌lattice❌pattern 😜. Anyone who’s looked down and realized their plate is all beige has felt the full force of the role of color in what we eat. Universal Favourite takes the visual element to another level with their modular Complements chocolate. The Australian design studio created the project as a client gift and developed it into a collaboration with sweets experts Bakedown Cakery. Each modular staircase-shaped chocolate (blackcurrant, cherry, cookies and cream, fairy floss, lemon, matcha, pistachio, shortbread, single origin dark, strawberry, vanilla, and watermelon) fits together with a complementary flavor to form a very visually appealing cube. Bakedown also shares their handiwork on Instagram, as does Universal Favourite. (via Ignant) All images provided by the Toledo Museum of Art, photographs by Andrew Weber

The site-specific work was designed especially for the museum and will be on display through January 22, 2017. You can see previous installations a part of Dawe’s Plexus series on his website and Instagram.