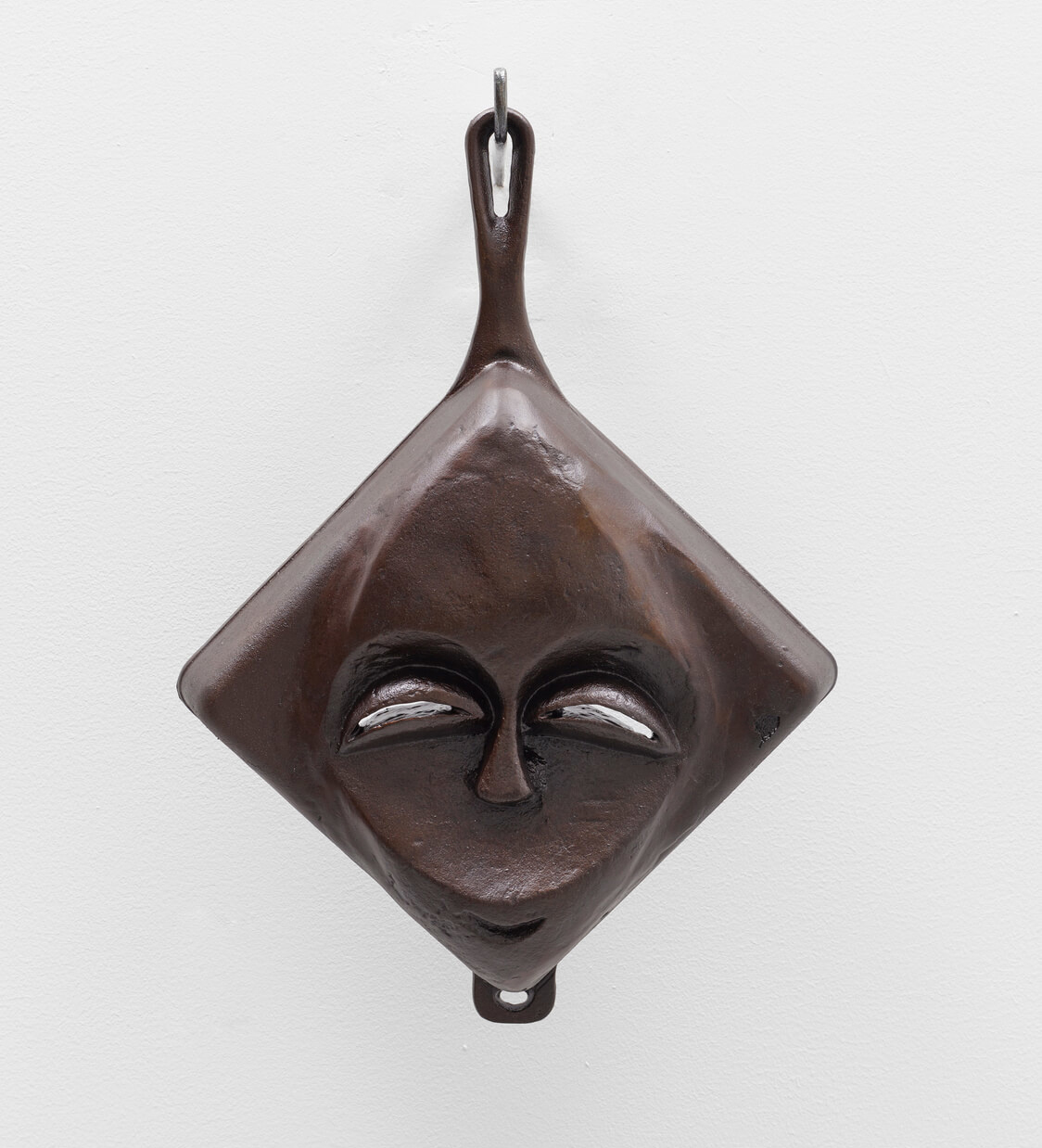 Generally established by cooks who were enslaved, southern food includes many of the flavors, techniques, and ingredients prevalent in African cuisine, forming what Hayden sees as one of the foremost culinary traditions distinct to the United States. This direct impact is evident in the physical artworks—the expressive masks literally emerge from the pans—although it transcends the effects on the kitchen. As he writes about “The Cosby’s” (shown below) on Instagram, “I made this triptych as an homage to the indelible cultural impact of the African diaspora on the creation of American entertainment, food, industry, and society.”

Hayden creates the skillets through sand casting, a manufacturing technique that utilizes the granular substance as a mold, which the artist employs as a way to recognize “the imperfectness of the materials, their colonial histories, and the inherent loss of detail in the reproduction process.” He also parallels the sculpting process to the diaspora, considering how the original object is obscured and imbued with cultural significance when it’s finished. Ultimately, American Food celebrates “the indebtedness to African origins in the cooking—as a form of creation of America, Western culture, and Modern Art,” a statement says. Alternating between sensual, almost biological macro shots of raw ingredients and the harsh, dully-lit environs of a commercial kitchen, Déguste captures the dual reality of working as a professional chef. The majesty, beauty, and limitless potential of natural ingredients—mushrooms, red meat, fresh greens—are right at hand for the commercial cook. But the unrelenting pace of orders in, orders up, dishing out multiple copies of the same meal at once, and juggling the dangers of sharp and hot tools cuts in again and again. Déguste gives viewers a glimpse at how the sausage gets made, so to speak, in the restaurant world, with an electrifying soundtrack of atmospheric sounds. Created by Paris-based studio Insolence Productions, the short has been lauded at multiple film festivals. See more from Insolence on Vimeo.