Recently in Kawasaki, Japan, a sextet of famous paintings marched their way through the city’s annual Halloween parade— Picasso’s “The Weeping Woman,” Vincent van Gogh’s self portrait, Johannes Vermeer’s “Girl with a Pearl Earring,” Leonardo da Vinci’s “Mona Lisa,” Edvard Munch’s “The Scream,” and of course Beast Jesus, the art world’s favorite botched masterpiece. Costume wearers presented themselves as the subjects of the famous paintings from the waist up, with fishnet stockings and heels from the waist down. The group won this year’s Pumpkin Award, taking home the grand prize and 500,000 yen, or around $4,400. You can see other prize winners of this year’s Kawasaki Halloween parade on their website, and view the paintings in action in a video by @_ellie_ below. (via Hyperallergic) 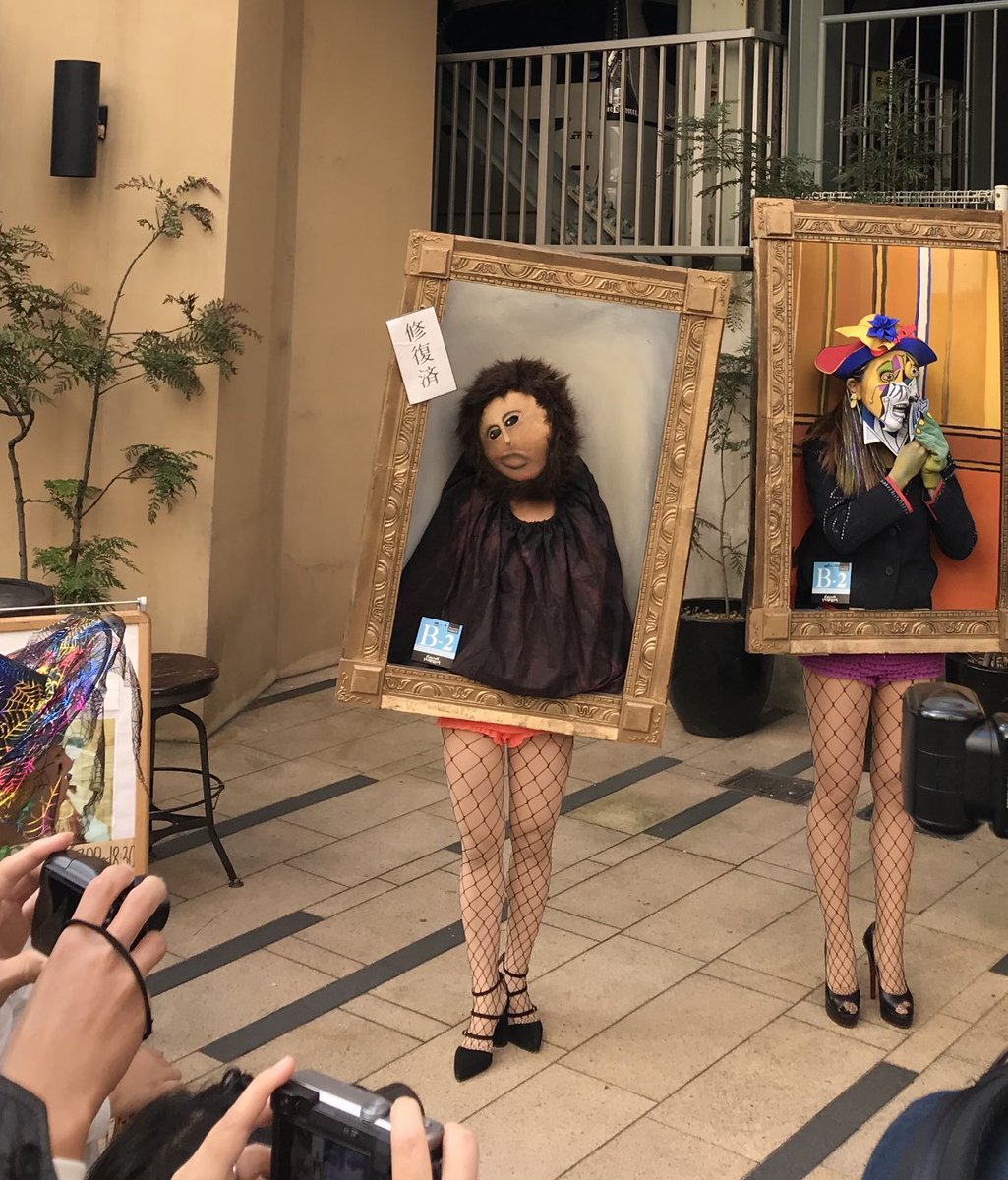 Artist Rae Swon recently brought a fantastical creature from The Temptation of St. Anthony to life on the New York City subway. The triptych painting created by Hieronymus Bosch in the early 16th century includes a small, peculiar figure on the left-hand triptych (detail below). The character has bird-like facial features, and appears to be wearing wooden ice skates and a funnel as a hat. After creating the modern-day costume using needle felting and other found materials, Swon took her character for a subway ride through Manhattan. Although this particular costume is sold out, you can see more of Swon’s fantastical felted creations like a Starling Coin Purse and an Opposum Purse on Instagram and Etsy. (via Hyperallergic) Detail of Hieronymus Bosch’s “The Temptation of St. Anthony” For Halloween this year, Alexis Noriega of the Crooked Feather designed and built this wickedly amazing pair of pneumatic articulating wings that spring to action at the press of a button. What a great design, the sound of air pressure really adds to it. Noriega says she’ll soon have a tutorial online so you can build your own. (via Laughing Squid)

While going through the personal work of photographer Ross Gilmore, this image really stuck out. Hilariously creepy.

Barack Obama as a toddler. Dressed as a pirate.

From an article in NY Times Magazine about his mother, “Obama’s Young Mother Abroad”. (via laughing squid)

A new music video for Goose. Directed and production by David Strindberg and Johan Bring of PUNX STHLM (say that three times fast). I’ve watched this twice and all I can think about is how much fun this probably was too shoot. “Ok, everybody put on these insane costumes, line up, and completely spaz out. Action!” (via cliptip)