Hand-Cut Mandalas and Other Intricate Paper Works by Mr. Riu Japanese artist Mr. Riu takes paper cutting to an intricate extreme, crafting mandalas and elaborate figures with a precision work tool called the swivel knife. This tool allows him to cut curves more fluidly, as the head of the knife can turn 360 degrees. With this movement, Riu produces asymmetrical imagery that is often filled with hidden details—winged horses that sprout from points in a star and snakes that wrap themselves around the eyes of his figural works.

Riu’s captions for his Instagram images are often inspirational and speak to the dedication and patience he has developed during his paper cutting practice. “It’s not that I can do it because I originally have a great patience,” says Riu in one of his captions, “I think that my patience grows stronger gradually because I want to do it.”

You can see more of Mr. Riu’s work on his Instagram and blog. 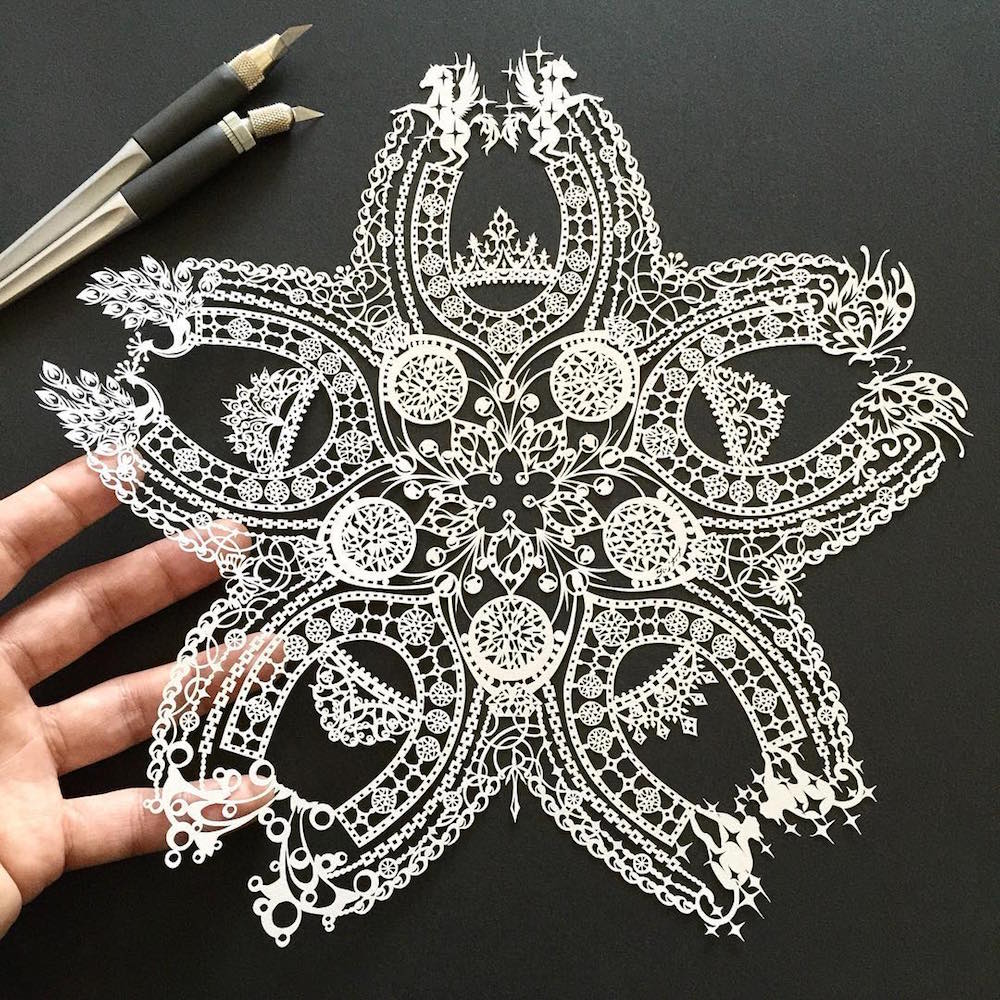