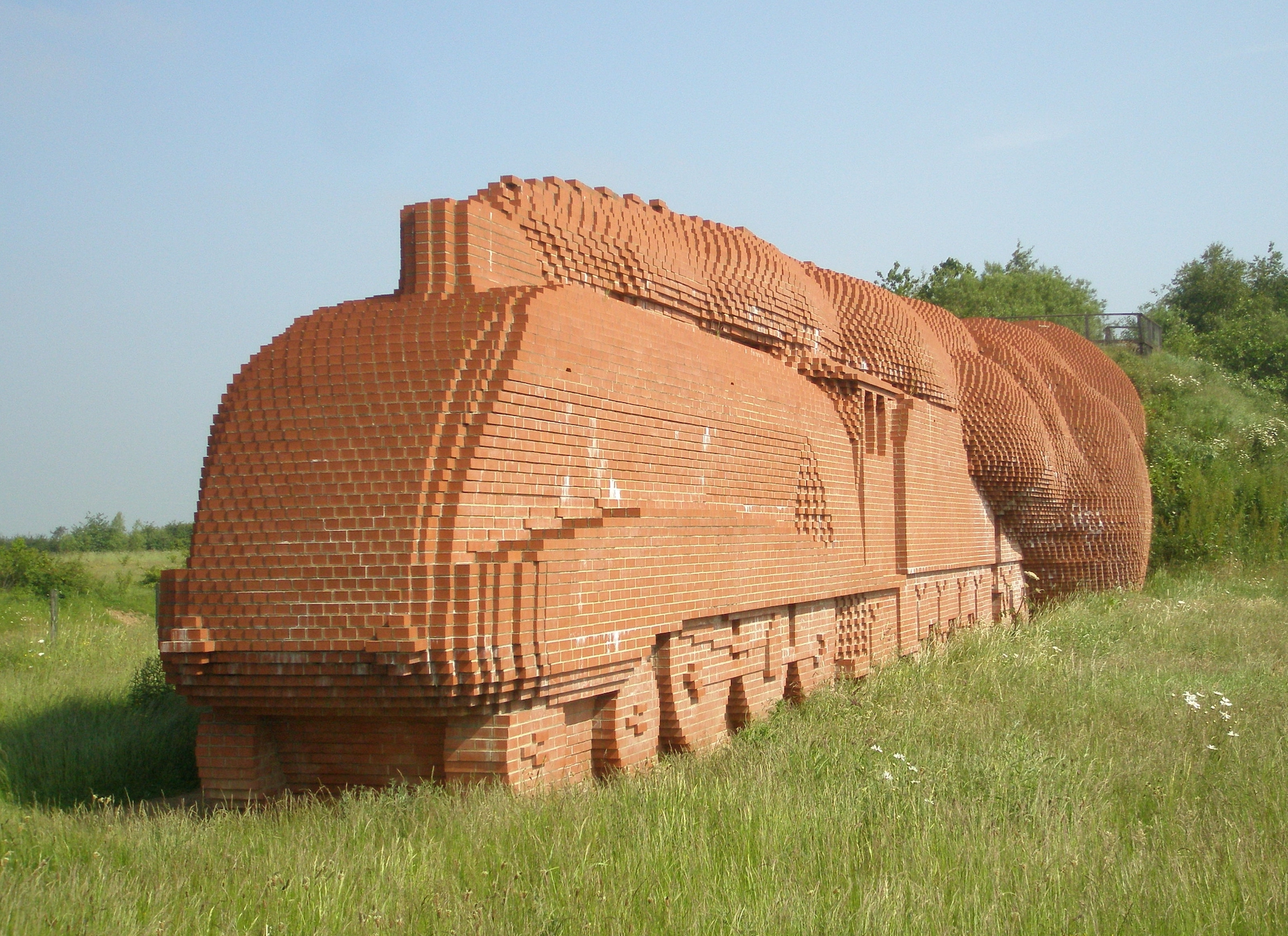 Known for sculptures and assemblages that utilize everyday objects like bricks, coat hangers, and matches, Scottish artist David Mach has embarked on numerous large-scale, public projects that draw inspiration from local history. In his monumental “Brick Train” in Darlington, he taps into regional heritage through the use of red brick and the depiction of a life-size steam locomotive. The industrial revolution of the 19th century spurred a need to move materials like coal and steel around the country, and the first railway to use steam engines to transport passengers also originated in the area. In the U.K., red bricks have prevailed as the most popular building material, constructing long rows of terraced homes that characterize the urban landscape.

Further north in Edinburgh, the architectonic “Temple at Tyre” was constructed from dozens of shipping containers and over 8,000 tires (or tyres) in the port of Leith, a critical international shipping hub. It was installed for a month and illuminated at night to rival the city’s major landmarks, like the neoclassical National Monument on Calton Hill. The containers, which are also the focus of a proposed building in an Edinburgh business park, are immense reminders of the trade and commerce that the city is built upon.

Mach currently has additional projects in the works in London, Mauritius, and Syria. Heavy Metal, a solo exhibition opening at Pangolin London in January will highlight ongoing work in a showcase of maquettes and prints. You can find more of the artist’s work on his website. 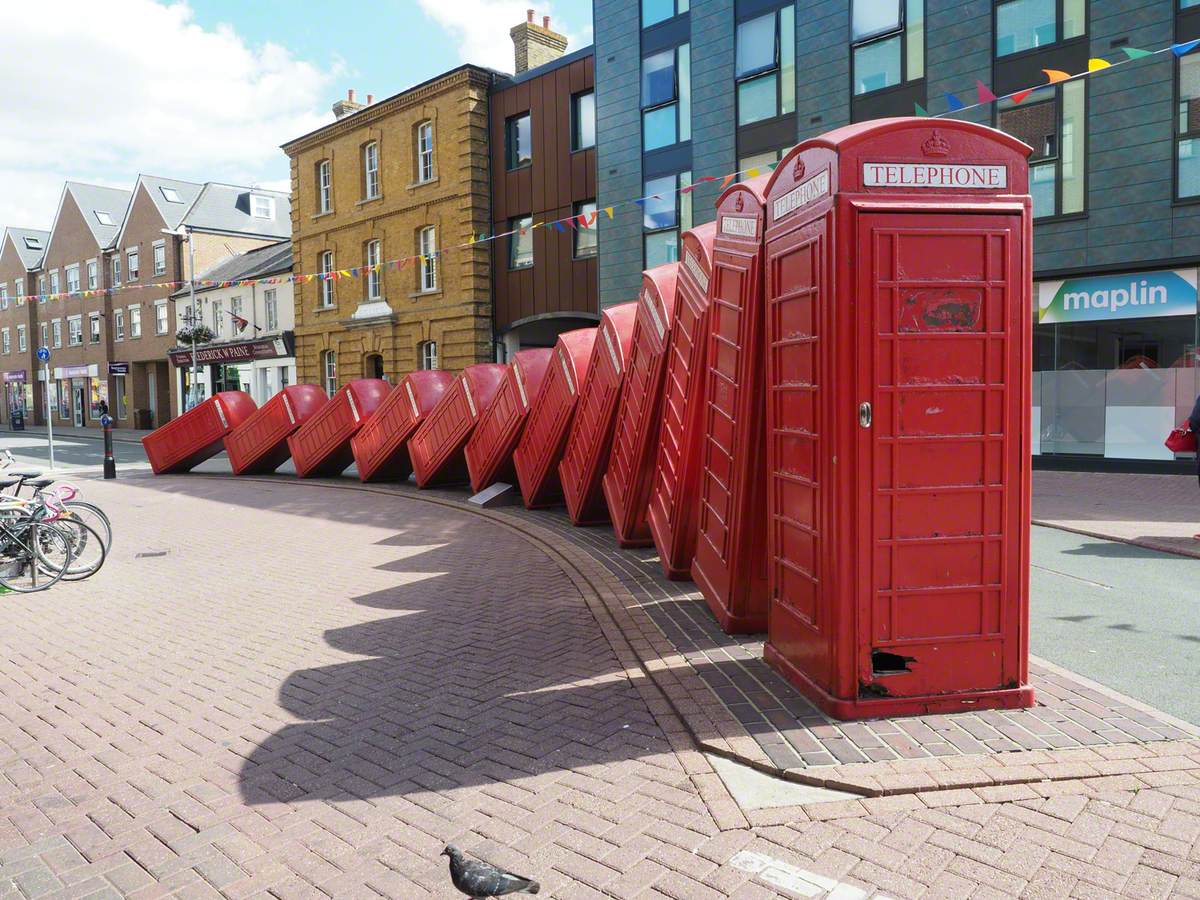 “Out of Order” (1989) in Kingston-upon-Thames. Photograph by Mike Longhurst 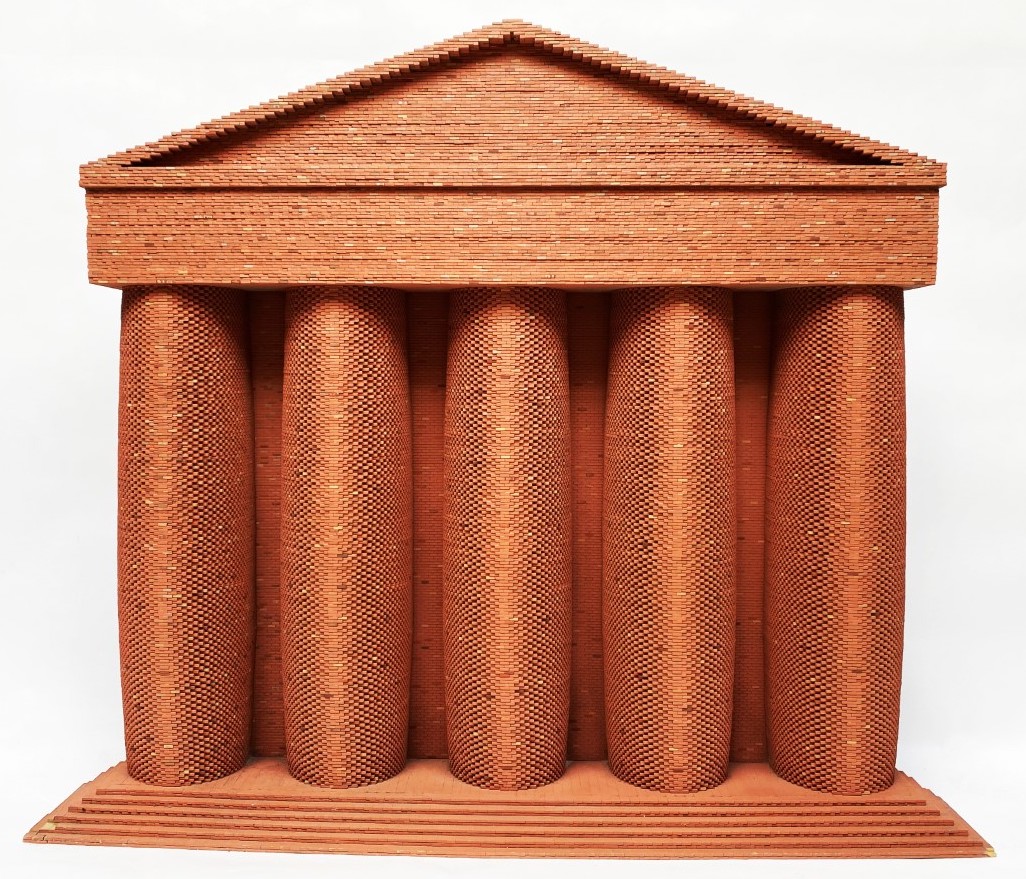 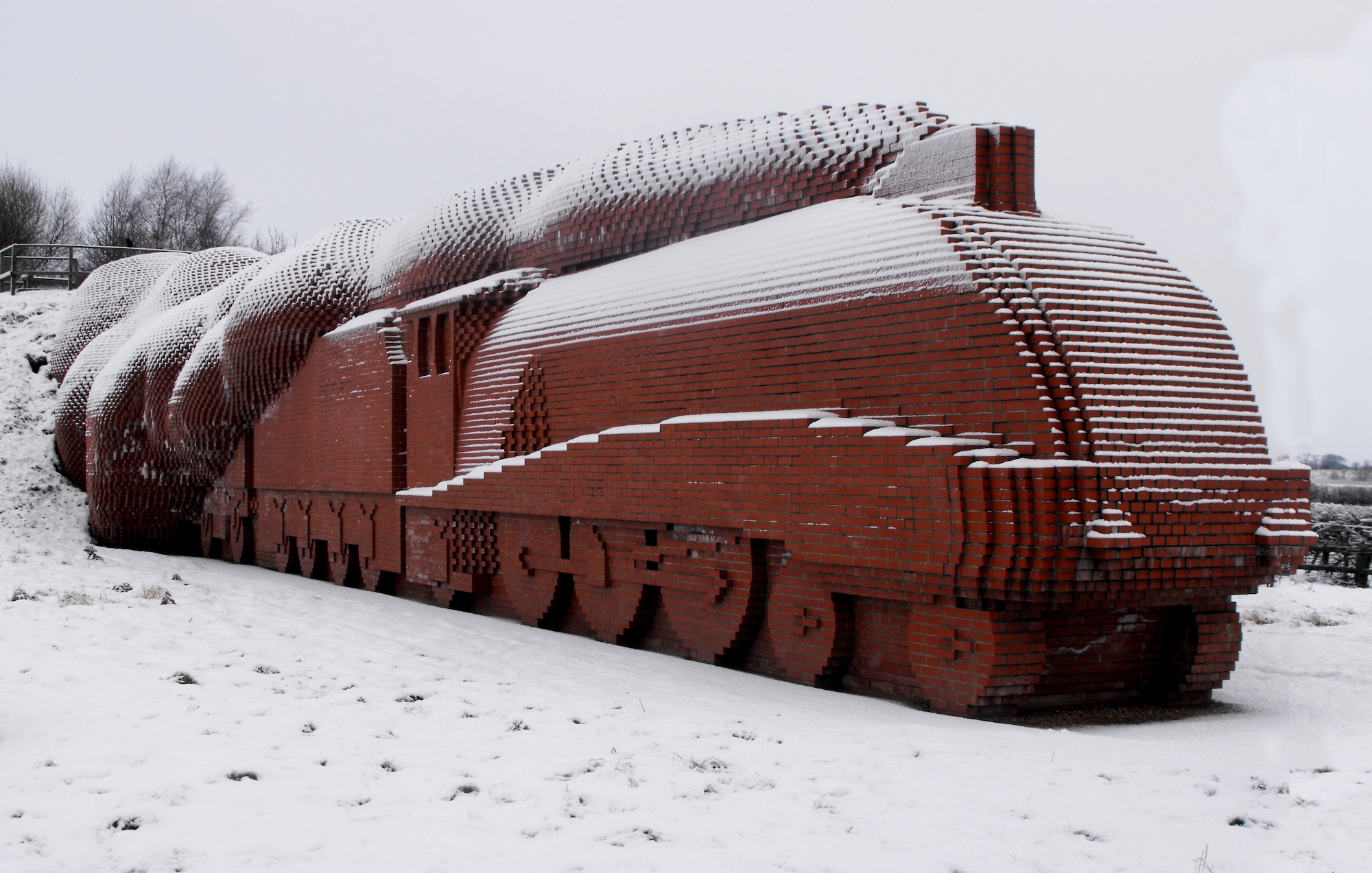 “The Temple at Tyre” (1994) installed at Leith, Edinburgh “Out of Order.” Photograph by Mike Longhurst “The Temple at Tyre”