As part of his latest project NHDK, photographer Víctor Enrich challenged himself to digitally reconfigure the same building in Munich, Germany in 88 different configurations. The Barcelona-based artist is known for his warped and skewed interpretations of architecture in locations around the world including an extensive series of images shot in Tel Aviv back in 2010. All of the photos are avilable as prints which you can pickup on his website. (thnx, Nacho!) I’m really enjoying this series of stretched and interlinked classic cars by UK-based illustrator Chris Labrooy. Labrooy graduated from the RCA with an MA in design products and has since been using various 3D tools to explore the intersection of typography, architecture, product design and visual art. His has exhibited at the design museum in London and his work appears in numerous illustration and design publications. You can see more in his portfolio and over on Debut Art. (via Laughing Squid)

The Surreal Collages of Joseba Elorza 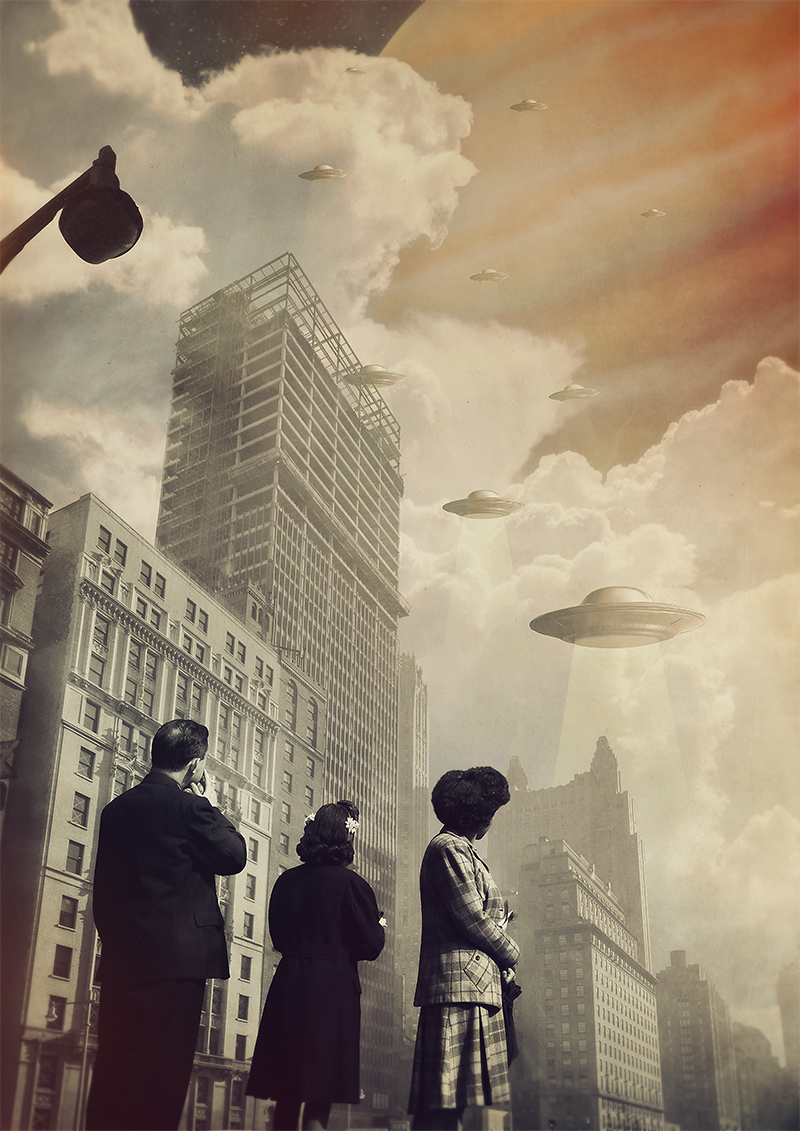 Joseba Elorza is a sound technician who makes a living with his unique brand of digital collage and illustration. The Spain-based artist blends humor, technology, science fiction and anonymous historical photography to create some really splendid digital imagery. You can see much more in his portfolio, and pickup prints in his shop. (via iGNANT) Photo artist Caras Ionut lives in the world of Photoshop where he digitally assembles surreal landscapes and portraits using largely his own photography. These are some of my favorites but you can see much more over on 500px. Ionut also offers all kinds of tutorials and workshops available through his website. Digital artist Zach Dougherty (previously) is back with a new round if really strange animated gifs, placing his strange amorphous and glitchy objects against ordinary backdrops. Let’s file this under “I don’t know what it is but I like it.” (via Ignant)