Diagrams of Turntables and Amps Chart the History of Jazz, Hip-Hop, and Rock and Roll All images © Dorothy, shared with permission

How do you visualize the history of hip-hop? Or jazz? Questions of origin and influence are common for artists, and the inventive team behind the U.K.-based design studio Dorothy (previously) goes gold as they painstakingly map out the history of music genre by genre. Plotted onto the circuit board of a guitar amp, the diagram of a 1950s phonograph, or that of a turntable, the latest editions in Dorothy’s Blueprint series chart the pioneers and greats who transformed rock and roll, jazz, and hip-hop in gilded screen-prints. The trio of metallic designs, plus three more devoted to alternative, electronic, and dance music, are available in the Dorothy shop. 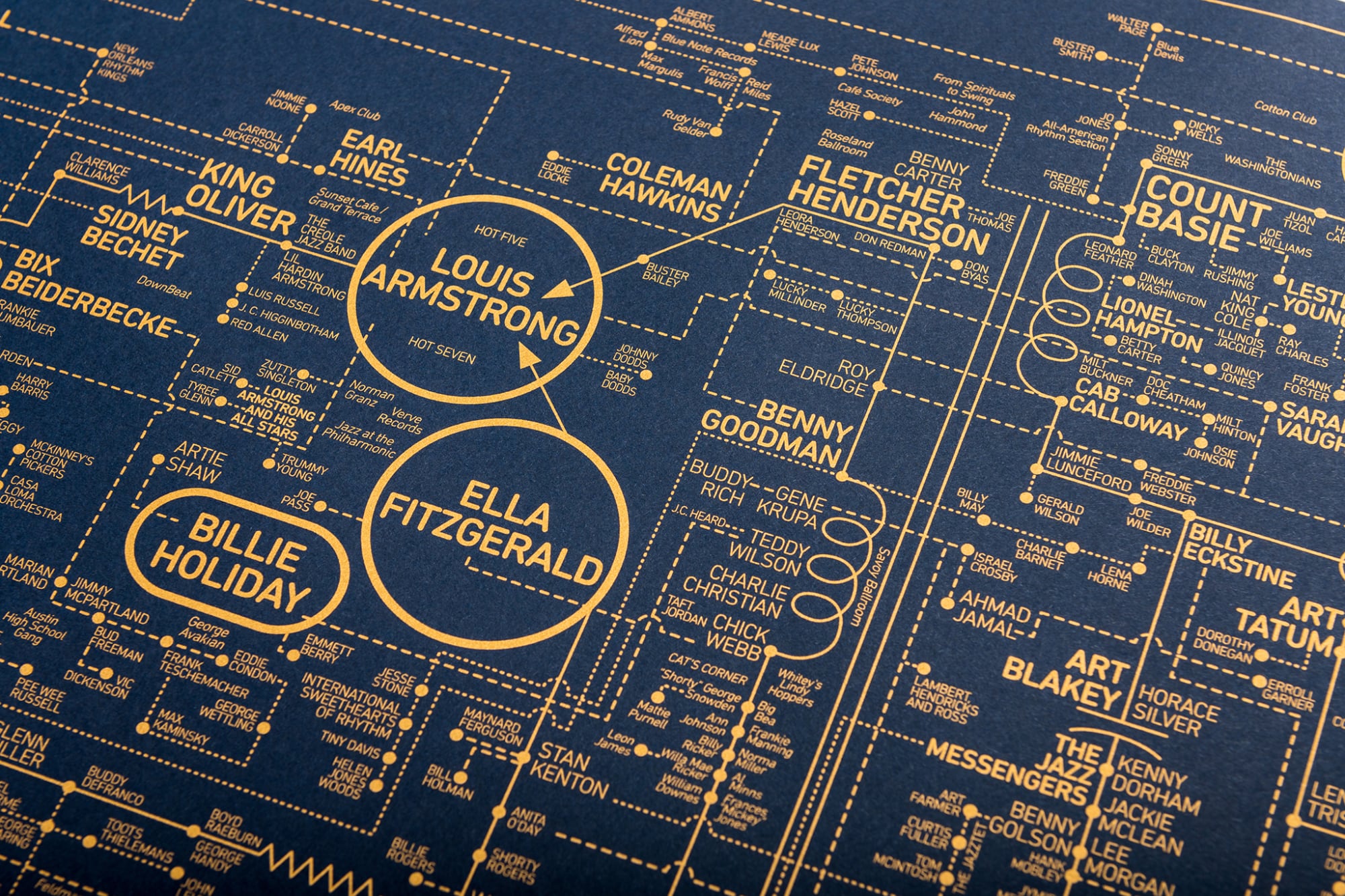