Unlike the affectionate canine companions that grace many of Elke Vogelsang’s portraits, the cats she finds in front of her camera exhibit more irritable, even stereotypical emotions. She captures her feline subjects with a range of reactions, whether snarling and baring their teeth or showing off their more playful sides with leaps into the air or a quick flick of their tongues.

A professional pet portraitist, Vogelsang mostly visits her subjects at their homes rather than bringing them to her Hildesheim studio. This tends to make the animals more comfortable, she shares, at least enough for her to coax out more genuine emotions with the help of string, feathers, treats, and sometimes catnip for mood-boosting. “Let’s face it, cats can be so much harder to photograph than dogs. If they can’t be bothered, they won’t do it for our sake,” she says. “In general, sessions with cats are shorter than sessions with dogs. They are the ones to determine the schedule.”

Vogelsang maintains an Instagram account devoted to her feline collaborators, and you can find much more of her portraiture on her site. 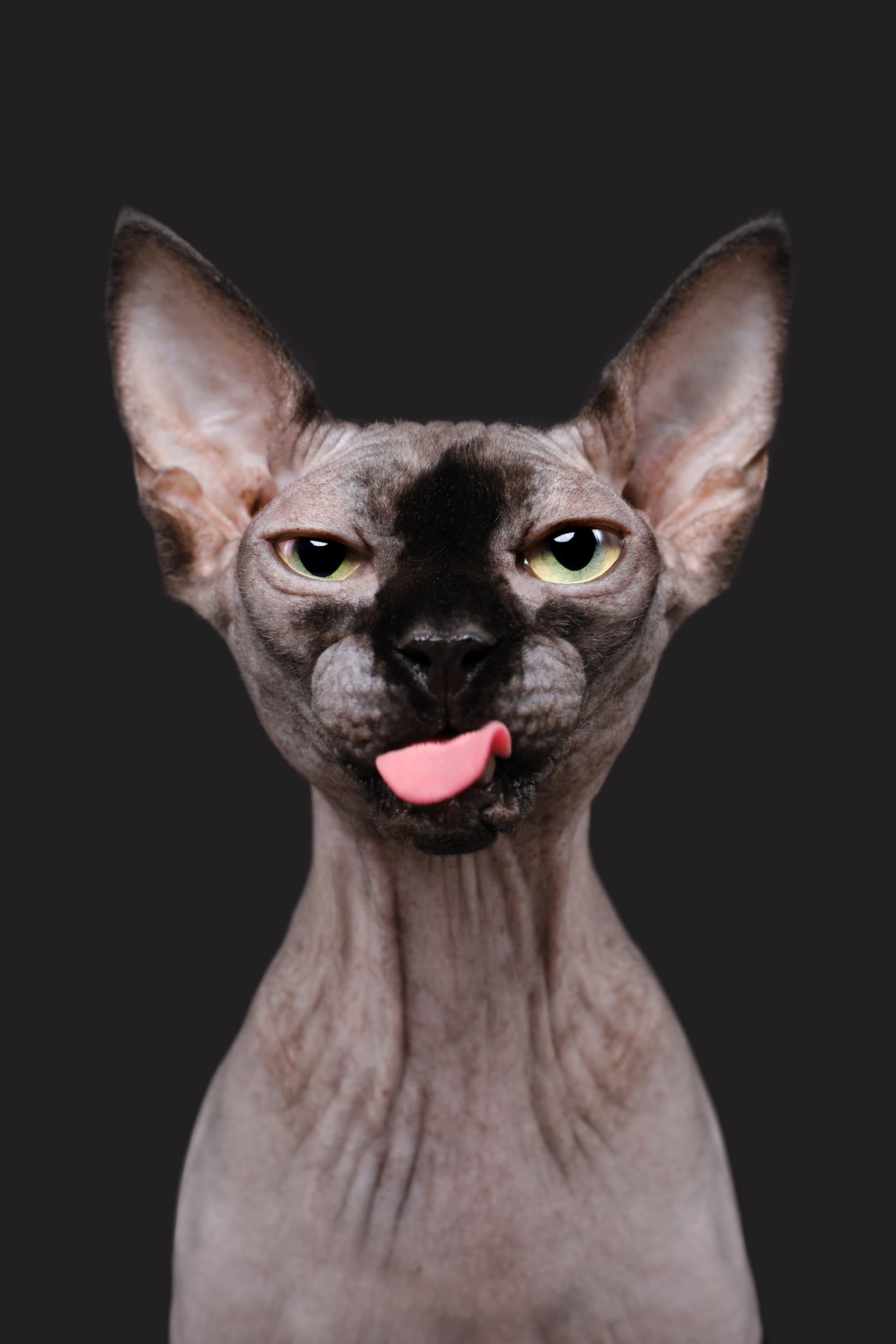 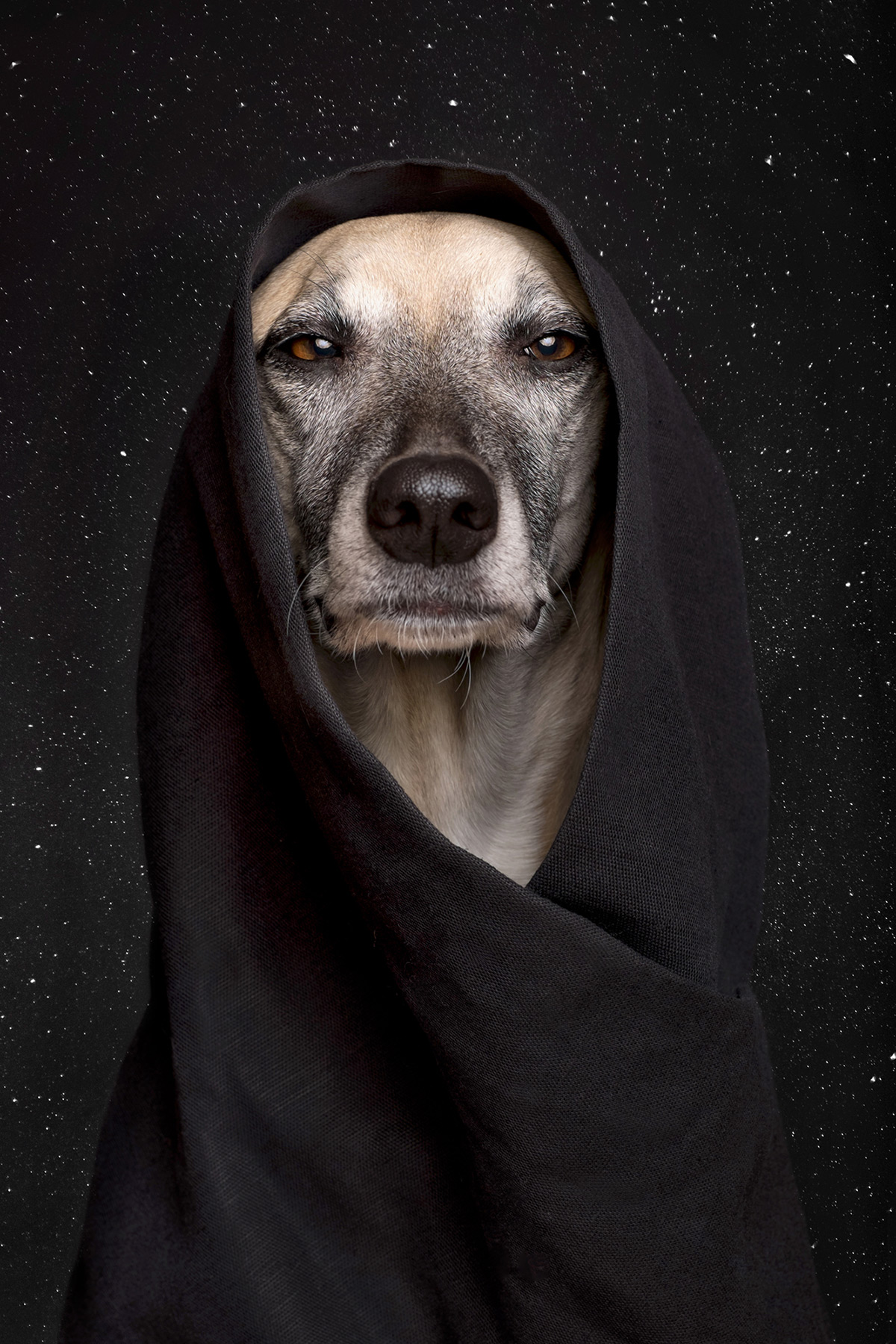 It goes without saying that one of the most ubiquitous sightings on the web are millions upon trillions of pet photos. Cat gifs, funny dog videos, puppy memes, and even an entire currency. But every once in a while an animal (or group of animals), paired with the right photographer, rises above the mammalian fray and enters the realm of art. We’ve seen it here on Colossal with the works of Carli Davidson, Seth Casteel, Theron Humphrey & Maddie, and Sonya Yu & Trotter. Enter the latest contenders: self-taught photographer Elke Vogelsang and her three dogs Noodles, Scout and Loli.

Based in Hildesheim, Germany, Vogelsang is a professional photographer who mostly shoots portraits of people and pets, but in her spare time spends plenty of time with her trio of rescue dogs who frequently find themselves in front of the camera. Two of the dogs are Galgo Español mixes and the youngest, Loli, is a bonafide mut. Regardless of their pedigree, Vogelsang has a knack for capturing the dogs at their most expressive moments, resulting in photos that are equally heartwarming and humorous. 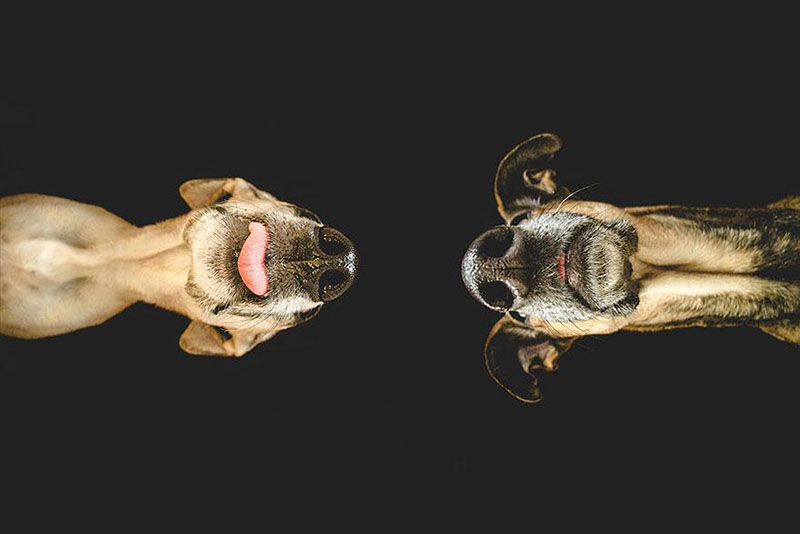 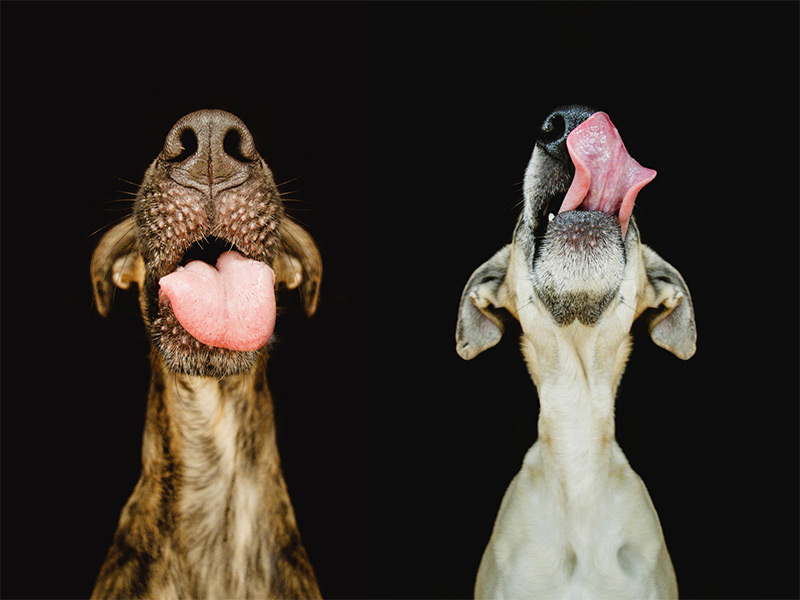 You can follow Vogelsang’s work on Facebook and 500px and she has prints of almost every photo available in her shop. (via Bored Panda)

Update: Vogelsang shares some tips with SLR Lounge on getting the most out of your pet photoshoot.