Italian photographer Massimo Listri has spent decades traversing the globe to document the spectacular architecture, sculptural elements, and furnishings of historic libraries. His new book, The World’s Most Beautiful Libraries, includes views inside such rarefied locations as the Palafoxiana Library in Pueblo, Mexico and the Bibliothèque Sainte-Geneviève in Paris, France. Listri also includes descriptions and histories of each library. The 560-page tome is published by TASCHEN and available on Bookshop and the TASCHEN website. Brothers Grimm’s Wanderings is the second in a series of European landscape photographs by Kilian Schönberger (previously) intended to reflect the feeling of Brothers Grimm folk tales. Schönberger travels to locations around central Europe and imagines what the real-life backdrop of stories like Rapunzel, Hansel and Gretel, or Snow White would look like. To see the first part of the series check out Brothers Grimm’s Homeland. 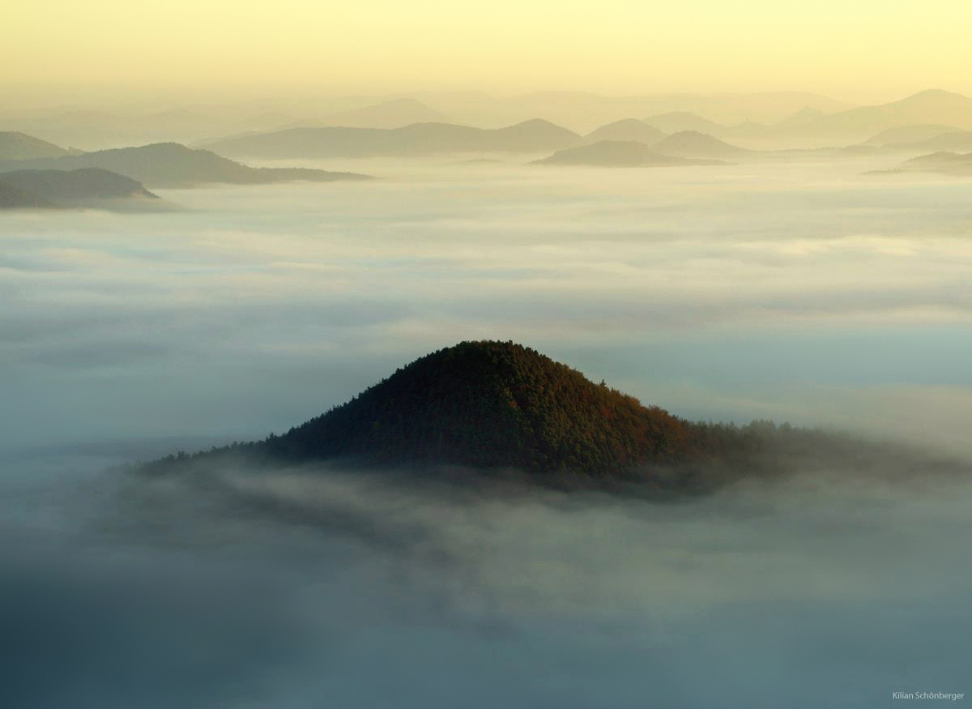 Photographer Kilian Schönberger (previously) stays up all night, often driving 3-4 hours in the dark to hike up mountains in Germany, the Czech Republic, Austria and France, to shoot these foggy landscapes just before sunrise. Only at heights of 500 to 1,500 meters can he achieve a clear view of rolling mountains and treetops as they pierce through the fog for a few brief minutes. He shares via email:

Since I’m ascending the mountains during the early morning hours mostly alone it’s always a very special experience. When it’s still dark during the walk everything is calm except some animals of the night like owls. The anticipation is growing when the eastern sky starts to gloom gently. Around 30 minutes before sunrise the best stage of such a morning starts. The intensity of colors reaches the peak and due to the indirect lighting everything seems to be smooth. These are the moments that touch one’s soul in a very meditative way.

You can see much more of Schönberger’s work over on his Facebook page. (via My Modern Met)