The Felted Specimens of Hine Mizushima 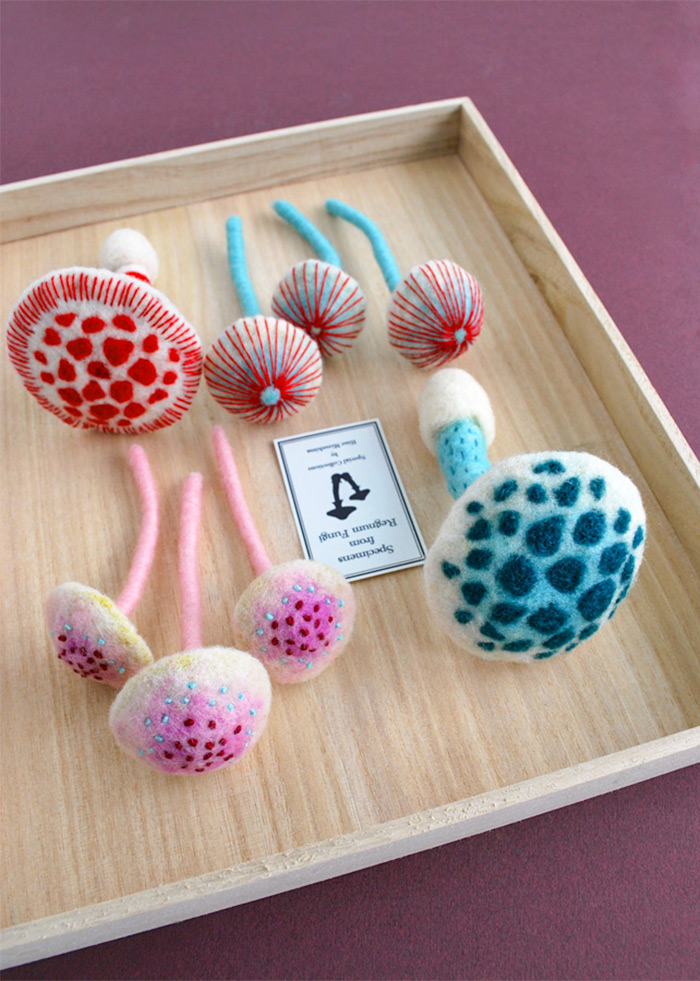 The list of talents attached to Vancouver-based artist Hine Mizushima's name includes stop-motion puppet animator, illustrator, needle felter, toy designer, and sculptor. Her colorful hand-stitched squids, octopi, mushrooms, and medical specimens that might otherwise be described as creepy or crawly are instead infused with ample doses of fluffy and fuzzy. Mizushima exhibited most recently at FOE Gallery and many of her original felt pieces are available over on Etsy. Designer and illustrator Dan Beckemeyer created this wonderful exploration of anatomy by first illustrating a skeletal structure, then stitching a cardiovascular system, and finally adding hand-felted muscle mass. Beautiful work. See more over on Behance. (via illustrations of insides)

Don’t Hug Me I’m Scared: Commentary on the Dark Side of Creativity

Make no mistake, this is all kinds of ridiculous, but it’s also kind of brilliant. Directed by Becky Sloan and Joseph Pelling of This is It (previously).

Dead sexy product design by Byrd & Belle. These guys must be making an absolute killing this holiday season. (via graphic exchange)