In the early 20th-century English fireworks company C.R. Brock and Company (now known as Brocks Fireworks) published colorful catalogs displaying designs from Japanese companies such as Hirayama Fireworks and Yokoi Fireworks. Six catalogs of diverse pyrotechnic diagrams have been digitized and made available for download thanks to the city of Yokohama’s public library. If you don’t read Japanese, you can download each publication’s PDF by visiting their website, clicking one of the book’s English titles near the bottom of the page, and then clicking “本体PDF画像” link below the image. Each catalog is a tremendous and varied selection of the firework shapes and colors of the time, with several designs you might recognize no matter where you view contemporary fireworks displays. (via Open Culture) Researchers aboard the E/V Nautilus (previously) celebrated the new year with an unlikely guest, a beautiful Halitrephes maasi jellyfish found at a depth of 4,000 feet underwater at the Revillagigedo Archipelago off Baja California, Mexico. The vibrantly hued jellyfish looks like an impressive burst of fireworks when lit, but would otherwise travel in almost completely visual obscurity.

“Radial canals that move nutrients through the jelly’s bell form a starburst pattern that reflects the lights of ROV Hercules with bright splashes of yellow and pink,” the Nautilus crew shares. “But without our lights this gelatinous beauty drifts unseen in the dark.” Summer in Japan means colorful explosions in the sky, where some 200 firework festivals called “hanabi taikai” are held across the country in July and August, a tradition that dates back to the early 18th century. At many events, pyrotechnicians actually compete to create the best firework show, with extreme attention to detail in scale, color, and design. Photographer Keisuke trekked to several shows this summer and captured the most eye-opening moments of these nighttime events. Although just 25 years old, the photographer has received numerous awards for his landscape photography of Japan and he’s amassed quite a following on Instagram. Right at midnight on New Year’s Eve, photographer Jeff Cremer sent his camera drone up into the skies above Lima, Peru to capture the sights and sounds of residents shooting off fireworks. A heck of a lot of fireworks it turns out, shot from streets and rooftops across the entire city. Cremer wanted to get a bit closer to the action but smartly kept his drone at about 200m so it wouldn’t be knocked out of the sky by a random firework. Set to Perpetuum Mobile by Penguin Cafe Orchestra. (via PetaPixel) 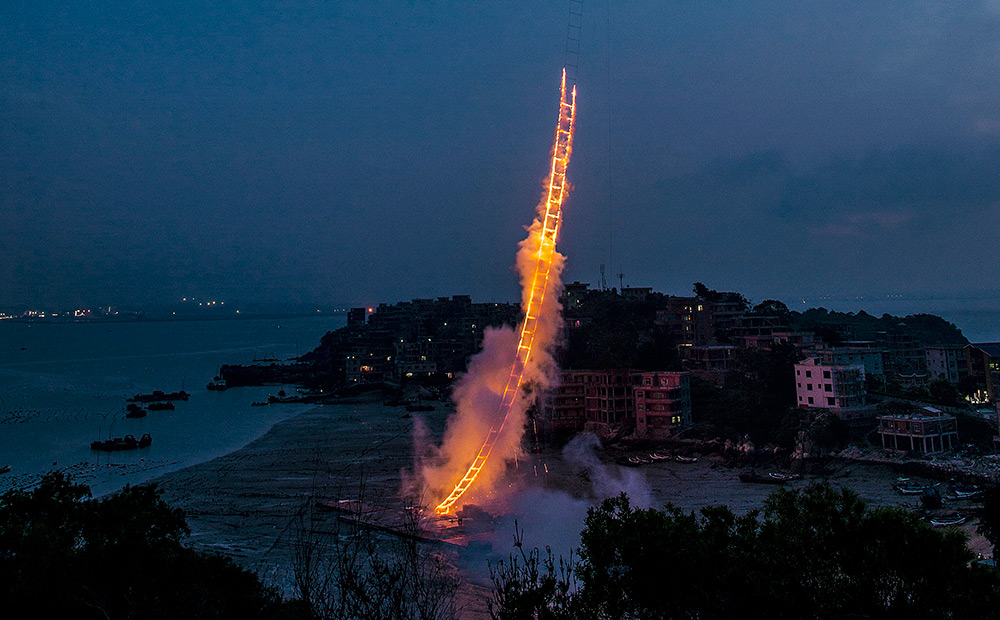