In most post-apocalyptic films when the camera pans down the abandoned streets of New York or Tokyo, long after people have disappeared and the buildings have fallen into disrepair, we see nature again thriving. Trees and plants take hold in the sidewalks and wild animals like deer, bears, and lions stalk the ruins left behind by humans. But after descending the staircase at a vacant shopping mall in Bangkok, professional cook and photographer Jesse Rockwell discovered a wholly different take on beasts inheriting the Earth: fish. Specifically exotic koi and catfish, teeming by the thousands in a secret subterranean aquarium. Rockwell shares via his blog:

New World shopping mall, a four storey former shopping mall. Originally constructed as an eleven storey building. It was found to be in breach of old town Bangkok’s four storey limit on building heights. The top seven floors were demolished to adhere to building codes in 1997. In 1999 the mall burned due to suspected arson committed by a competitor in the area. The disaster resulted in several casualties, and the building has remained abandoned ever since. Not having a roof, the basement floor remains under several feet of water year round.

What an amazing discovery. It makes you wonder what else lurks in abandoned places around the world? You can see more of Rockwell’s photography over on 500px and on his website, Taste of the Road. (via James Theophane, The Verge) 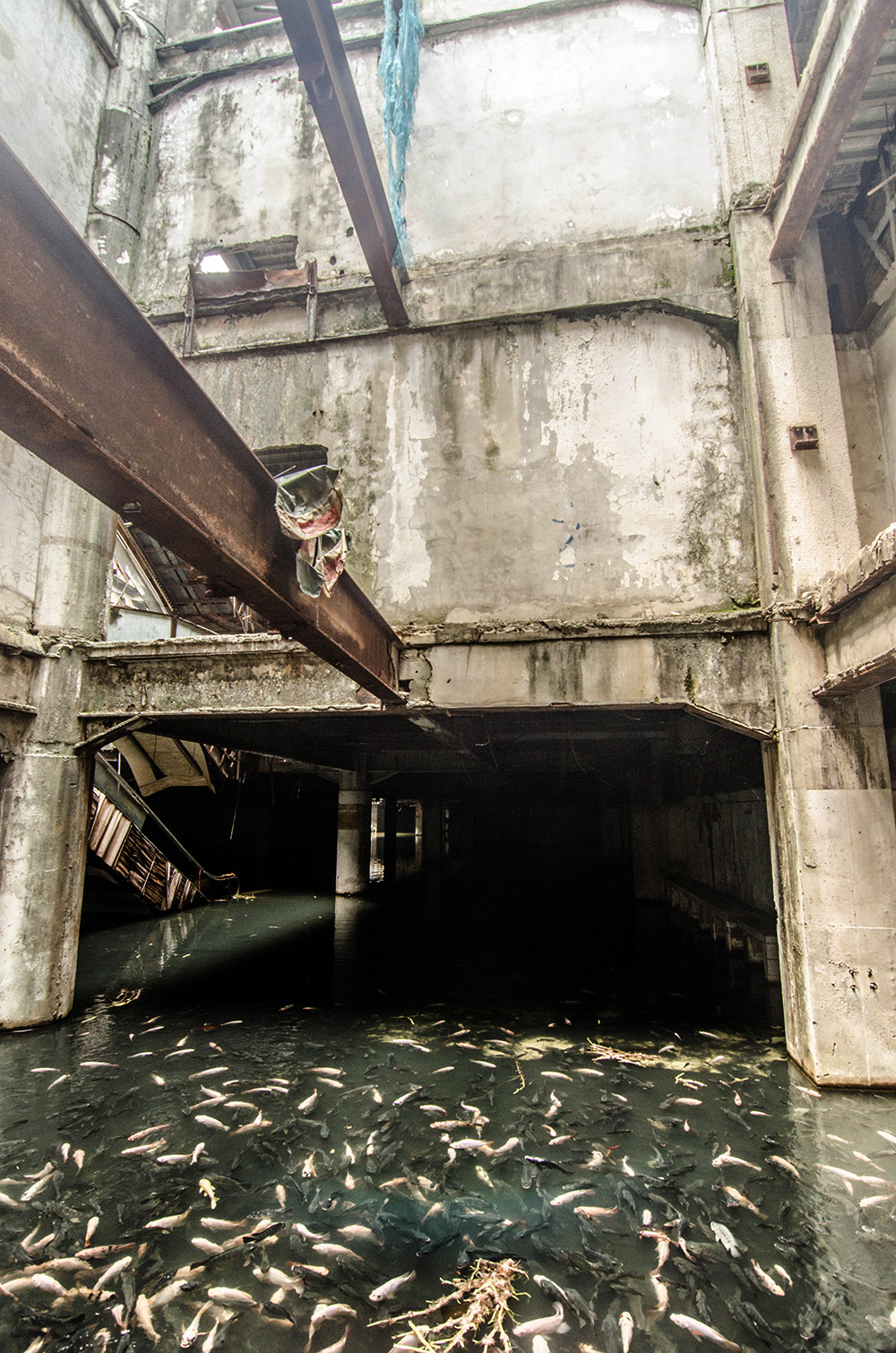 Artist 'Roadsworth' Continues to Transform Streets, Buildings and Sidewalks into a Visual Playground Montreal artist Roadsworth (previously) continues to make his mark on the streets of Montreal by introducing elements of wildlife and humor onto an asphalt canvas. In his latest pieces we see flocks of geese swooping down tree-lined streets and schools of sardines move with the flow of pedestrian traffic (or end up wedged inside a tin can), unexpected symbols against an urban backdrop.

This year marks a decade since Roadsworth was charged with 53 counts of public mischief, after which he received considerable public support and was let go with a slap on the wrist. Since then the artist has created artwork for municipalities, exhibitions, and arts festivals around the world. You can see much more on his website, and he also has a book. 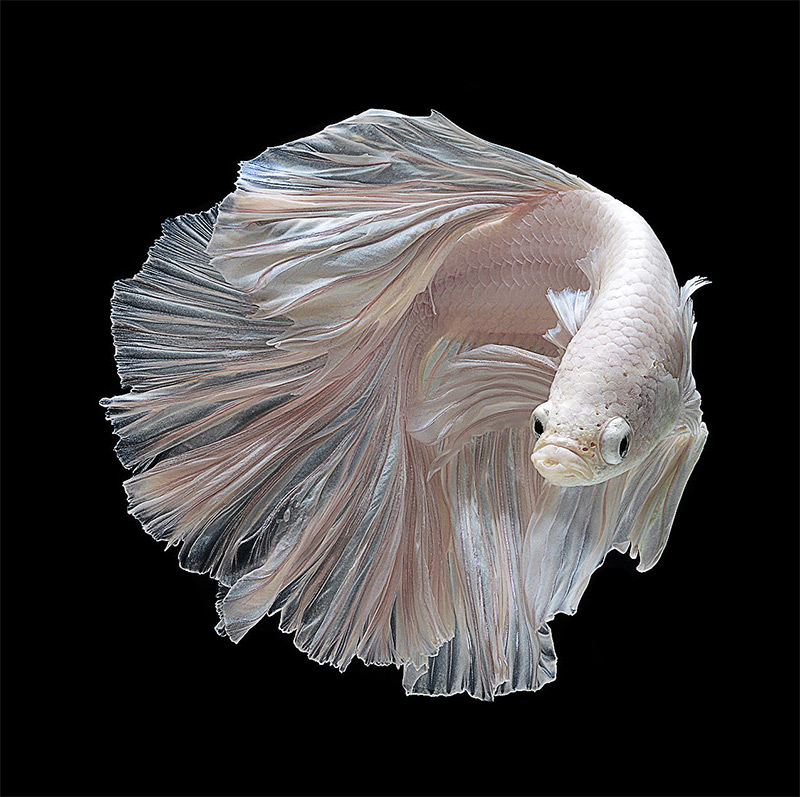 Thai photographer Visarute Angkatavanich shoots phenomenal portraits of Siamese fighting fish (betta). The intimate photos are perfectly lit in clear water and look as if the fish are floating in midair. See much more here. (via DDN JAPAN) 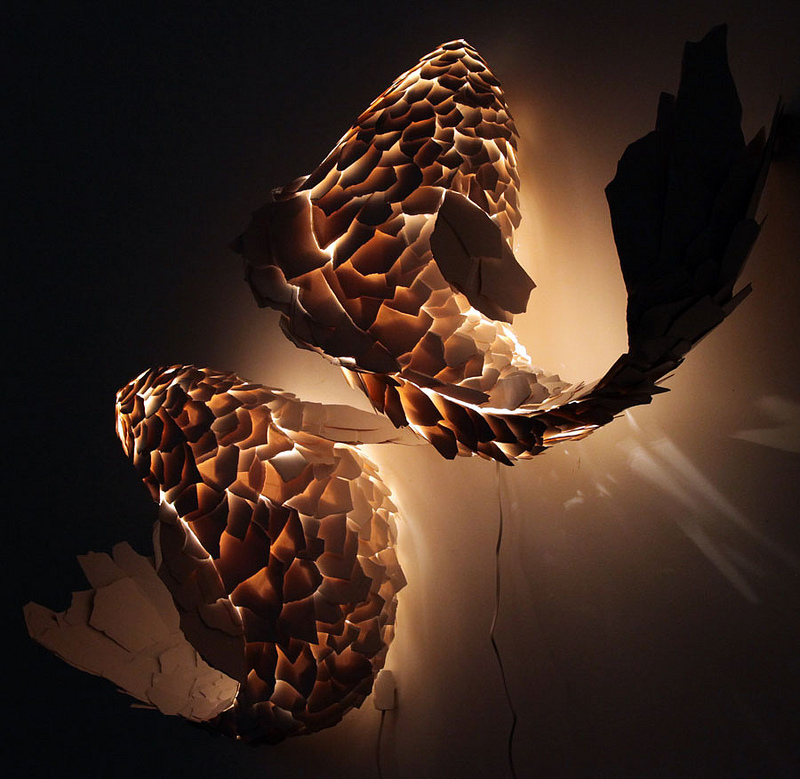 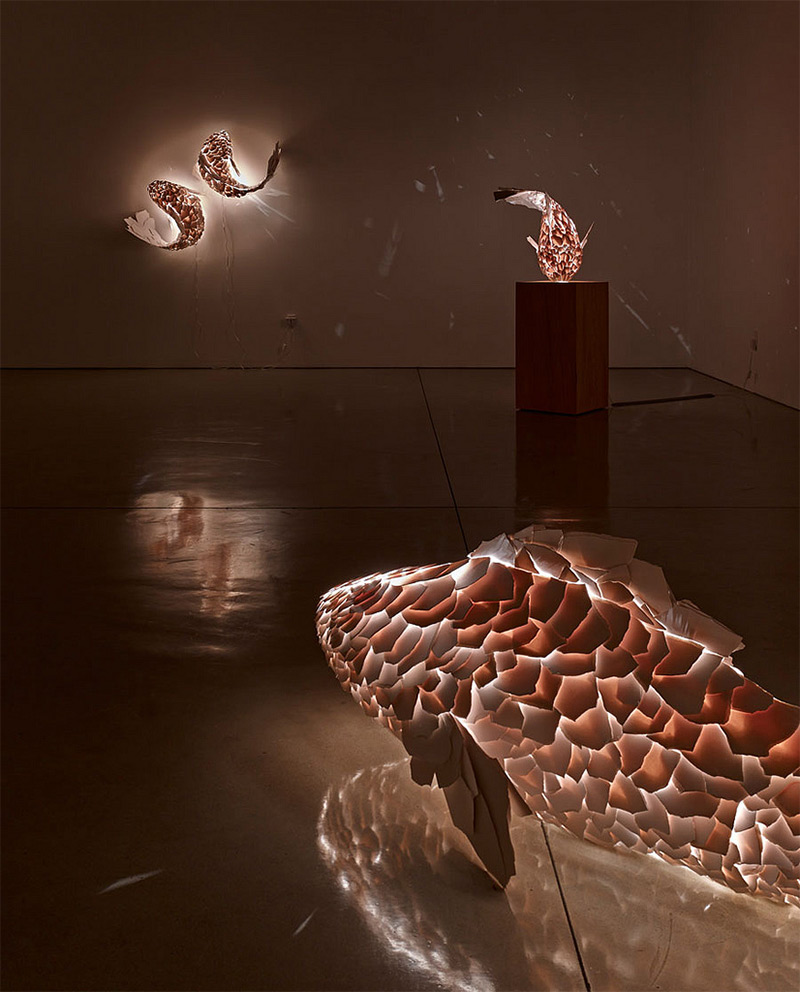 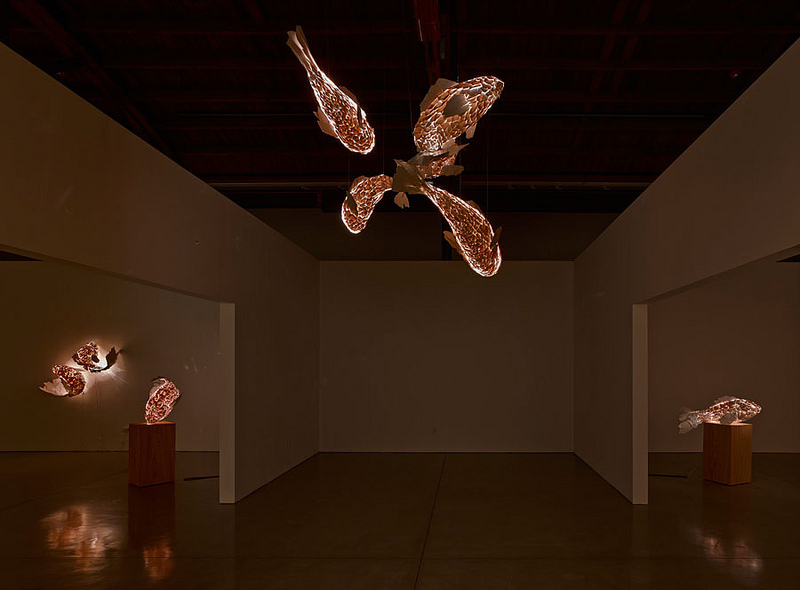 Back in January of this year architect and artist Frank Gehry unveiled this striking series of fish lamps at Gagosian Beverly Hills and later in Paris. The glowing fish are constructed from jagged scales of ColorCore formica mounted on a wireframe and are an extension of a series of similar lights first built between 1984 and 1986. The story goes that while working on a commission for Formica back in the 80s Gehry dropped a piece of ColorCore which shattered, inspiring the idea of fish scales. You can see more views over at Gagosian and on Flickr. (via Dezeen) 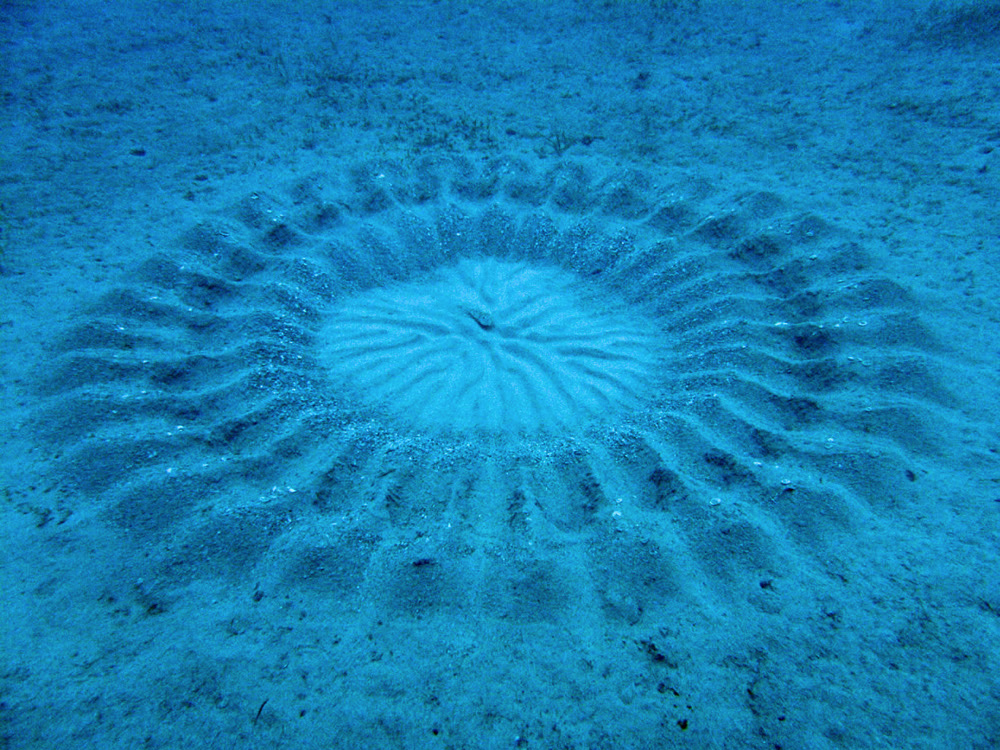