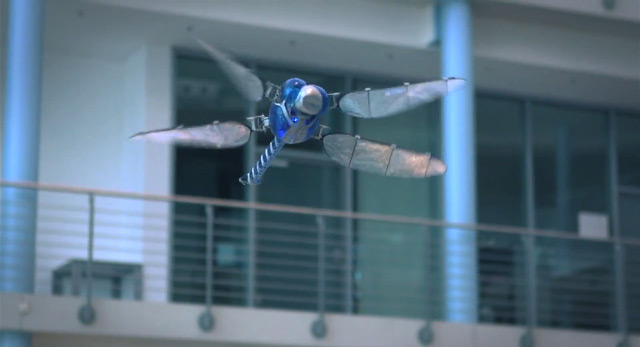 While many other remote-controlled dragonflies exist, many of which are available commercially as toys, the BioniCopter is the first device that can mimic the function of a plane, a helicopter, and a glider all in the same device. Learn more at Festo. (via rhumboogie)