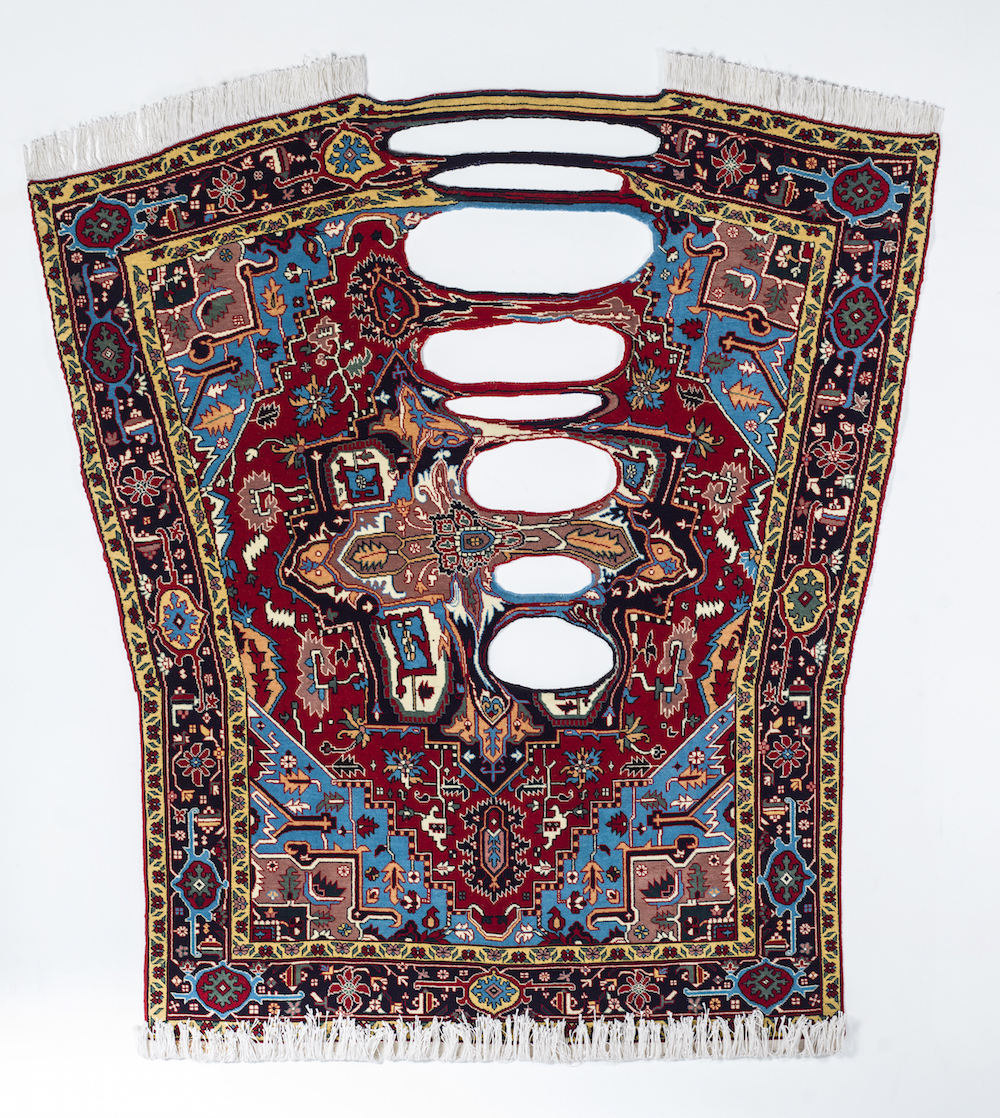 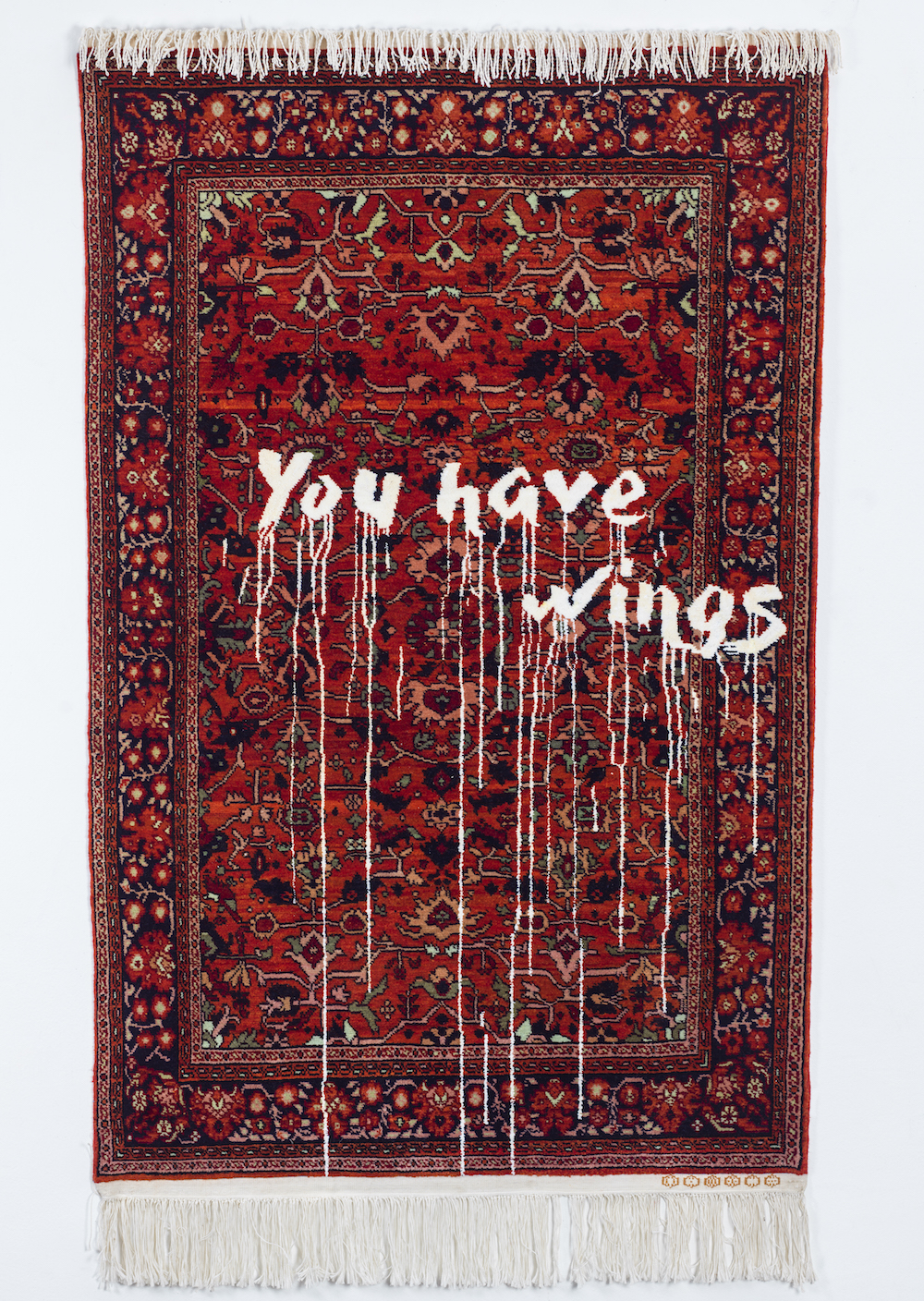 Faig Ahmed distorts the patterns of traditional Azerbaijani rugs, dismantling their structure in order to build compositions that trick the eye by appearing to melt off the wall. By rearticulating the original design, he creates contemporary sculptural forms that look like digital glitches, patterns flatlining halfway through a tapestry or gradually morphing into a digital mosaic.

Ahmed explains that his fascination for textiles stems from their historical value, humanity utilizing fabric for nearly the entire length of human history. “Another thing that interests me is pattern,” says Ahmed. “Patterns and ornaments can be found in all cultures, sometimes similar, sometimes very different. I consider them words and phrases that can be read and translated to a language we understand.”

Ahmed lives and works in Baku, Azerbaijan and graduated from the sculpture department of Azerbaijan State Academy of Fine Art in 2004. The artist previously focused on painting, video, and installation, but now currently focuses on textile and sculpture. Ahmed recently had a solo exhibition with Italian gallery Montoro12 titled “Omnia Mutantur, Nihil Interit,” and is currently in the group exhibition “Crafted: Objects in Flux” at The Museum of Fine Arts in Boston until January 10, 2016. (via Booooooom) 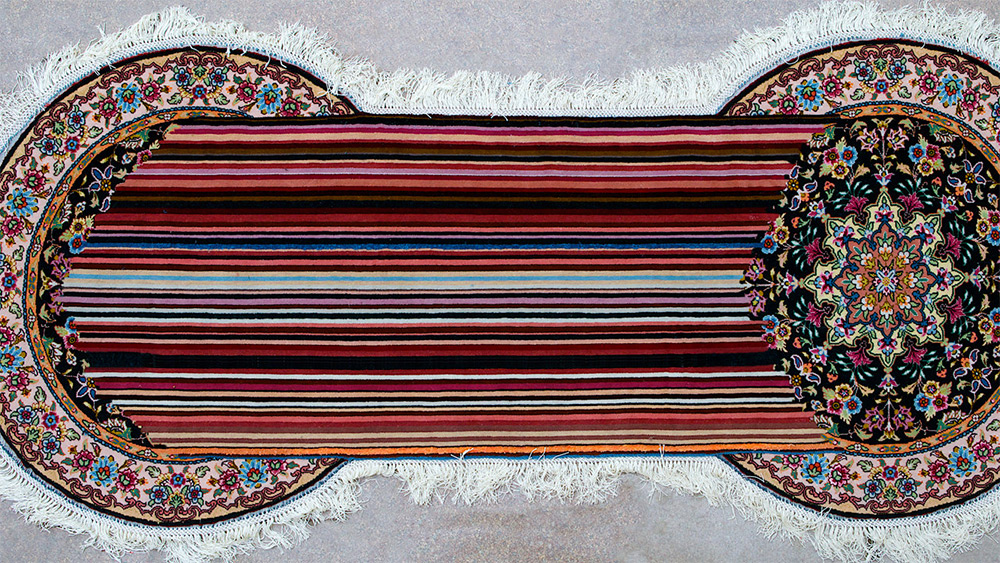 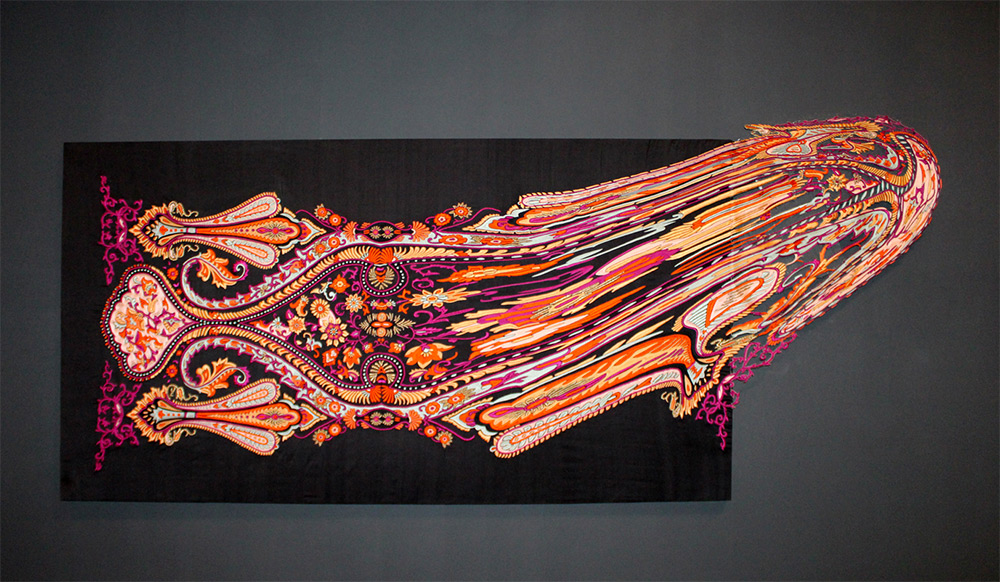