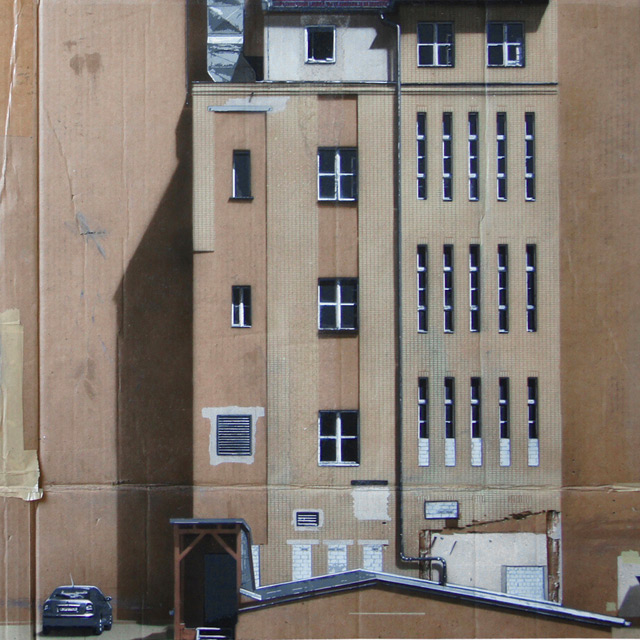 German street artist EVOL (previously) is currently showing a number of new pieces at Jonathan LeVine gallery. The new works feature urban facades spray painted with the use of stencils on flat sheets of cardboard. Much like his outdoor graffiti, these stencils display an uncanny attention to detail, depicting light and shadow that transforms mundane surfaces of consumer packaging into fascinating, seemingly multi-dimensional pieces of art. The show runs through May 5th. (via juxtapoz) All images © Tilt, shared with permission