As part of a promotional campaign for Wonderlijk Wild (Miraculously Wild), an effort to encourage home gardening in Belgium, filmmaking duo Emma De Swaef and Marc James Roels of Marc & Emma were hired to create this wonderful short about a felted green ape exploring the outdoors. You might remember their work from this other woolen animation featuring two doughy wrestlers for the National Animation Festival last year. (via Vimeo) 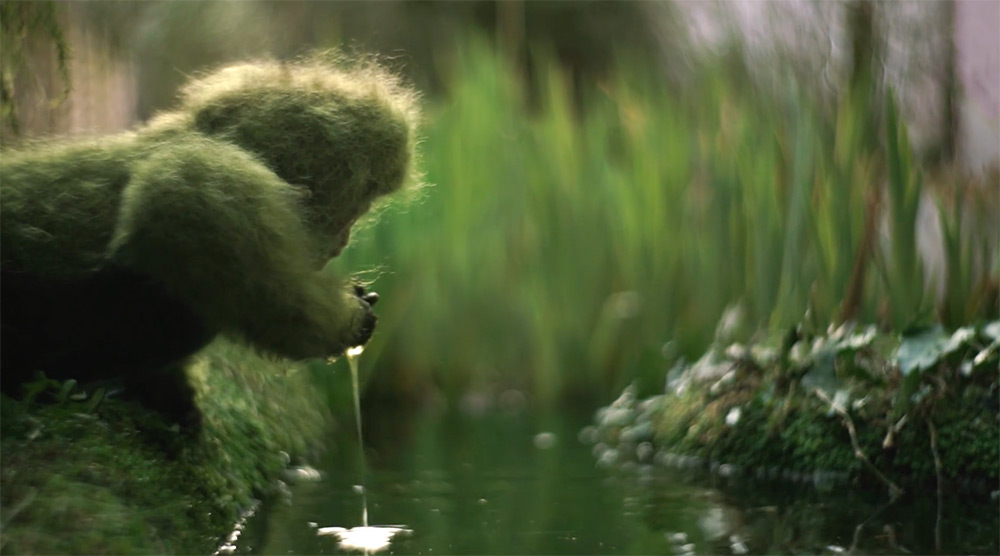 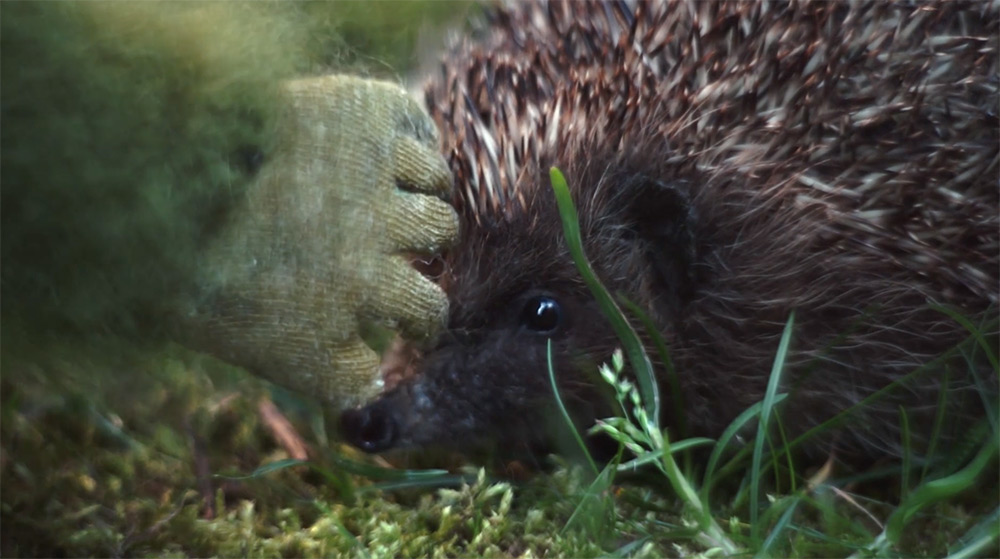 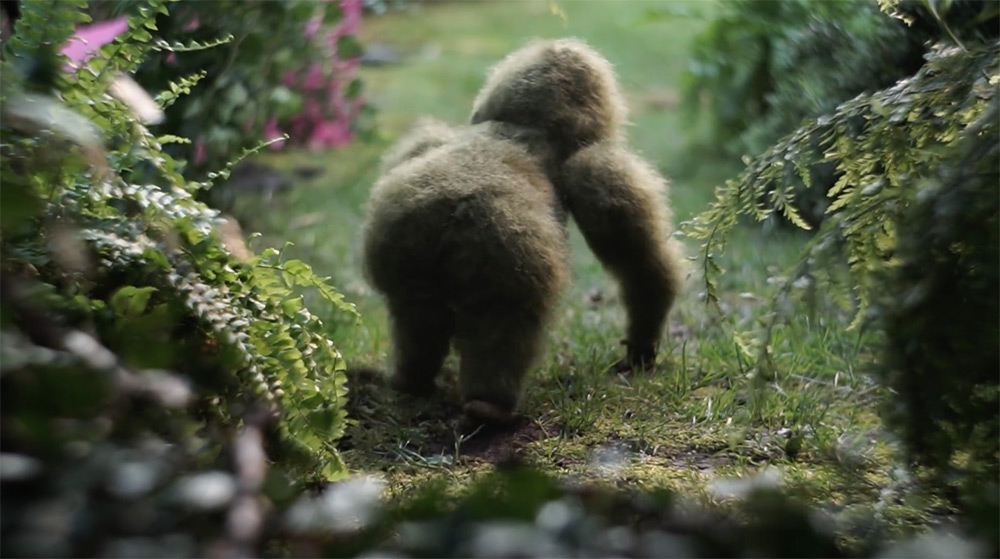 Update: An earlier version of this post referred to the film as “stop-motion” when in fact it’s actually live-action puppeteering.

5 Mètres 80: An Absurd Animation Depicting a Herd of Giraffes Leaping Off a High Dive by Nicolas Deveaux

OK, this is ridiculous, but in the best way possible. Spending too much time describing this short film by French animator Nicolas Deveaux would ruin it, so it’s probably best to just watch it. Created over a period of 1.5 years 5 Mètres 80 is a follow-up to a shorter animation he made 10 years ago about an elephant on a trampoline. Deveaux is widely known for his realistic animation of animals for both film and commercials, many more of which he shares on Vimeo. 5 Mètres 80 has toured film festivals around the world since 2013 picking up numerous awards and nominations including the Best in Show Award at SIGGRAPH Asia. (via Vimeo Staff Picks) The brilliant minds at ThinkGeek just launched this set of 10 glass coasters printed with sequential illustrations of the brain. When stacked in the correct order they reveal a complete three-dimensional “scan” of human brain. Available here. (via Laughing Squid) 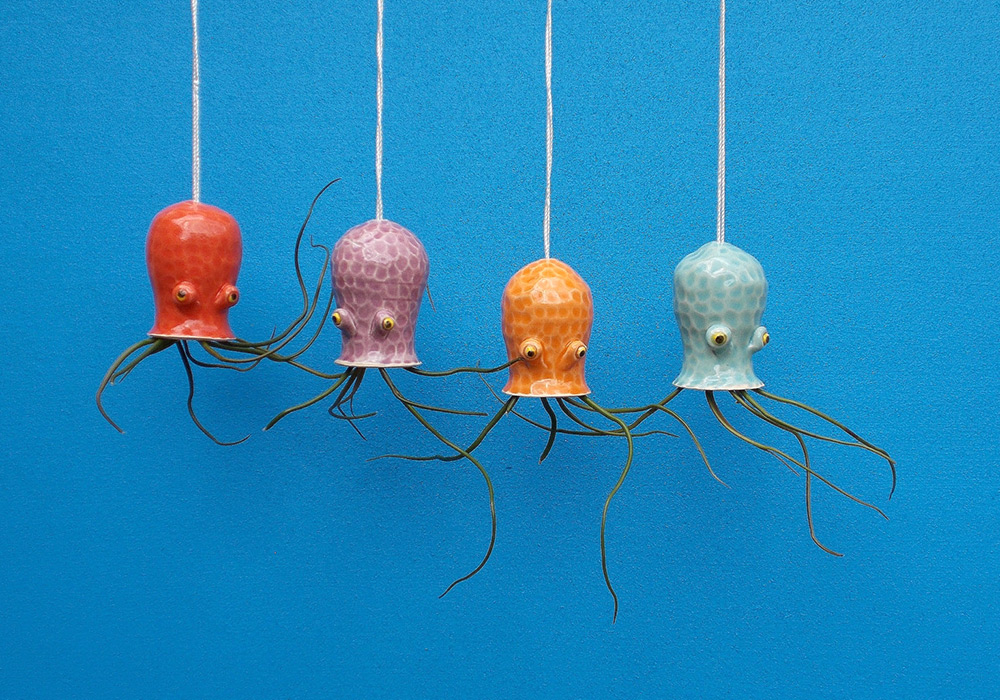 California-based artists Cindy and James Searles make call kinds of handmade ceramic air plant holders in the form of jellyfish, squid, octopi, and other underwater creatures. They come in shapes in size way too numerous to show here, you can see more in their shop. If you liked this, also check out Cathy Van Hoang’s urchin shell air planters. Have your sushi and … dry off with it, too. Designer Jenny Pokryvailo came up with this amusing concept for a series of towels that when properly folded resemble different types of maki rolls. You may previously recognize Pokryvailo’s design work from her wildly popular (and equally quirky) Nessie Ladle, Sardine Paper Clips, and Rainbow Marker Set. (via Laughing Squid) 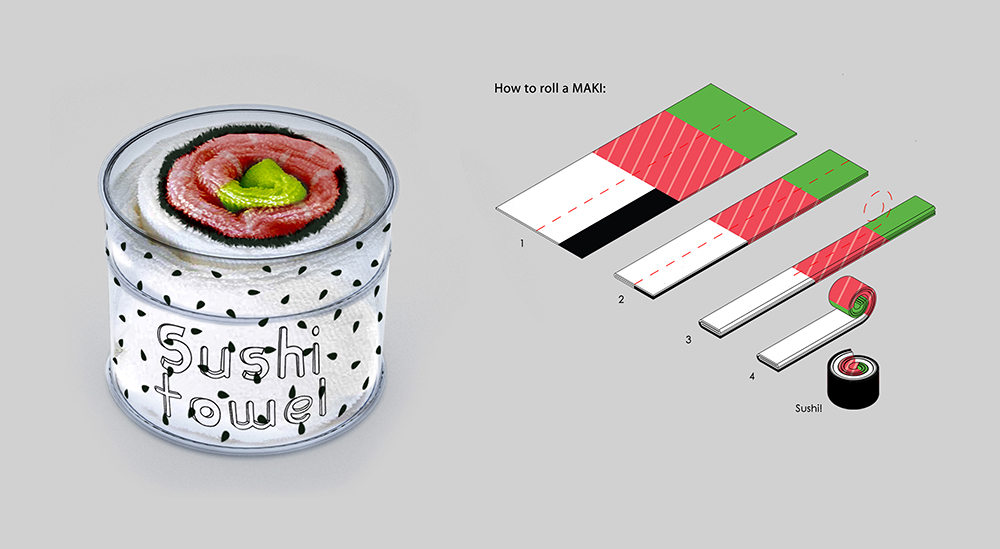 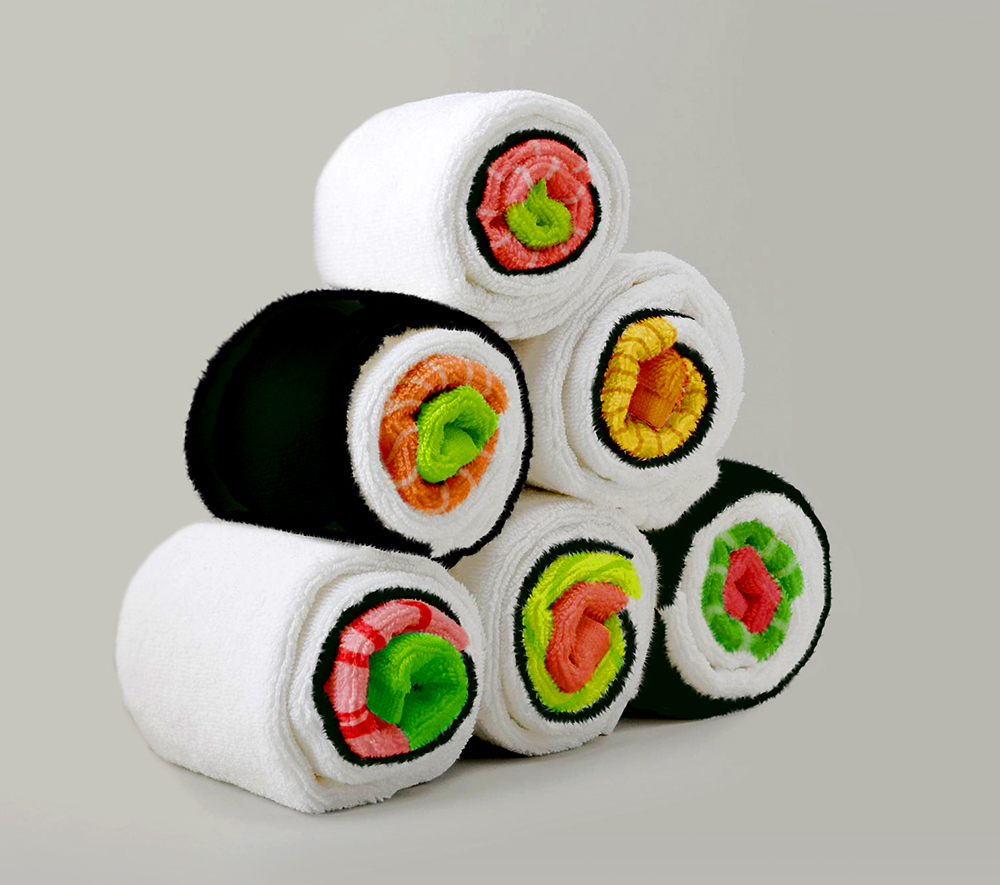