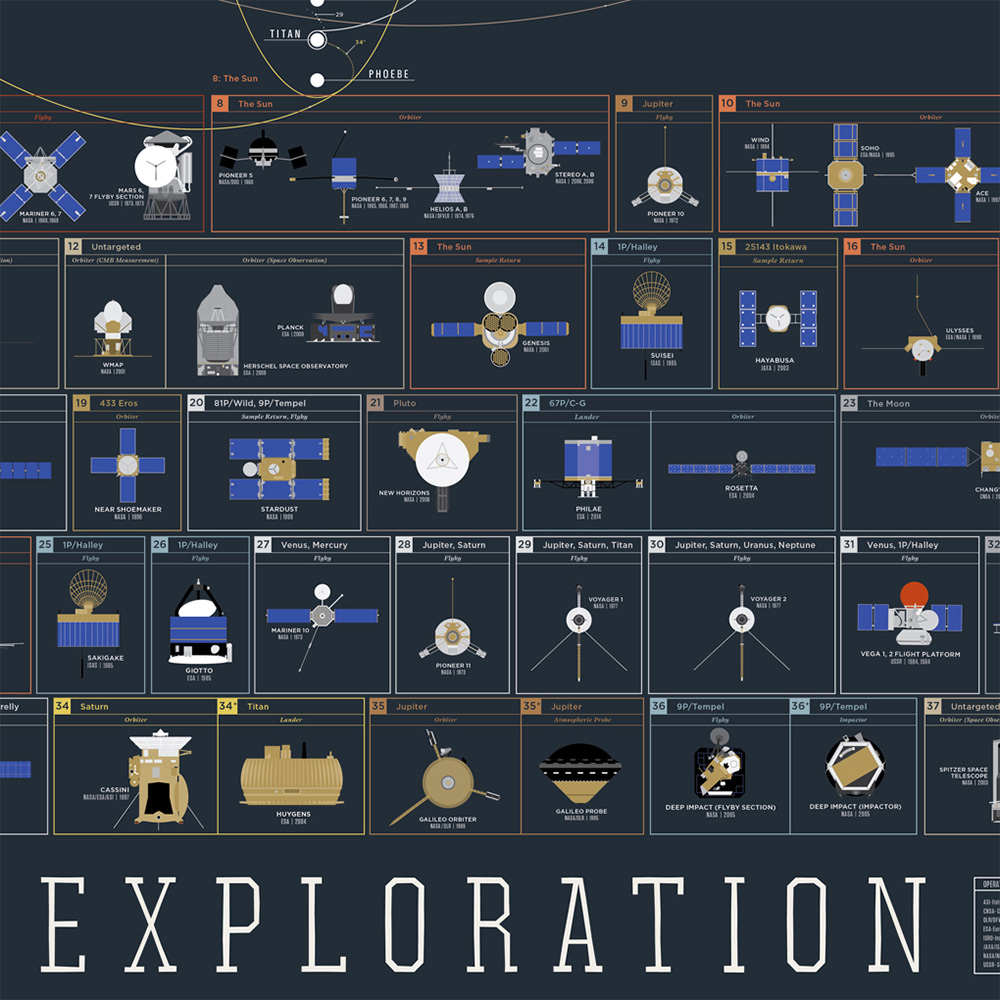 The Daily Routines of Famous Creative People cleverly organizes the daily schedules of famous artists, philosophers, writers, and composers as recorded in their own diaries and letters. Not only does it show how they switched gears between creating, sleeping, and leisure time, but the chart is fully interactive including quotes from each individual. I would love to see a version of this with modern creatives (and more women) as well. (via Coudal)

Update: The information used to create the infographic comes from the book Daily Rituals: How Artists Work by Mason Currey. Although the meaning behind these oil paintings by Atsushi Koyama is somewhat ambiguous, it’s easy to appreciate the exactness of his paintbrush that colorfully and elegantly depicts mechanical diagrams mixed with anatomical illustrations. Born in Tokyo, Koyama holds both a BFA in art from Tama Art University and a Bachelor’s degree in mathematics from Tokyo University of Science, so it’s no surprise to see a confluence of both backgrounds in his artwork. You can see more paintings from the last few years on his site. Artist and designer Eleanor Lutz has a special knack for science illustration. On her blog, Tabletop Whale, she recently shared this great series of admittedly non-scientific charts that deconstruct the wing patterns of birds and insects. After spreading across the web like wildfire the last few days she quickly turned it into a print available through Artsider. (via Kottke)