Prolific sound artist Zimoun (previously here and here) has completed work on what may be his most ambitious project ever, a towering sound installation inside an abandoned toluene tank in Dottikon, Switzerland. The permanent installation uses 329 of the artist’s trademark prepared dc-motors and cotton balls that have been affixed to the inner tank walls, and relied on contributions from Hannes Zweifel Architecture, Davide Groppi, and many others. The result is a whirring, rhythmic soundscape that is completely camouflaged within an old factory. Via Zimoun’s artist statement:

Using simple and functional components, Zimoun builds architecturally-minded platforms of sound. Exploring mechanical rhythm and flow in prepared systems, his installations incorporate commonplace industrial objects. In an obsessive display of simple and functional materials, these works articulate a tension between the orderly patterns of Modernism and the chaotic forces of life. Carrying an emotional depth, the acoustic hum of natural phenomena in Zimoun’s minimalist constructions effortlessly reverberates.

Zimoun has completed several additional installations in the last few months, all of which can been seen on his website.

Update: In case you’re wondering here’s a behind-the-scenes video of how it all came together. 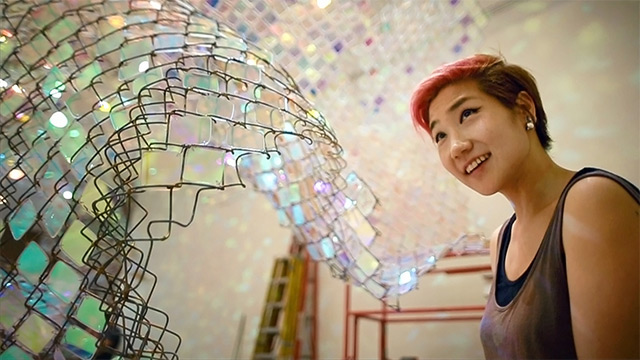 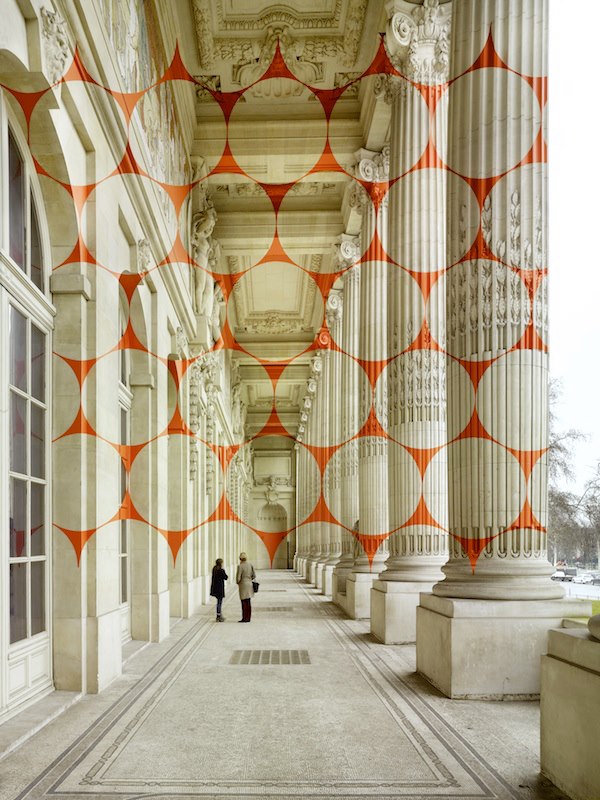 Swiss artist Felice Varini is know for his large scale projections of geometric forms onto rooms and exterior spaces. His latest work at the Grand Palais in Paris went up just last month, you can watch the video above to see how he works with projectors and stencils to create his artwork that only appears proportional when seen from a specific viewpoint. You can also follow him on Facebook. (via street art news) 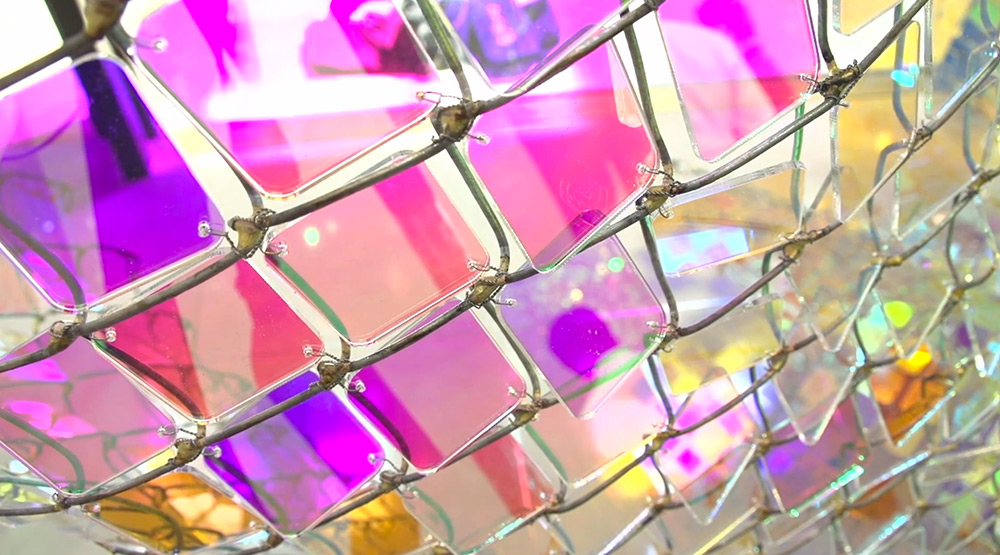 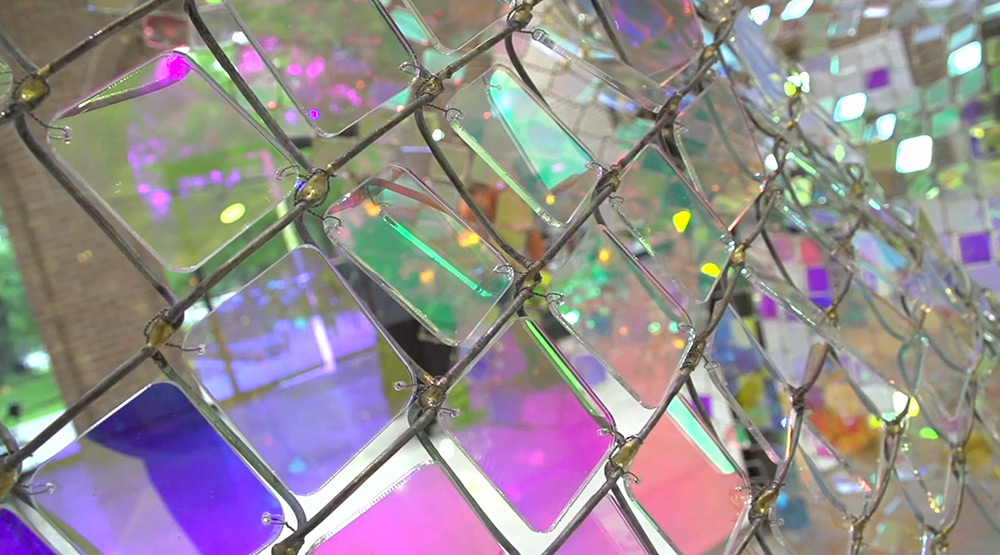 Currently on view at Rice Gallery is this shimmering installation titled Unwoven Light by Soo Sunny Park, comprised of some 37 sections of chain-link fence embedded with translucent sections of Plexiglas. The suspended waveforms capture and reflect nearly every light source in the gallery creating a fractalized rainbow of color that changes quality depending on the time of day. Of the work Park says, “We don’t notice light when looking so much as we notice the things light allows us to see. Unwoven Light captures light and causes it to reveal itself, through colorful reflections and refractions on the installations surfaces and on the gallery floor and walls.”

The installation will be up through August 30th, and if you’ve never stopped by Rice Gallery before, chief curator Kim Davenport and assistant Joshua Fischer have brought some incredible artists to the space over the last few years, definitely worth a look. Several photos above by Nash Baker. (via my modern met) Last year artist Miya Ando traveled to Puerto Rico where she released 1,000 non-toxic resin leaves coated with phosphorescence into a small pond. During the day the leaves would “recharge” and at night would give off a ghostly, ethereal glow much like the light of a firefly. Titled Obon, the installation was inspired by a Japanese Buddhist festival of the same name that honors the spirits of one’s ancestors. The leaves were also meant to simulate Puerto Rico’s bioluminescent bays, a natural phenomenon caused by dinoflagellates, photosynthetic underwater organisms that emit light when agitated.

You can learn more about Ando’s artwork over at Spoon and Tamago who stopped by for a studio visit not to long ago. You can also follow her on Tumblr and if you’re in the NYC area next month she’ll have a solo exhibition at Sundaram Tagore Gallery starting June 20th. Photography courtesy L. Young.