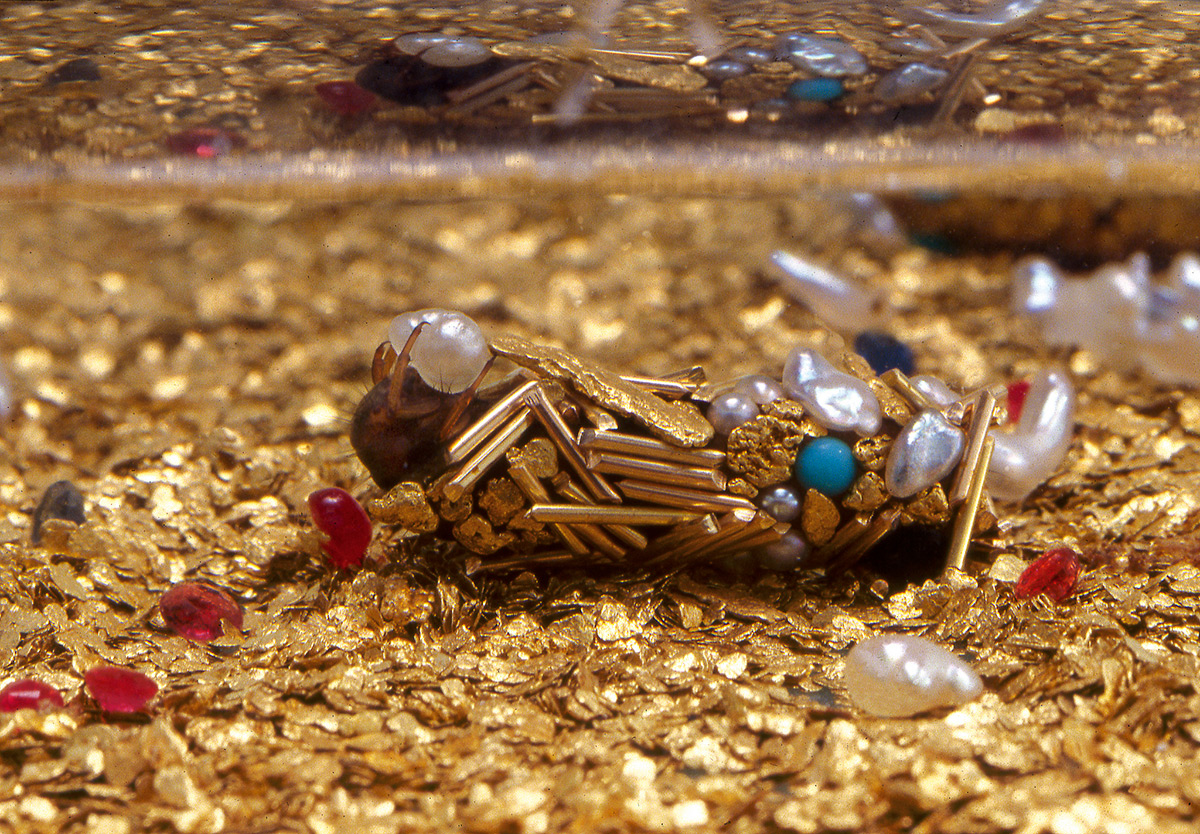 Right now, in almost every river in the world, some 12,000 different species of caddisfly larvae wriggle and crawl through sediment, twigs, and rocks in an attempt to build temporary aquatic cocoons. To do this, the small, slow-moving creatures excrete silk from salivary glands near their mouths which they use like mortar to stick together almost every available material into a cozy tube. A few weeks later a fully developed caddisfly emerges and almost immediately flies away.

After first learning about caddisflies, self-taught (and self-professed amateur) artist Hubert Duprat had a thought. Had a caddisfly ever naturally encountered a fleck of gold in a river and used it to build a home? And then one step further: what if a caddisfly had only gold and other precious stones or jewels to work with?

Trichoptères, French for the scientific name of the caddisfly, is Duprat’s answer to that question. For years the artist has been collaborating with the tiny insects, providing them small aquariums of gold, turquoise and pearls that the the larvae readily use to construct their temporary homes. Regardless of how creepy crawly you might find the insects, it’s impossible to deny the strange beauty of the final product, tiny gold sculptures held together with silk. Encountering them void of any context, one would assume they were constructed by a jeweler.

Duprat currently has a solo exhibition at the Museum of Old and New Art in Tasmania which runs through July 28th, and it should be noticed that is work with caddisflies is only one small aspect of his art practice. 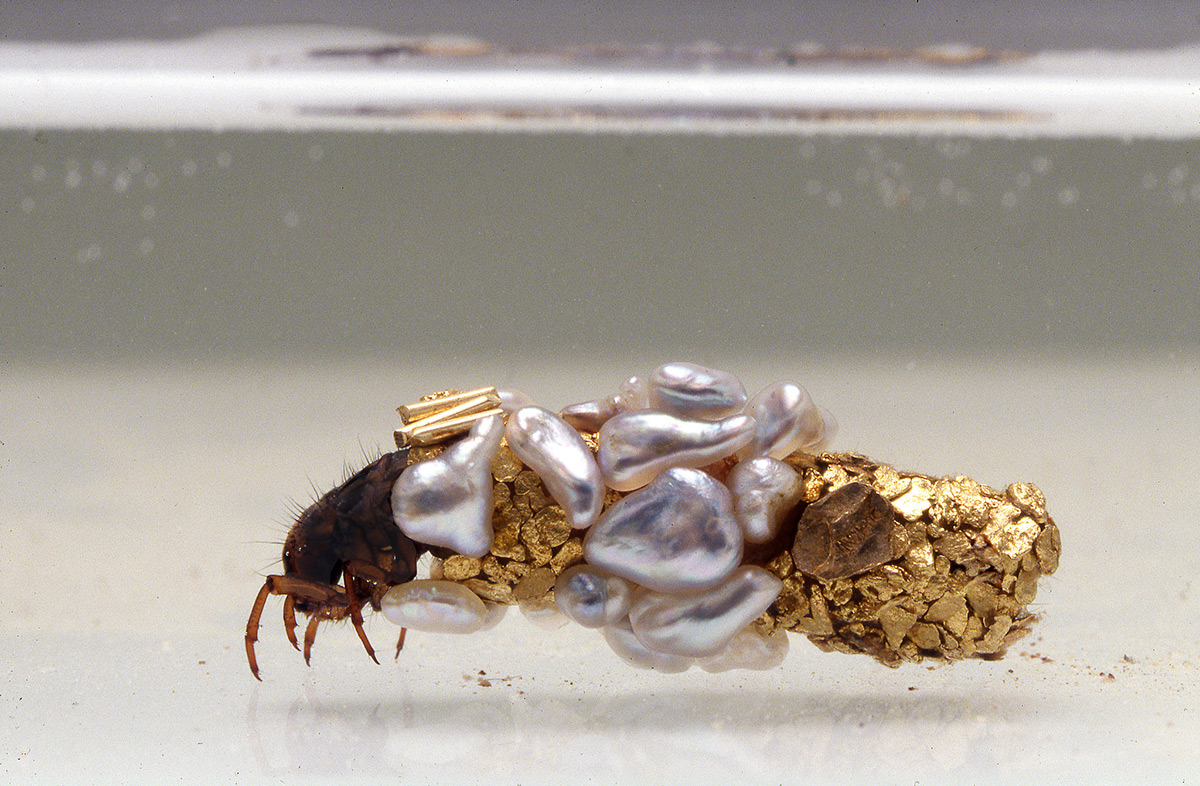 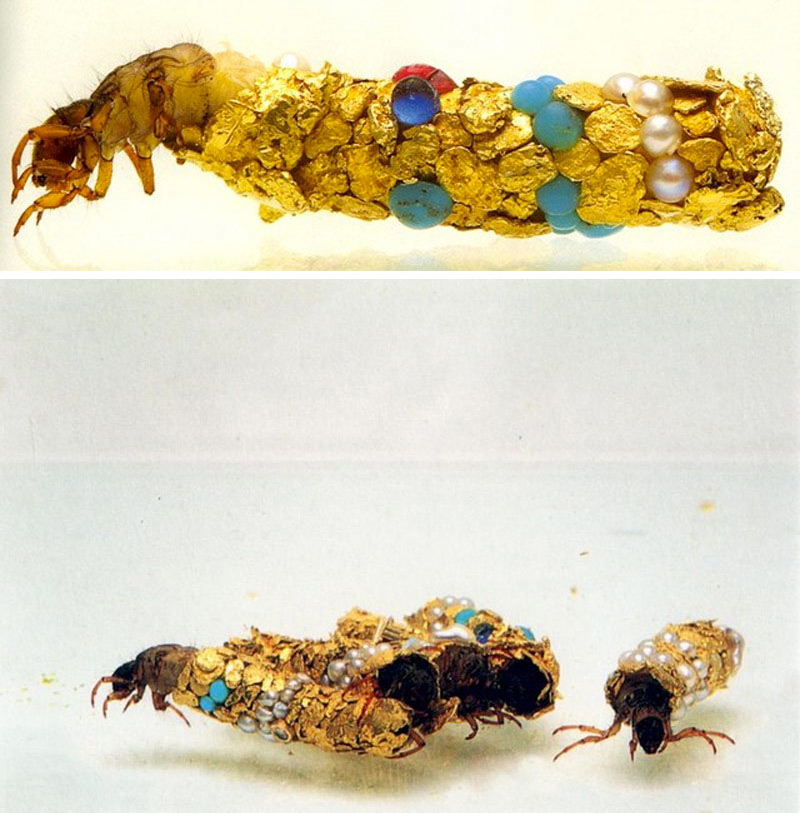 A huge thank you to the Museum of Old and New Art and photographer Fabrice Gousset for providing the images for this post. If you liked this, don’t miss the work of (via ARTREBELS) 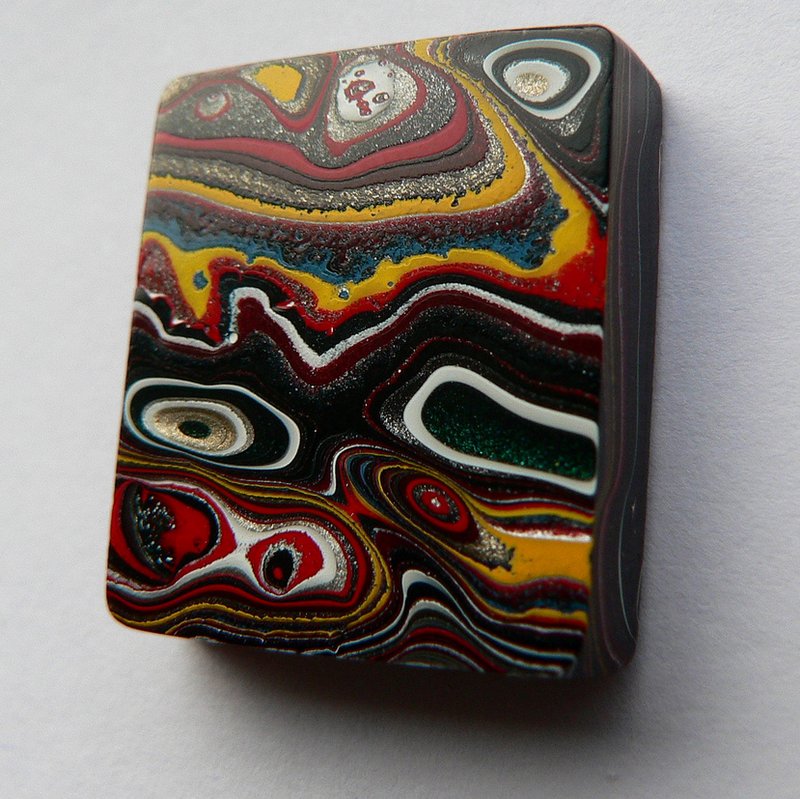 Stefaan duPont over at SDPNT is making some wonderful one-of-a-kind cuffs from old camera lenses. Every bracelet is completely unique and can’t be duplicated. The store opened for the first time about two hours ago, so check it out. (via notcot)

Waveform Necklaces and Bracelets Designed from a Recording of Your Voice 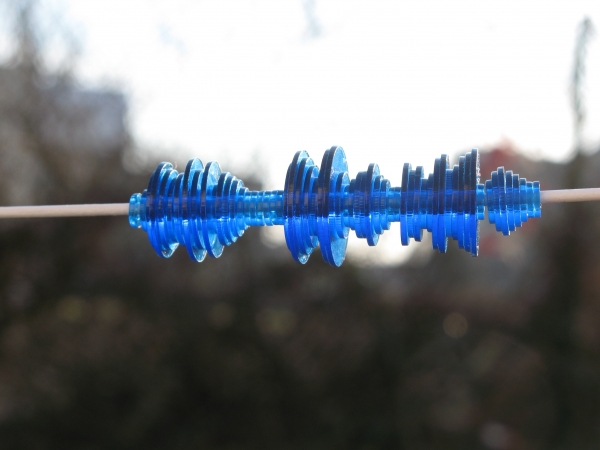 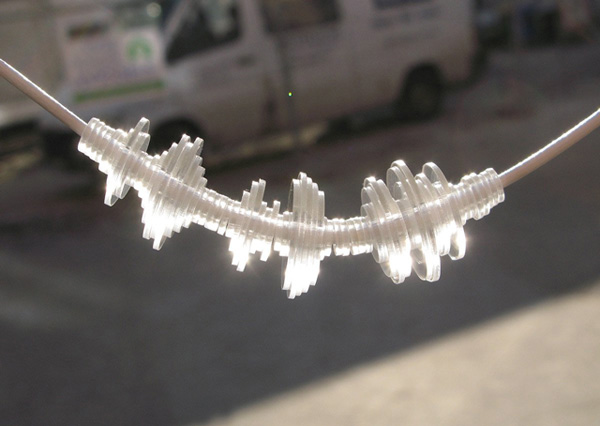 The Waveform Necklace by Berlin-based designer David Bizer is created from a digital audio recording of a voice or song. Bizer offers the jewelry in a wide range of materials including silver and wood and also offers a tutorial on how you can do it yourself. (via laughing squid)