From his studio in northern California, artist Jon Carling summons the metaphysical by scrawling scenes tinged with magic and whimsy. He works in pen and pencil, layering lines and wispy markings into a wave of florals enveloping a levitating figure or a beam radiating from a woman’s eyes. Many of the works feature an element of hidden sorcery, veiling the largely natural subject matter with mysteriously powerful energy.

Although devoid of color, Carling’s drawings capture the trippy, psychedelic imaginations associated with the rock music that dominated the Sixties and Seventies and provided the soundtrack for his childhood home. “I have been drawing every day since I can remember,” he shares. “Drawing has always been a therapeutic and comforting activity for me, and I grew up spending vast amounts of time in my room filling up sketchbooks.” His subject matter and style reference these early years of his life, evocative of the video games, cartoons, comics, and illustrated books he found himself immersed in.

Shop originals and stickers on his site, and follow Carling on Instagram to keep up with his latest works on paper. 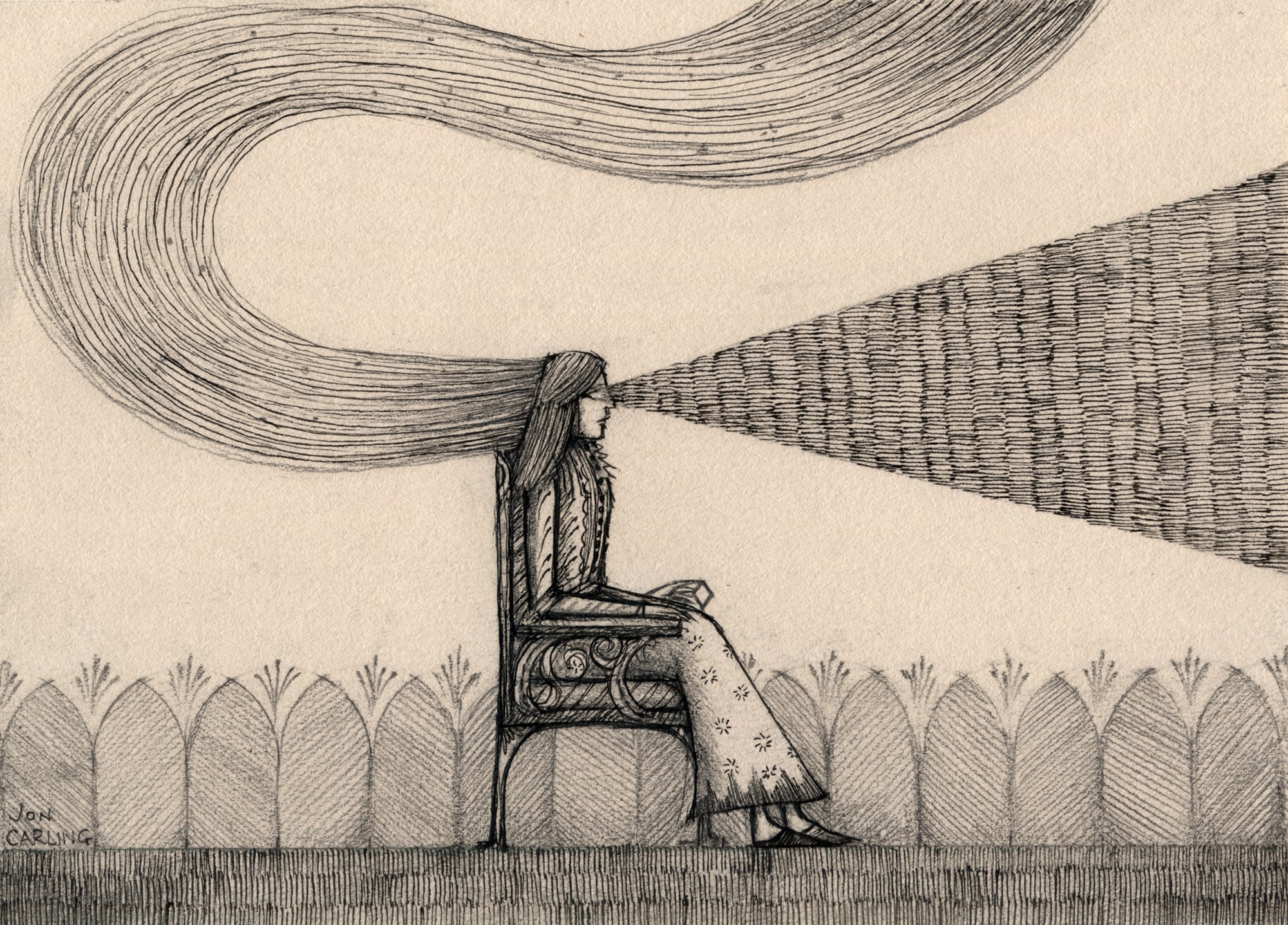