In Parable of Gravity, artist Casey Curran (previously) assembles a vast garden of delicate kinetic blossoms amidst an expanse of deterioration. The sweeping landscape, which is on view at Seattle’s MadArt through April 17, positions Curran’s pulsing plant forms atop 20 towers of wooden scaffolding that line the gallery space. Coated in a thick layer of mud, the tallest structures scale eight feet at the outer edge of the installation, where a human-like figure appears to hover in the air. The anonymous body is covered in the flowers, which are made from laser-cut polyester drawing papers and powered by cranks and small motors.

Through the maze of garden plots at the other end of the space hangs a hollow, aluminum asteroid—which is modeled after 951 Gaspra, the first rocky mass humans were able to observe in detail thanks to a 1991 viewing by the Galileo spacecraft. Titled “Anchor of Janus,” the imposing sculpture references both the Roman god and the intricate motifs on Gothic cathedrals and provides a foreboding, catastrophic lens to the otherwise burgeoning garden.

In a statement, Curran explains the confluence of the manufactured and organic themes:

This mythological, architectural, and astronomical convergence considers not only the scientific and spiritual aspects of our connection to the natural world, but also our cultural legacy and the ways in which past technological advancements continue to impact our lives and experiences today. Further, the reference to Janus recognizes the dual nature of human progress, with all of the positive and negative implications it carries.

Watch the video above to watch the installation take shape, and follow Curran on Instagram and Vimeo to stay up-to-date with his latest projects. “We Spoke Like This to Remember.” Photo by Adrian Garcia Rodriguez Detail of “Anchor of Janus.” Photo by James Harnois “Kinetic Towers” and “We Spoke Like This to Remember.” Photo by James Harnois Washington-based artist Anthony Howe (previously) has mesmerized viewers for nearly a decade with towering kinetic sculptures that twist and turn with hypnotic motion. Weighing hundreds of pounds, the hefty artworks are activated with even the slightest breeze and resemble otherworldly organisms, four-legged creatures, and mechanisms as they coil in the wind. Howe documents his fabrication process for one of his works in a new video on his YouTube channel, where he shares a growing collection of sleek sculptures. In a statement, Panton said he “evokes a spirit in his work that feels like a collision between an analog past and a digitized future, where human beings and machines will inevitably glitch alongside one another in a prism of neon gradients, geometric shapes, optical patterns, and jagged grids.” Many of his colorful works appear pixelated in the physical form of a mural or sculpture.

A limited-edition run of the artist’s kaleidoscopic sculpture will be released by Configurable on May 26. To see more of his vivid projects, head to Instagram. (via Street Art News) 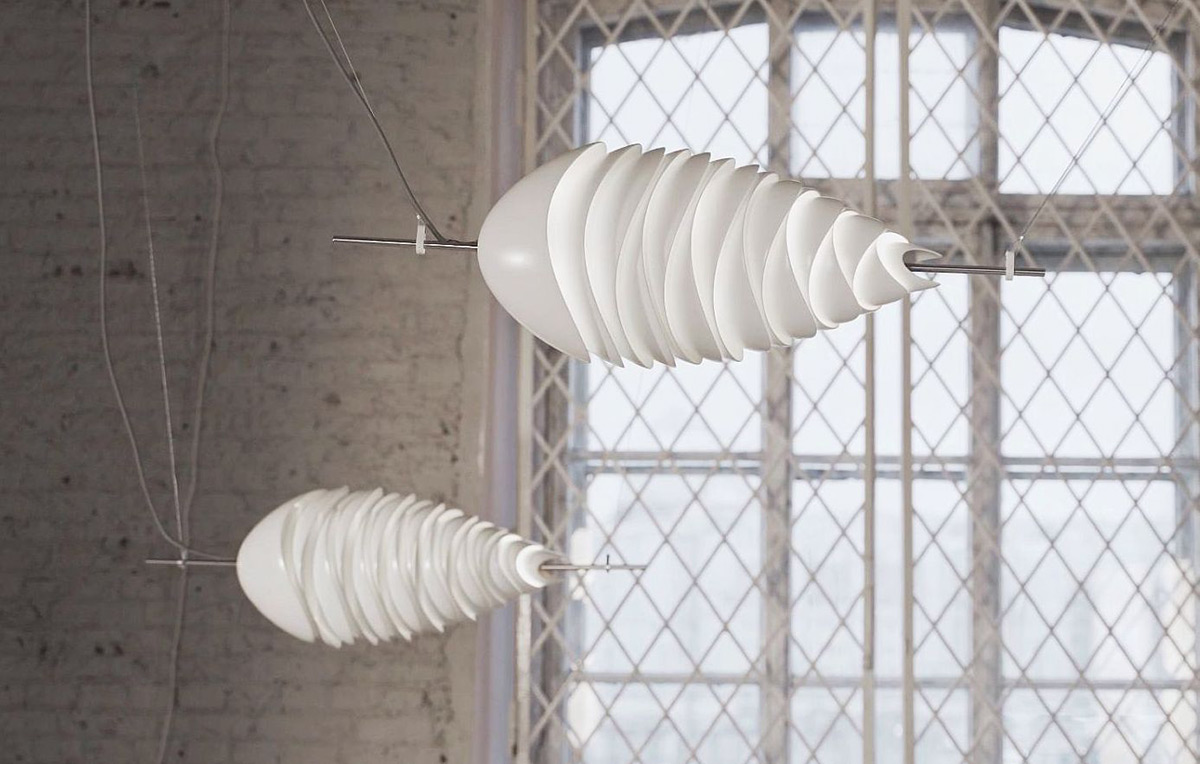