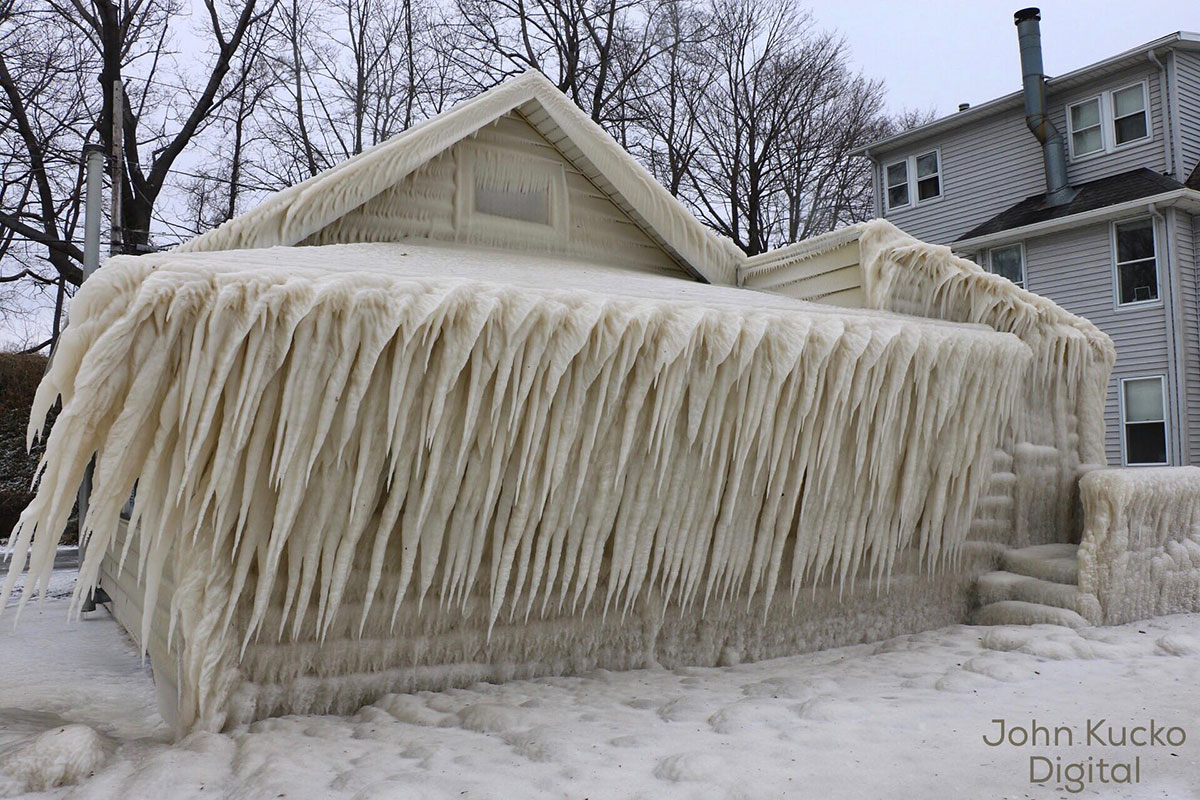 Last weekend photographer John Kucko received a tip about a house in Webster, New York that had become encased in ice after a winter storm swept through the area. Arriving on the scene he found what you see here, a resident’s summer home swallowed entirely by wind-swept icicles and sheets of ice. Kucko shares with Colossal that the building rests just 20 feet from the rocky shores of Lake Ontario where winds recorded up to 81mph caused the waves to crash against the small home. You can see a few recent video updates on his Facebook page. (via Twisted Sifter)