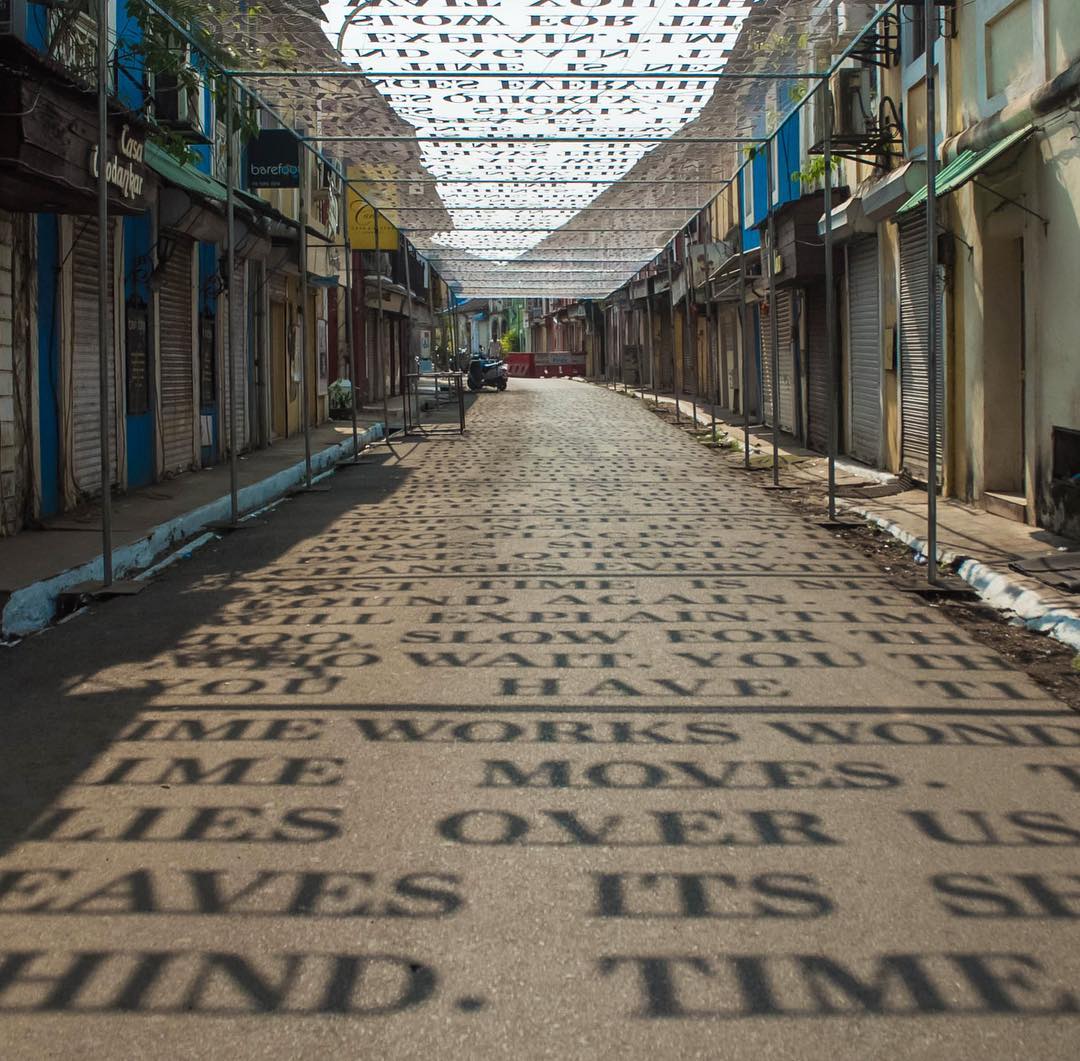 Pseudonymous Indian street artist DAKU recently installed an immersive text-based work in Panjim, Goa. Placed along 31st January Road, a fishnet structure suspends letters above pedestrians. The region’s abundant sunlight pours through to cast shadows on the street, spelling out tropes about the passage of time. Some of the phrases include, “Time works wonders. Time moves. Time flies over us, but leaves its shadow behind. Time fades. Time is an illusion.” The temporary installation, titled Theory of Time, was supported by the public art nonprofit St+art India, as part of the Start Goa festival.  DAKU often integrates language into his urban interventions. You can see more from the artist on Instagram.