To introduce her new body of work, Rachael Talibart writes that “the rhythm of the tides, tethered to the waxing and waning of the moon, shapes our very sense of time.” The U.K.-based photographer captures the ebb and flow of the English coastline through photographs that frame both erupting waves and the days surrounding violent storms. An extension of her previous collection that framed what appears to be otherworldly creatures jumping from the water, Talibart’s recent work has culminated in a book titled Tides and Tempests.

While her subject matter is similar, she shares with Colossal that limiting herself to southern coastlines has been fruitful. “I think that what at first may seem like a restriction has actually made me more creative—it has forced me to dig deeper and look for images where I might perhaps not have found them if I was more of a generalist,” she says.

While Tides and Tempests at times displays the mythical qualities and creatures of the water, it also includes the quieter moments. Talibart writes that this broader focus has taught her patience and to find as much interest and delight in the slow sunsets and discarded shells as the frenzied storms. She expands on how the lengthy and varied story of the ocean has shifted her view of time:

The tidal cycle, the sound of waves, the shapes carved by wind and water on the shore, the call of sea birds, the curl of seafoam around a pebble, the shape of a shell, these all have a rhythm or pattern that I find both energizing and soothing. But they don’t always reveal themselves to you straight away—you have to be willing to invest time.

If you’re in the U.K., Talibart teaches photography workshops that focus on various aspects of her coastal subject matter. Otherwise, pick up a copy of Tides and Tempests, which features more than 120 images, from Kozu Books, and follow Talibart on Instagram. Situated along the coast in Cantabria, the Faro de Ajo has been transformed from a barren facade into a vivid display of more than 70 hues. The undertaking of artist Okuda San Miguel (previously), the 16-meter tower features a striped bird, wild animals rendered in bold blocks of color, and various dots and squiggles. Now bearing the name “Infinite Cantabria,” it is the first intervention on a Spanish lighthouse. “It has been a unique experience, both because of the artistic challenge that it has brought about for me, as well having carried this project out in my homeland,” says the artist, who is from the region in northern Spain.

Follow Okuda San Miguel on Instagram to check out more of his global projects, and pick up a face mask, puzzle, or print for a smaller dose of his technicolor interventions. (via TimeOut) 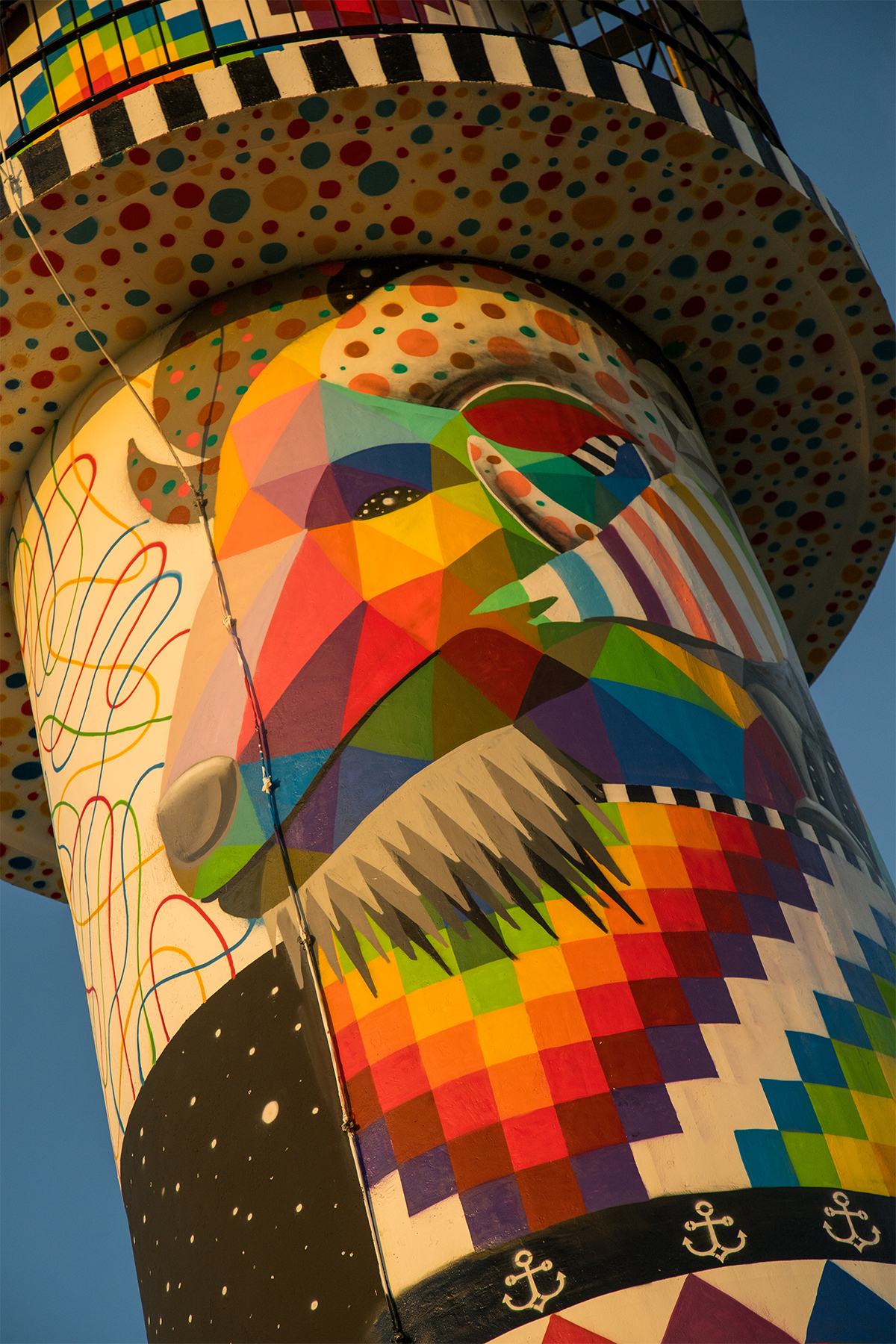