Sunburn: Long Exposure Photographs With Markings Burned by the Light of the Sun 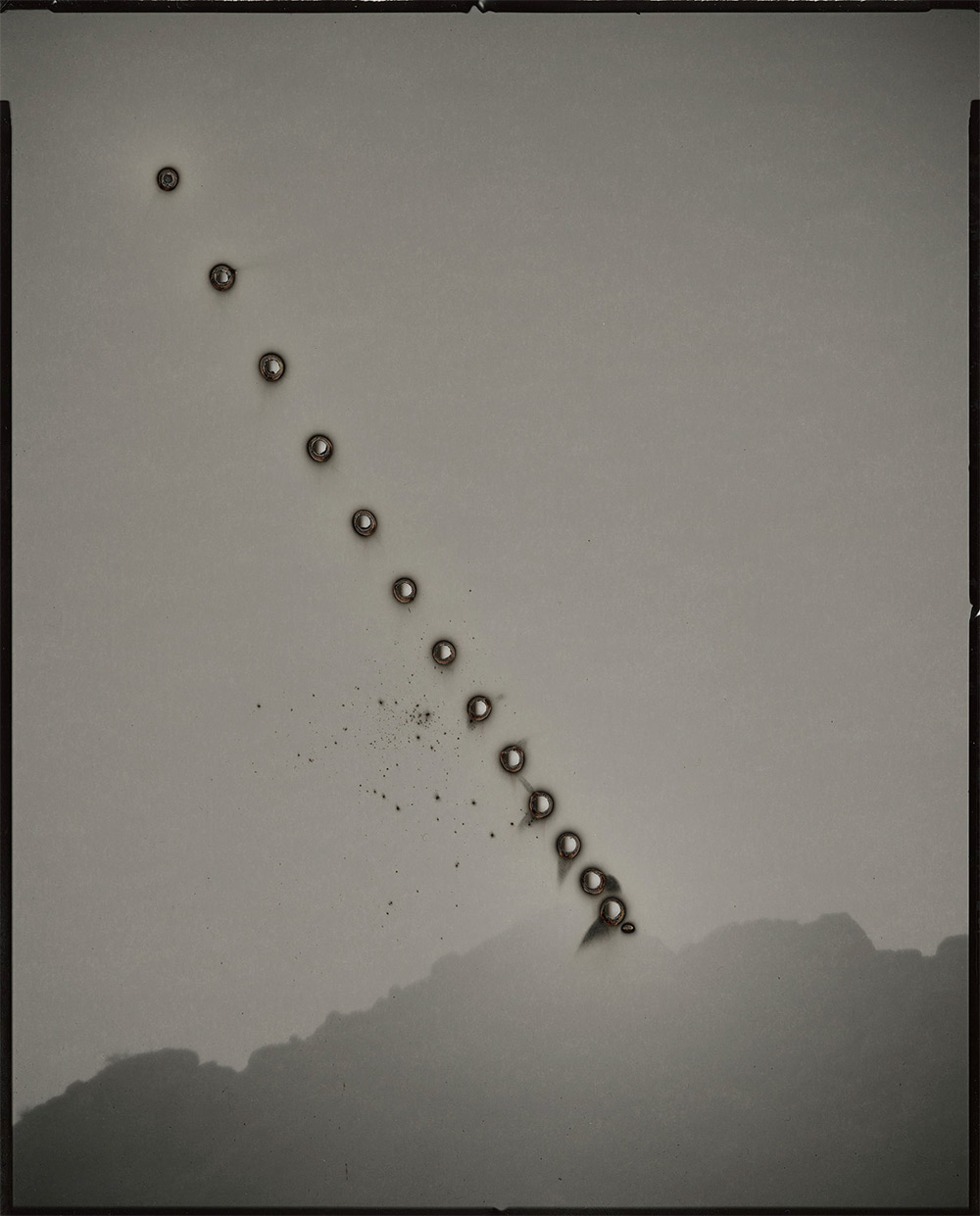 Photographer Chris McCaw uses the power of the sun to burn markings into his photographs, destroying small areas to appear like the sun itself. McCaw stumbled upon the technique for his series Sunburn after forgetting to close the shutter during an all night exposure. The light of the morning sun destroyed his efforts from the night before, reversing the tonality of the work in a way that has inspired McCaw to continue to experiment with injuring the surface of the photograph.

“The subject of the photograph (the sun) has transcended the idea that a photograph is simple a representation of reality, and has physically come through the lens and put it’s hand onto the final piece,” said McCaw in an explanation of the series. “This is a process of creation and destruction, all happening within the the camera.”

The resulting image from McCaw’s technique shows the landscapes he photographs with a burnt hole or streak where the sun appeared overhead. Often McCaw will combine several works to showcase the sun’s movement—charred dots or a thick line marking its arched path.

Currently McCaw’s Sunburn series is included in his solo exhibition Times and Tides at San Francisco-based Haines Gallery. You can view more images from his Sunburn series on his website. (via Juxtapoz) 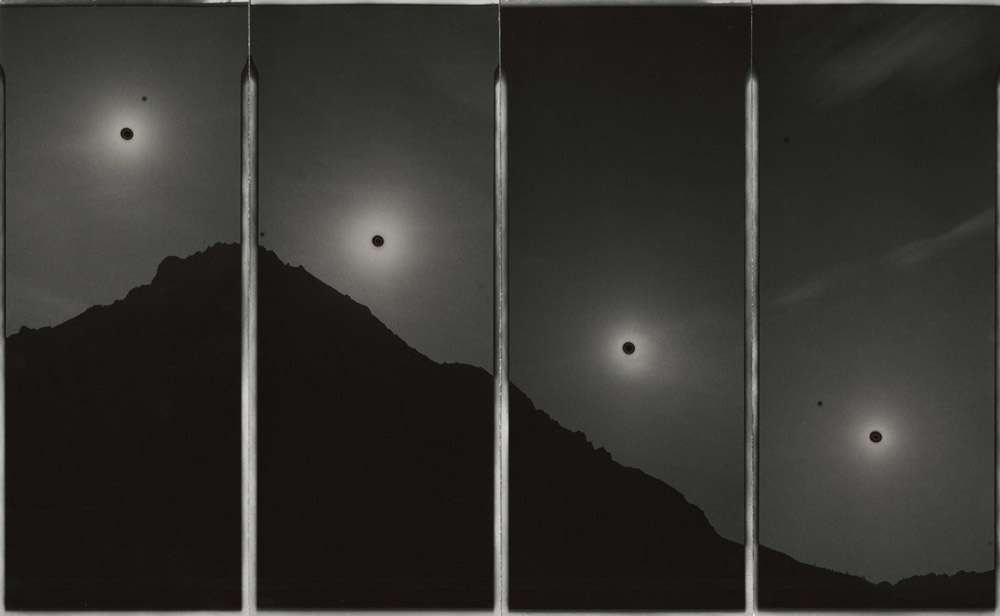 Two weeks ago in the middle of the night, Italian photographer Lorenzo Montezemolo climbed Mt. Tamalpais in Marin County, California and waited for what he knew would be the perfect conditions for a spectacular long-exposure photograph. As the fog slowly rolled by he opened his shutter for three minutes, long enough for the full moon above to illuminate the surreal landscape you see here. The resulting image is nothing short of phenomenal.

“I chose to use a long exposure in order to give the incoming fog a smooth, striated appearance as it slithered over the ridge below,” Montezemolo shares with Colossal. “For the past year I’ve been crossing the Golden Gate Bridge several times a week to photograph the beautiful landscapes, seascapes and fog of Marin County, just north of San Francisco.”

Each year when summer comes along, we all look forward to different things. Some of us head to the beach, others to the mountains for camping. Some look forward to the epicurean delights like watermelon and ice cones. But for a select group of photographers in Japan, Summer signals the arrival of fireflies. And for very short periods – typically May and June, from around 7 to 9pm – these photographers set off to secret locations all around Japan, hoping to capture the magical insects that light up the night.

One thing that makes these photographs so magical is that they capture views that the naked eye is simply incapable of seeing. The photographs are typically composites, meaning that they combine anywhere from 10 to 200 of the exact same frame. That’s why it can look like swarms of thousands of fireflies have invaded the forest, when in reality it’s much less. But that’s not to discount these photographs, which require insider knowledge, equipment, skill and patience.

Fireflies live for only about 10 days and they’re extremely sensitive. They react negatively to any form of light and pollution, making finding them half the battle. Here, we present to you some a selection of our favorites from the 2016 summer season. (Syndicated from Spoon & Tamago)