A new concept for 3D printed structures designed by engineers at MIT can be remotely controlled with magnets. The innovative gadgets include a smooth ring that wrinkles up, a long tube that squeezes shut, and a sheet that folds itself. The most impressive structure is a spider-like “grabber” that can crawl, roll, jump, and snap together fast enough to catch a passing ball or wrap up and carry small objects. Each piece is created using 3D printable ink infused with tiny magnetic particles that are directed into a uniform orientation via printer nozzle retrofitted with a electromagnet.

Researches believe these magnetic concepts could one day find applications in the realm of medicine similar to implanted stents or pacemakers. “We think in biomedicine this technique will find promising applications,” explains Xuanhe Zhao, the Noyce Career Development Professor in MIT’s Department of Mechanical Engineering and Department of Civil and Environmental Engineering. “For example, we could put a structure around a blood vessel to control the pumping of blood, or use a magnet to guide a device through the GI tract to take images, extract tissue samples, clear a blockage, or deliver certain drugs to a specific location. You can design, simulate, and then just print to achieve various functions.” (via digg)

In this mesmerizing new short film, German filmmaker Roman De Giuli worked with magnets, iron filings, reflective pigment, and glitter to create this pulsing visual montage of magnetic special effects titled Matereality. It’s amazing to think this was all done with practical effects and not CGI. Music by Son-J. (via The Awesomer) 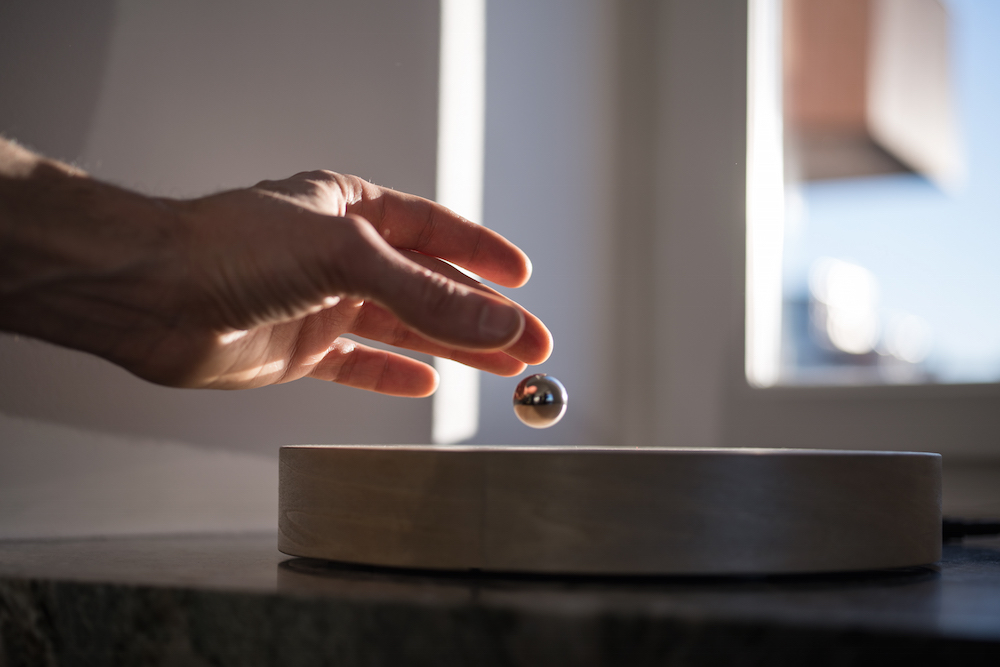 Tell time or count down the moments until your next big life event with STORY, a new magnetized piece from Flyte (previously). The company’s latest design is an improvement to the wall clock, a work that uses powerful magnetism to move a hovering metal ball around STORY’s edge.

The designed object was built with three modes. With the Journey setting, you can set your mechanism to a specific date, watching the magnetic ball travel along the circular piece of wood until the ball reaches an upcoming moment such as a vacation or birth of a child. Selecting Clock allows you to use the object more like a traditional timepiece, and finally Timer acts as a short term countdown for kitchen prep or time out.

STORY also features a shining digital display to add detail to your chosen setting, and is backlit to be seen in the dark. When synced with Flyte’s mobile app, you can also use the backlight to demonstrate realtime sunsets, sunrises, and phases of the moon.

STORY was just launched on Kickstarter. You can see more of Flyte’s levitating designs, including a set of floating planters, on their website. 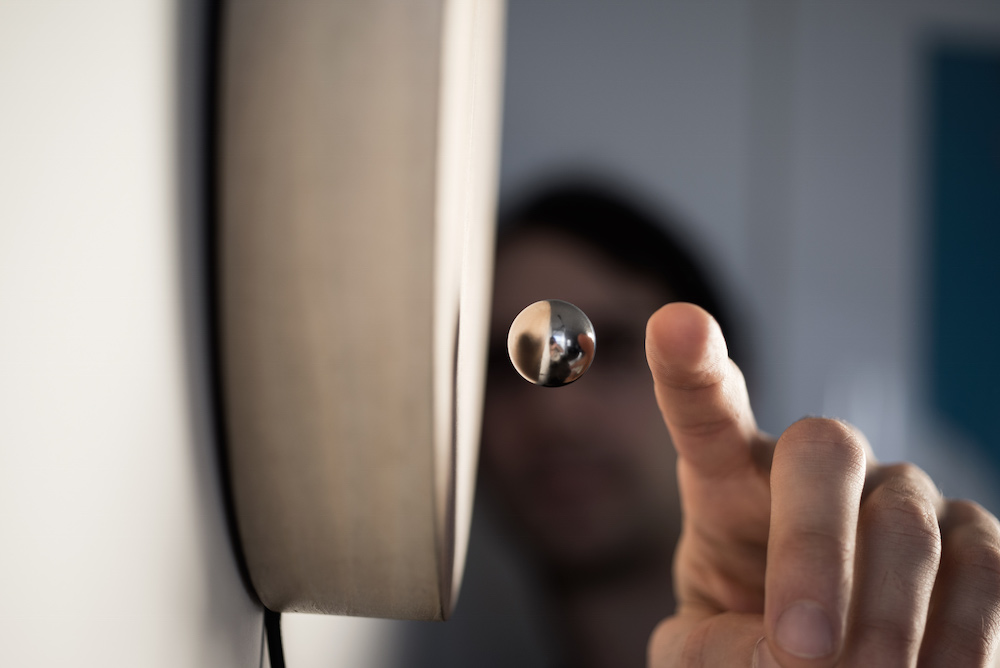