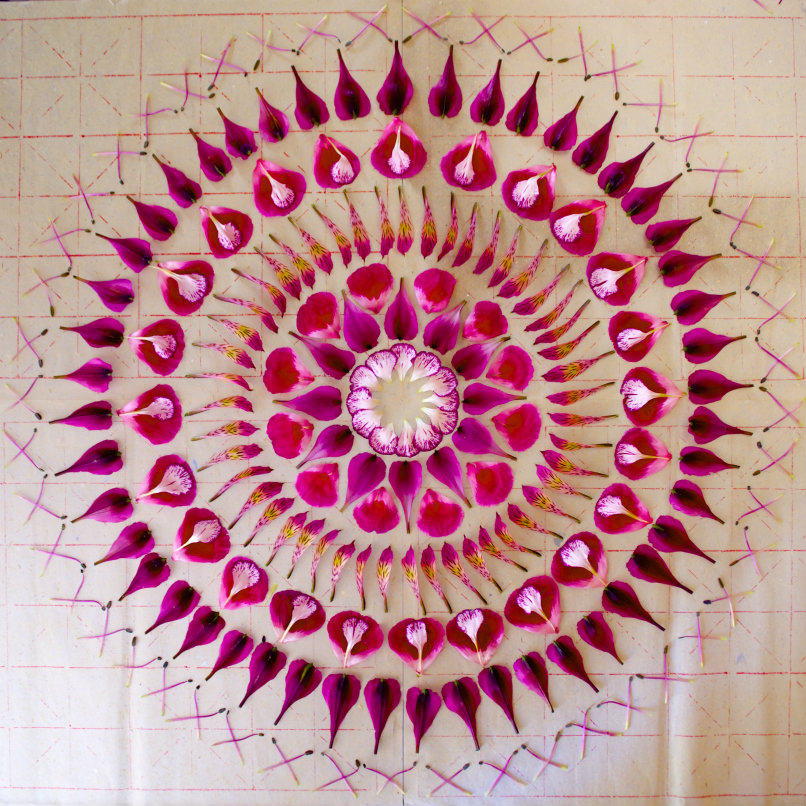 Using the flower petals of carnations, daisies, mums and other wildflowers Arizona-based artist Kathy Klein (previously) creates temporary mandalas in outdoor locations near her home. She calls the pieces danmalas (‘the giver of garlands’ in Sanskrit), and each piece is photographed and then left to be discovered by others. If you’re desperate for any hint of spring in your space, Klein now offers prints and has a 2014 calendar of her best works. 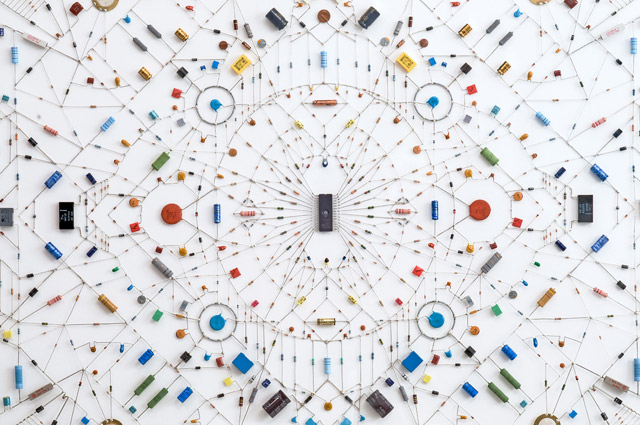