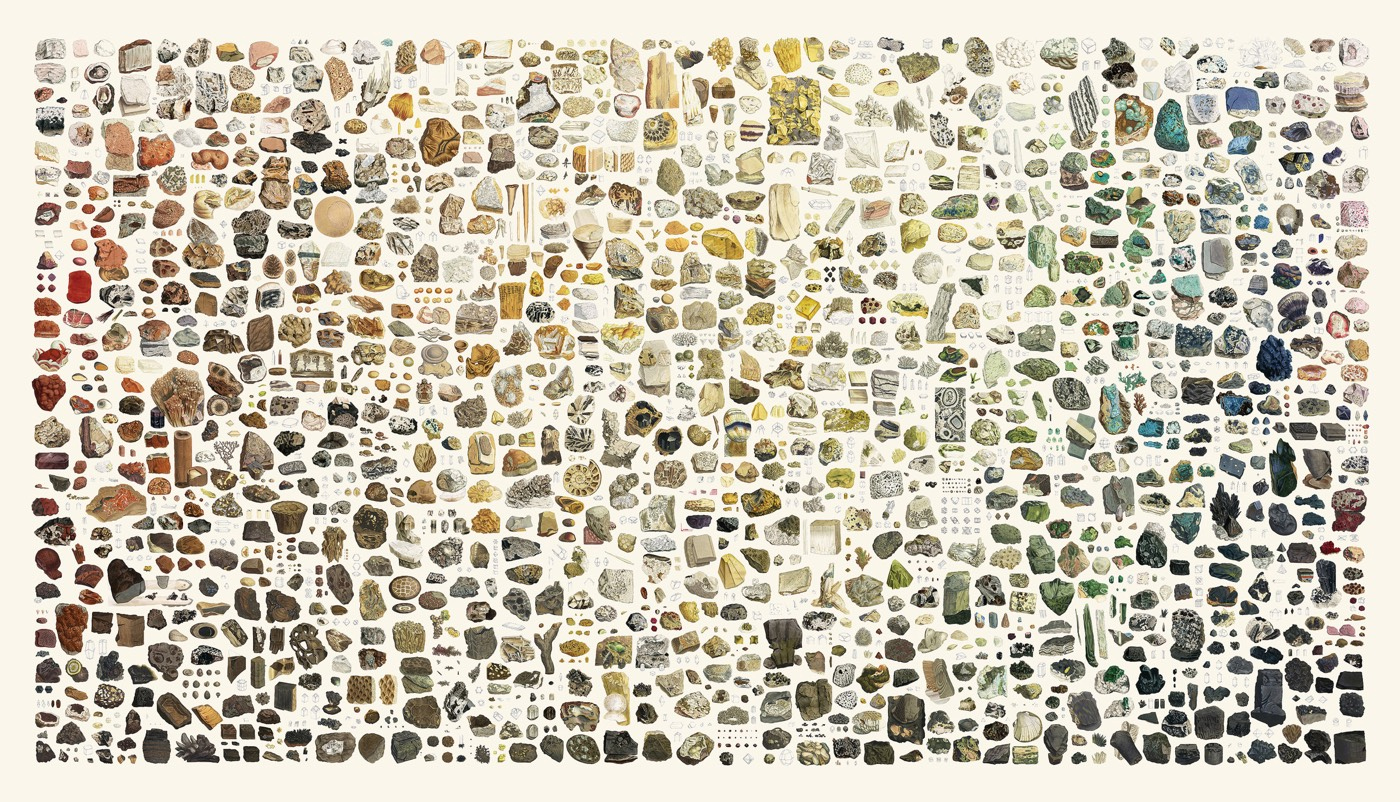 Throughout the early 19th century, naturalist, illustrator, and mineralogist James Sowerby published 718 color renderings of minerals, which he accompanied with their characteristics, classifications, and other names. A Chicago-based designer recently reproduced those centuries-old illustrations in an expansive interactive arrangement. Nicholas Rougeux (previously) color-coded Sowerby’s depictions—a tedious process that required the designer to restore each mineral to its original hue and took four months to complete—from two compendia, British Mineralogy and Exotic Mineralogy, which were published between 1802 and 1817. The result is a magnifiable exhibit that captures the incredible diversity and detail of Sowerby’s geological studies.

Check out the eye-catching display on Rougeux’s site, and for those who want a physical copy categorizing the diverse materials, the designer is selling posters, too. Keep up with his contemporary approaches to historical scholarship on Twitter, Behance, and Instagram. (via Kottke) 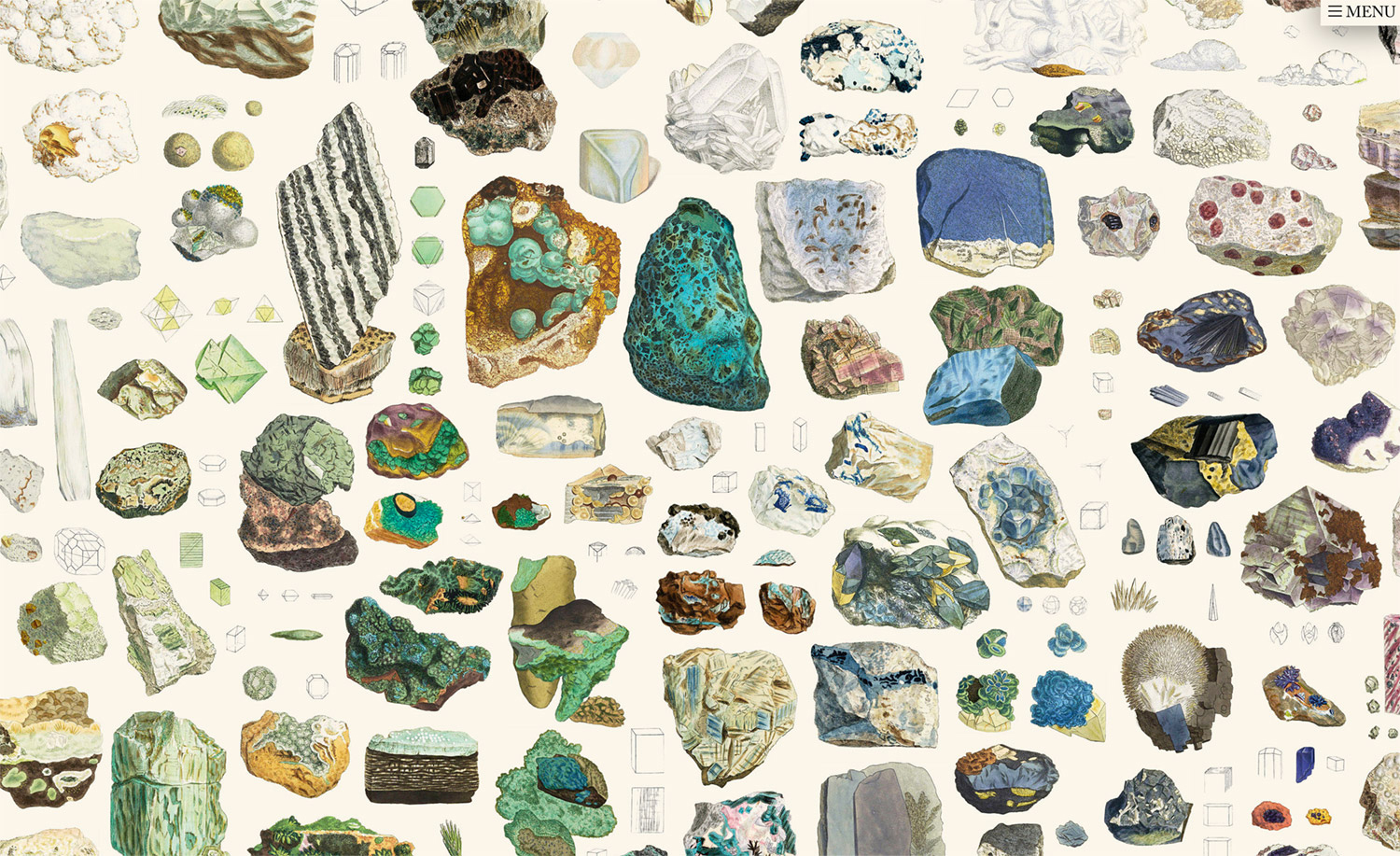 In an enchanting new video titled “Waiting to Be Found,” Dan Hoopert dives into the details within Earth’s minerals. The United Kingdom-based designer highlights the sprawling crystallization process as it expands within each deposit and alters its colors. One piece even grows a sparkling mass off its left side.

Hoopert’s project is based on a 2019 article in Earth, which states that the International Mineralogical Association recognizes more than 5,000 distinct minerals, including well-known silicates and carbonates that are frequently found in masses around the world. “Most are documented based on just a few known occurrences. It’s unlikely that scientists will stumble across many new finds of singularly abundant minerals on Earth, but numerous rare minerals are probably yet to be discovered,” the article says. In the last decade, about 1,000 new species were added to the association’s growing list.

The designer brought the project to life using 3D special effects software Houdini and Redshift. For more of his imaginary explorations of natural processes, follow him on Instagram and Behance.