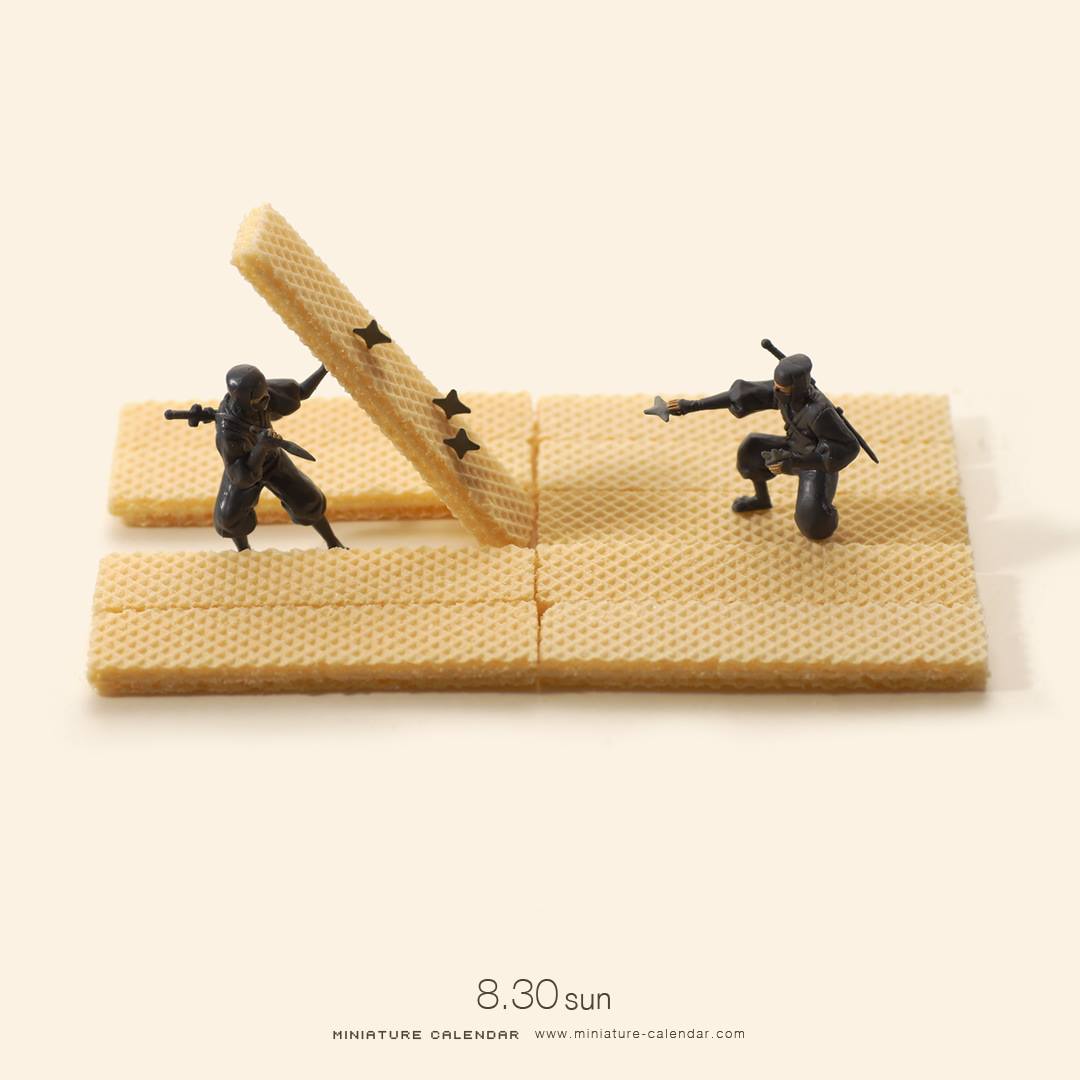 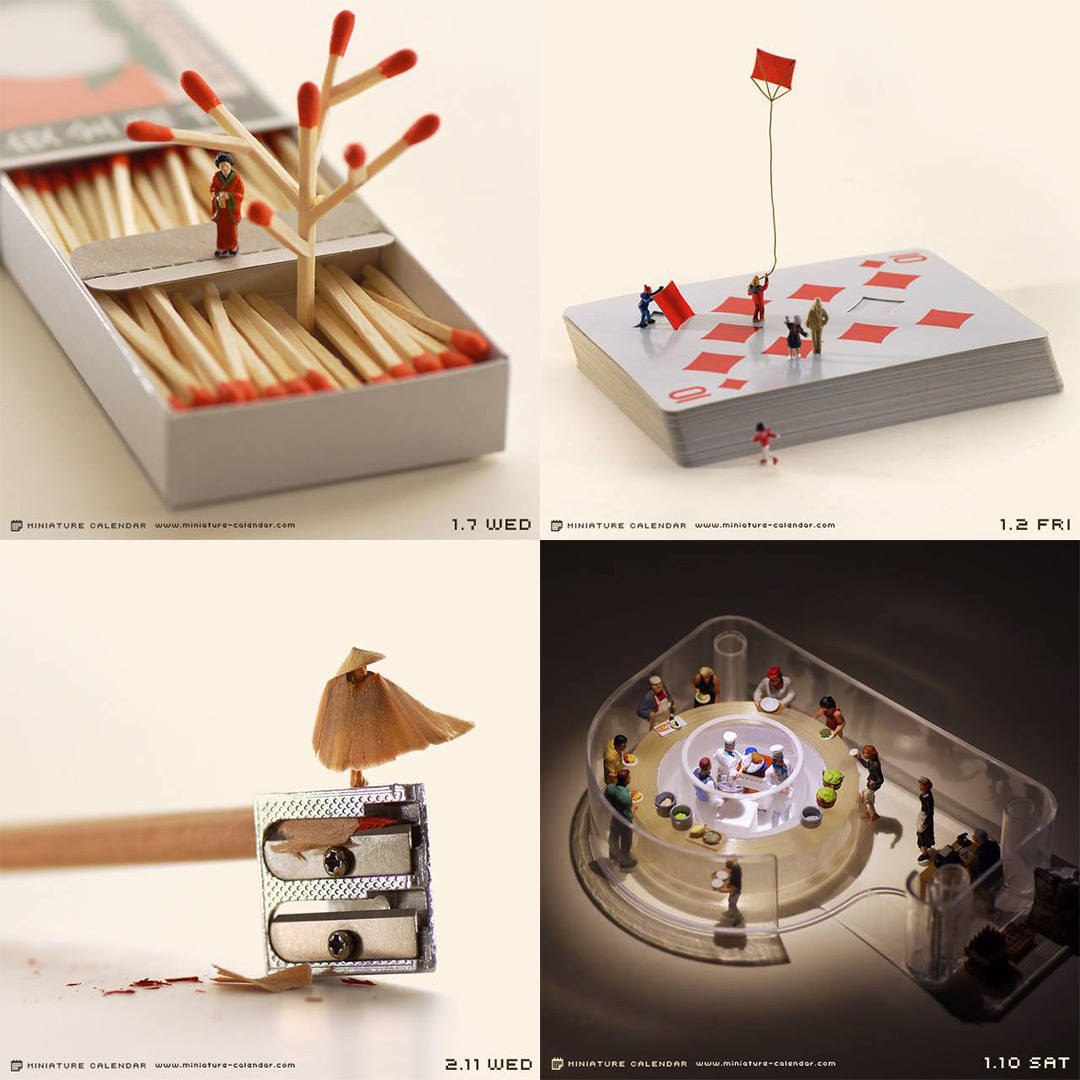 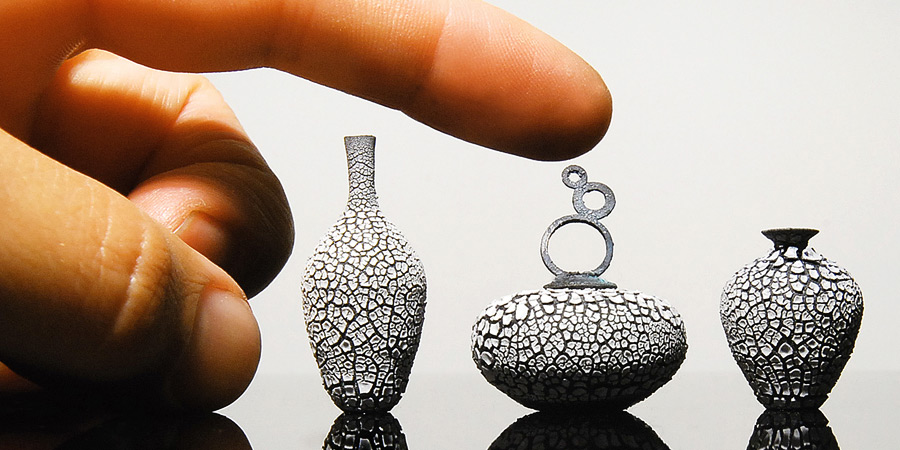 Master of the miniature Jon Almeda creates tiny hand thrown ceramics at 1″ scale that are every bit as detailed and perfect as their much larger counterparts. The Washington-based artist makes vases, bowls, and even tea kettles tiny enough to sit atop a coin or toothbrush. Despite their fragile beginnings, the pieces are sturdy enough to endure standard glazing and firing to emerge as fully finished ceramics. Almeda uses a custom designed motorized curio wheel that affords the precise control needed to execute minute handbuilding techniques need for each object.

To see more, you can follow him on Instagram or maybe even take a class through the International Guild of Miniature Artisans of which he is a member. (via Artfido) Over the last few months we’ve marveled at the precision of South African artist Lorraine Loots' tiny paintings (previously here and here). In this new process video shot by Gareth Pon, we finally get to see how she blends pencil and paint to execute the most minute details of a wee hotdog no larger than a coin. Loots is exhibiting no less than 730 of her ‘Paintings for Ants’ at Three Kings Studio in New York starting July 8, 2015. Scientists at MIT have pulled up a very tiny curtain on their newest invention: a 1.7cm square robot capable of assembling itself like a piece of origami. The Untethered Miniature Origami Robot is powered by a small neodymium magnet and four electromagnetic coils underneath the robot’s surface that create magnet fields necessary for it to operate. The small robot can walk on different surfaces, climb, carry objects twice its own weight, swim in shallow water, burrow, and it even completely dissolves in an acetone solution leaving behind just the magnet.

So what can we do with super tiny self-folding robots? Researchers hope to develop even smaller autonomous robots with additional sensors that can dissolve in water. Such tiny devices could have a variety of medical uses when introduced inside of a human body, maybe zapping cancer cells or cleaning clogged arteries. You can read more about it over at IEEE and in this research paper. (via Laughing Squid) Glass artist Kiva Ford draws from his vast experience in scientific glassblowing to create perfect miniatures of wine glasses, beakers, and ribbon-striped vases, some scarcely an inch tall. A member of the American Scientific Glassblowers Society, Kiva creates instruments for scientists who require one-of-a-kind designs for various experiments. The same techniques and tools used for scientific equipment also apply to his artistic practice including the miniature works you see here, as well as larger sculptures and ornate drink ware.

This week Kiva will host several demonstrations of both artistic and scientific glassblowing at the Corning Museum of Glass in New York as part of GlassFest. You can also purchase many of his miniatures on Etsy, or follow on Instagram. As a continuation of her impossibly miniature painting project, South African artist Lorraine Loots (previously) has embarked on her latest endeavor for 2015: Potluck 100. The new series involves 100 new artworks painted in four categories: Microcosm Mondays, Tiny Tuesdays (vintage book covers), Fursdays, and Free Fridays (images of anything). All 100 paintings will be auctioned on her Instagram account and a limited edition of 10 prints for each work are being made available on her site. Loots also has an upcoming exhibition in New York at Three Kings Studio in July.