Iranian artist Shirin Abedinirad explores issues of gender, sexuality and human compassion through her site-specific installations, performances, and conceptual fashion designs. Seen here are two recent public works, Evocation (Iran, 2013) and Heaven on Earth (Italy, 2014) that utilize mirrors in both an urban and rural desert setting to reflect the sky above, perhaps mimicking the color or form of water. Abedinirad studied under Iranian director Abbas Kiarostami and now splits her time between Tehran and Florence. You can see more of her work on her website and on Tumblr. (via Cross Connect) Created by Japanese design brand D-Bros (previously) these carefully hand-crafted coffee/tea mugs made from Hasami porcelain are painted with a thin layer of reflective palladium that allows each cup to mirror the saucer it rests on. D-Bros created many different geometric designs, some of which are available over at Spoon & Tamago. 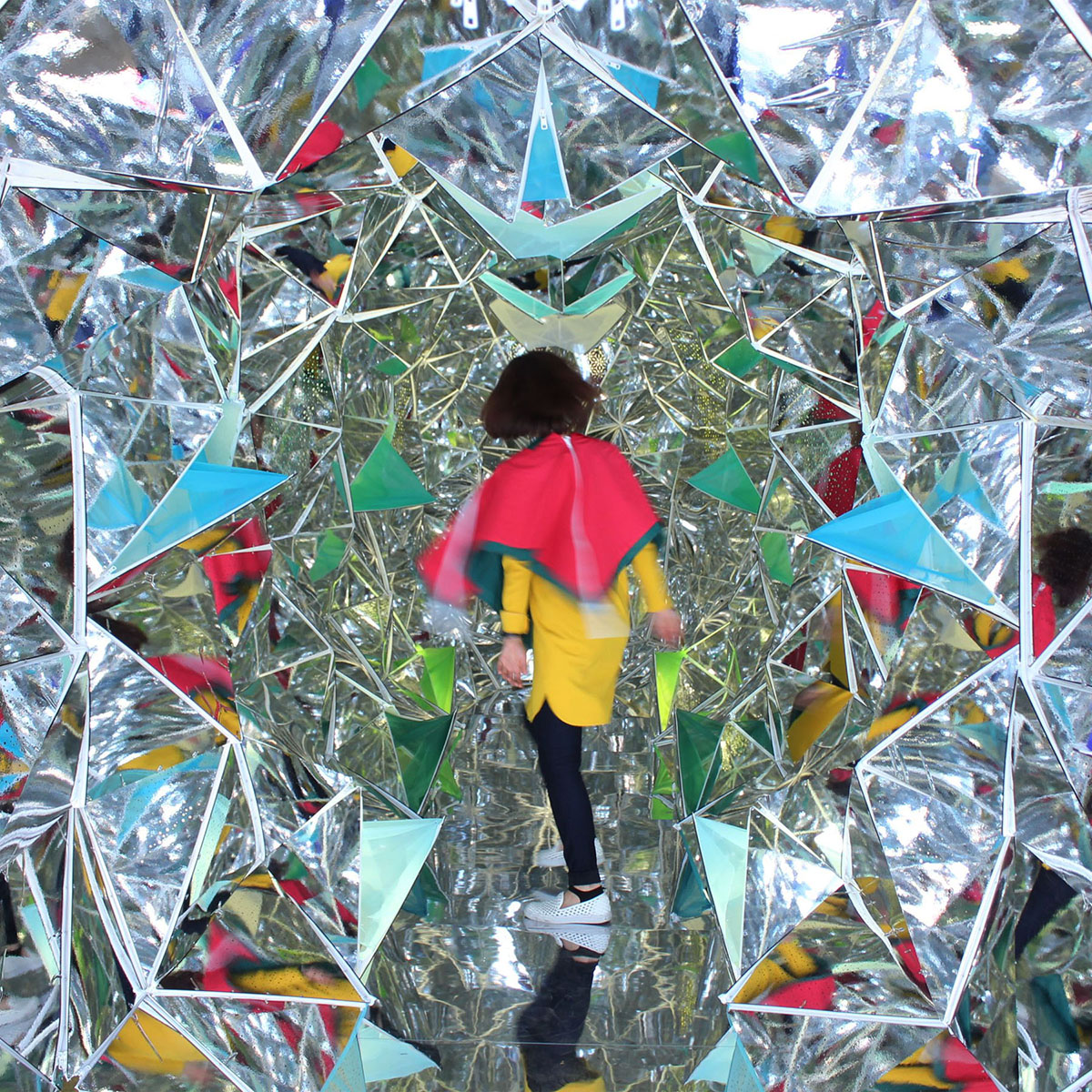 For the 2013 KOBE Biennale, artists and designers were invited to create environments inside industrial shipping containers as part of the “Art in a Container International Competition.” Designers Masakazu Shirane and Saya Miyazaki created Wink Space, a modular installation made from mirrors that formed a giant kaleidoscopic tunnel. Not only was the piece a fun immersive environment, but it was also an experiment in building with zippers. “We wanted to create the world’s first zipper architecture. In other words, this polyhedron is completely connected by zippers. And in order to facilitate even more radical change some of the surfaces open and close like windows,” says Shirane.

Wink Space was a winner of the A’Design Award. 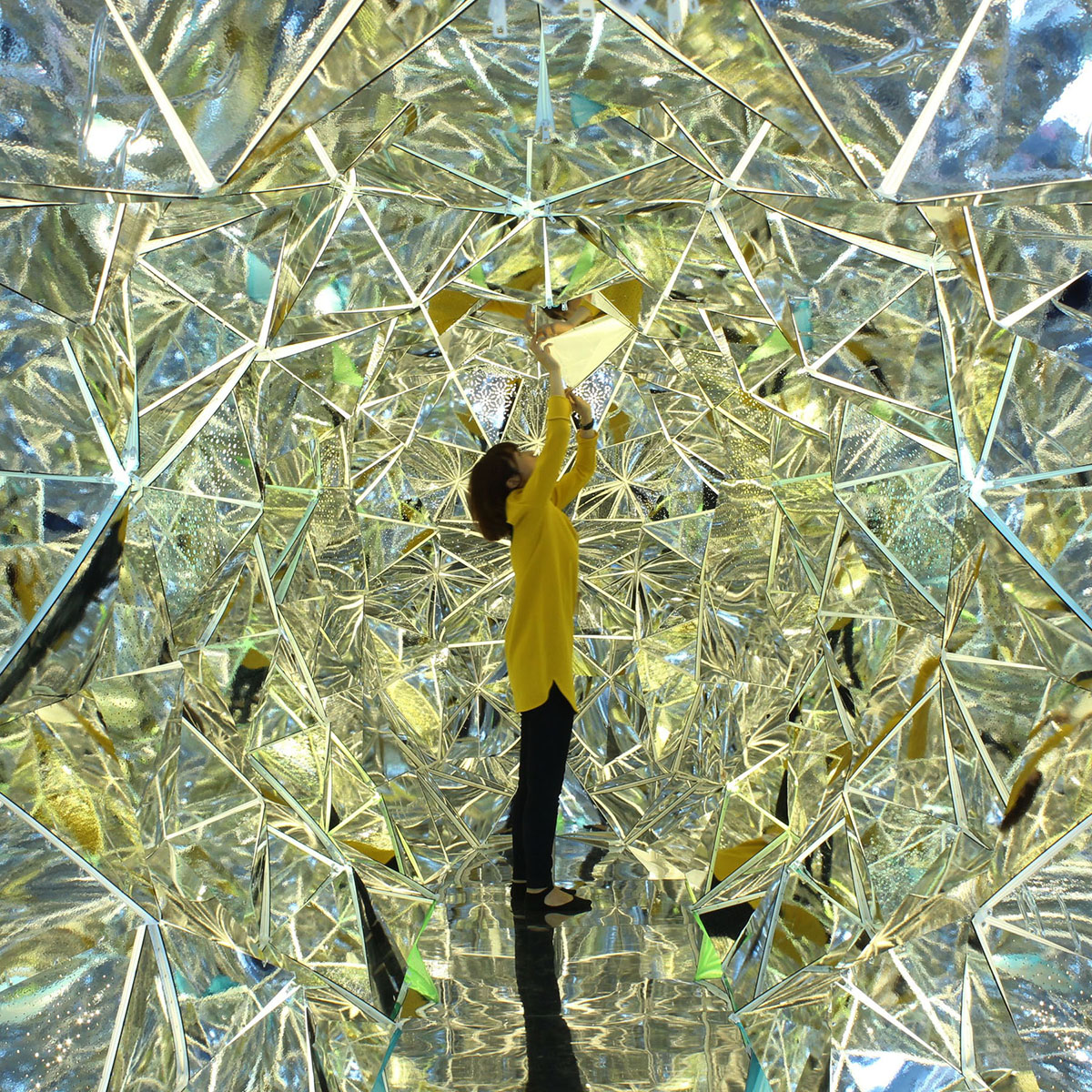 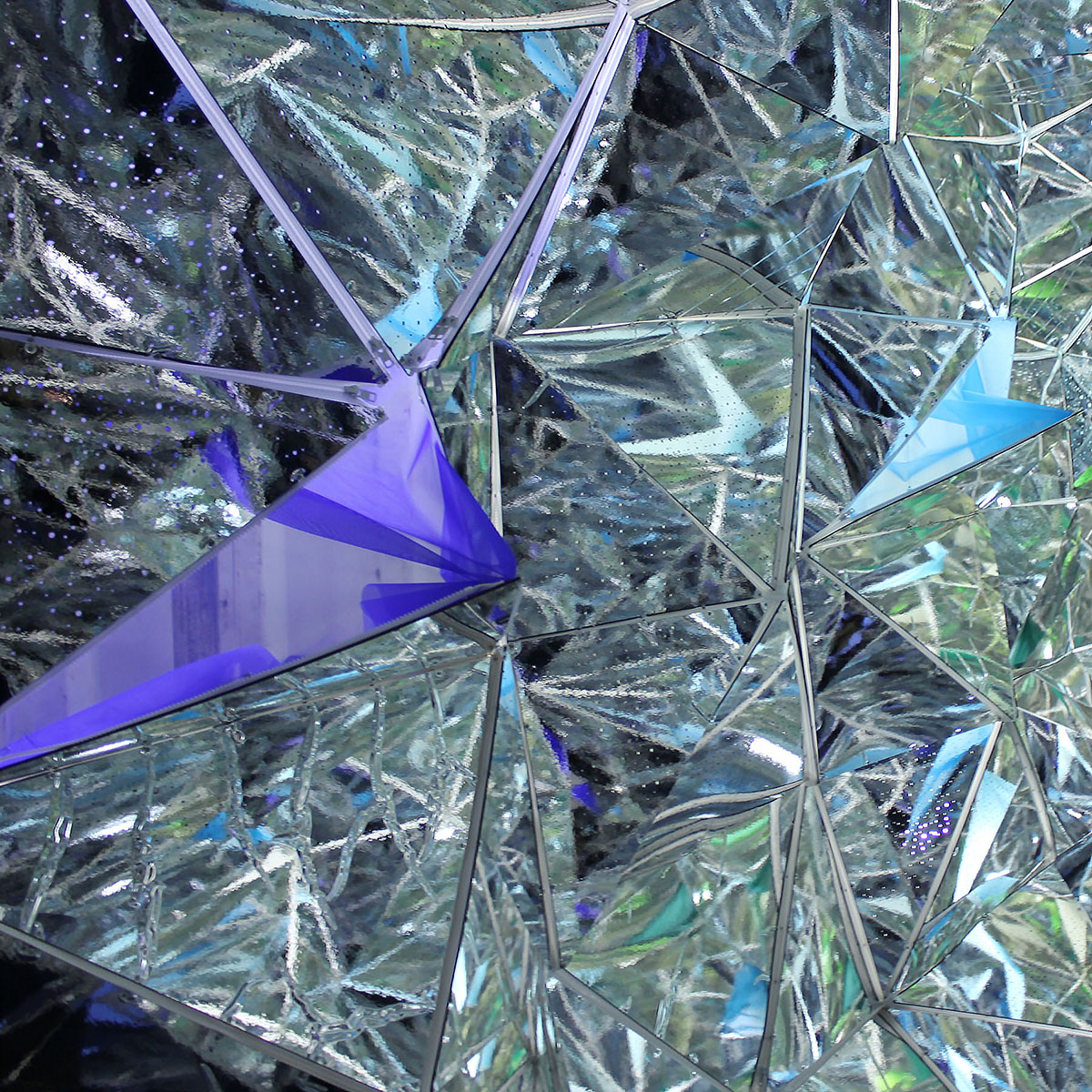