Nine rotating LED works light up the sky with full, waxing, and waning phases of the moon in a new installation by Taipei-based arts studio Whyixd. The work, #define Moon_, is installed on the campus of National Chiao Tung University in Hsinchu, Taiwan, and provides a completely different visual experience depending on the angle. Utilizing motors, the LED lights spin to create each shape, providing a kinetic element to the satellite-shaped structures.

The name of the project, “#define Moon_” is based off of the computer directive “#define.” The underscore denotes a part of uncompleted code, thus asking the viewer to create their own interpretation of how the installation, or moon itself, serves as a contemporary influence. You can see other kinetic light installations by the art collective, such as their Shanghai-based whirling light installation Dandelion, on their website, Instagram, and Youtube. (via designboom) 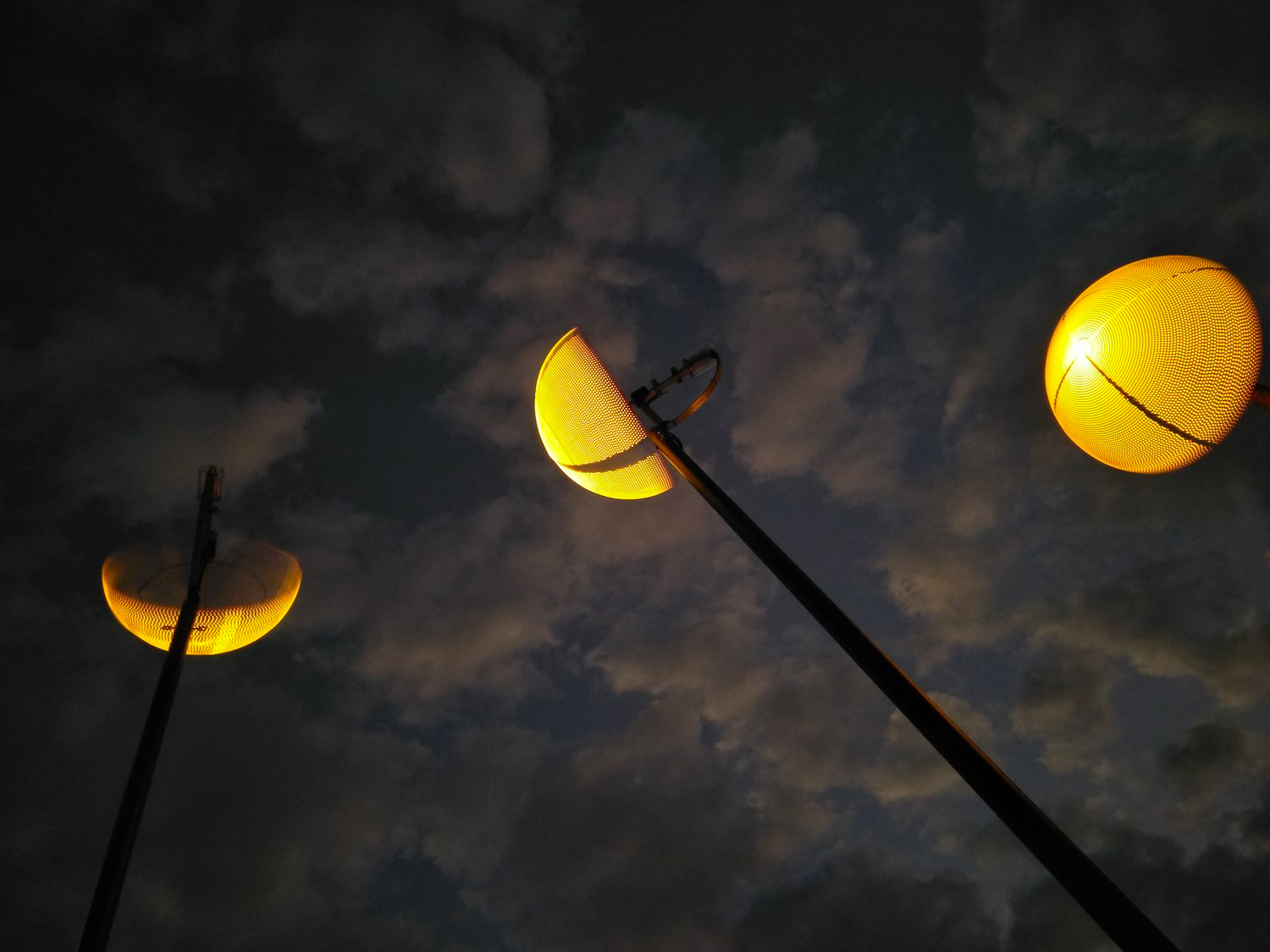 Using digital files pulled from NASA’s archives, French design studio Harow designed a table that replicates the real topology of the moon’s surface. The Apollo 11 Table features a sculpted fiberglass slab in the form of a lunar crater. Covering this thick segment is a layer of resin, which allows one to fully view its dips and crevices while providing coverage to the uneven terrain. The brass and aluminum alloy feet also pay homage to the many Apollo missions, parts that put a modern spin on the Lunar Excursion Module‘s original landing pads.

You can view more of Harow’s designs, including these Apollo landing wall works, on their website and Instagram. (via This Isn’t Happiness) 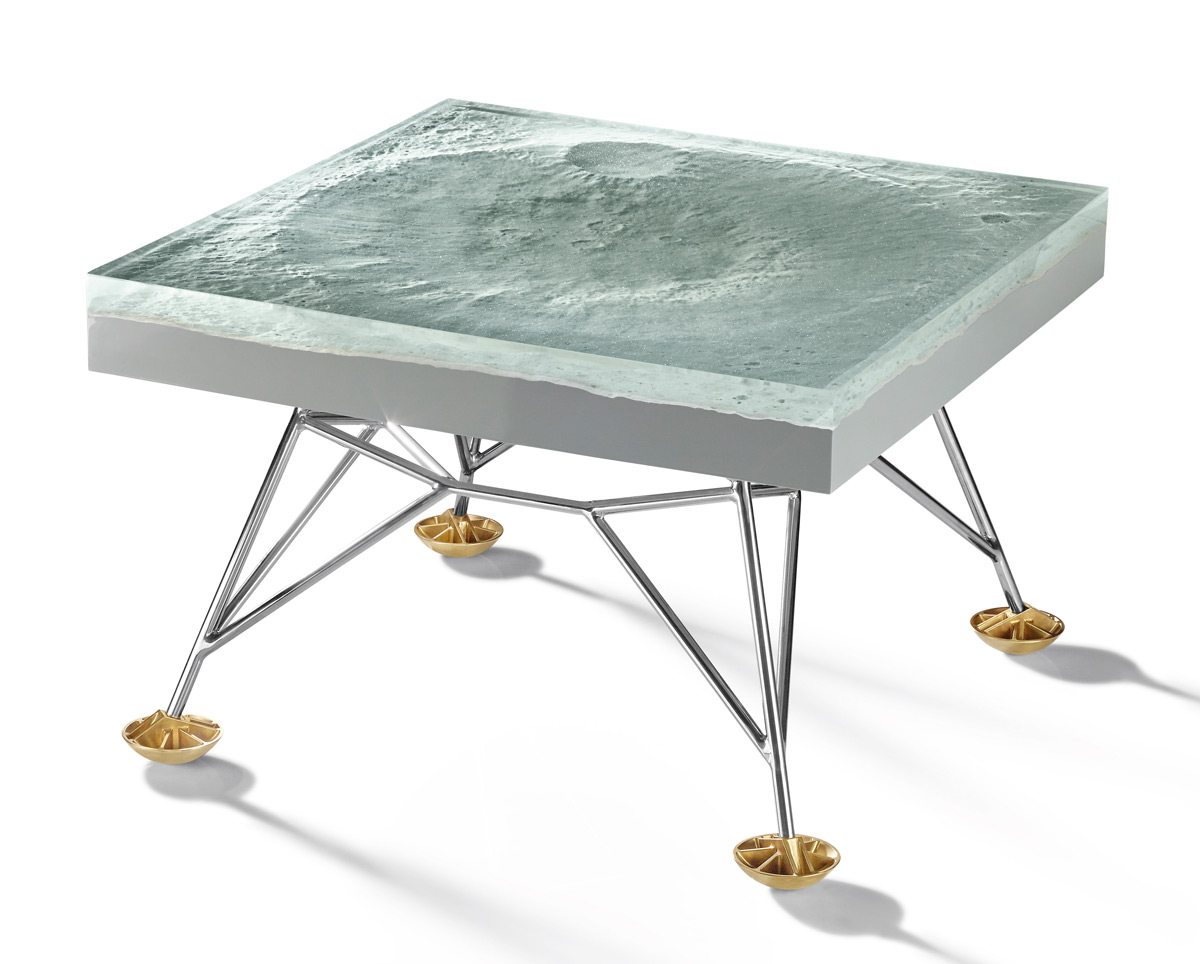 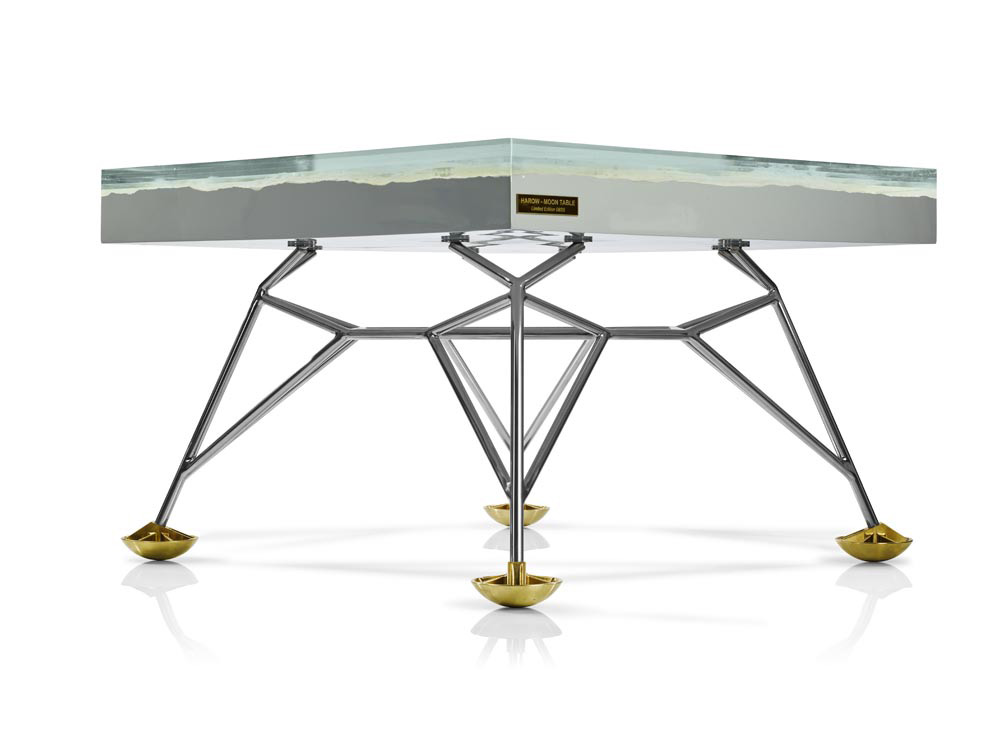