A Finnish photographer who goes by the name of Janne recently perfected a technique for shooting a “moon trail,” similar to long exposures you’ve probably seen of stars in the night sky. The photograph required over 37 minutes to shoot as the moon made its way slowly across the landscape. Michael Zhang from PetaPixel explains a bit of the technical details:

Janne was shooting with a Nikon D800 and 100-300mm lens at 300mm, f/8, and ISO 100. The trick behind the shot was a 10-stop neutral density filter, which greatly cut down the amount of light hitting the sensor and allowed Janne to shoot a 2258-second exposure.

You can see the moon trail a bit larger here, and see more of Janne’s photos from around Finland on Flickr. (via PetaPixel) 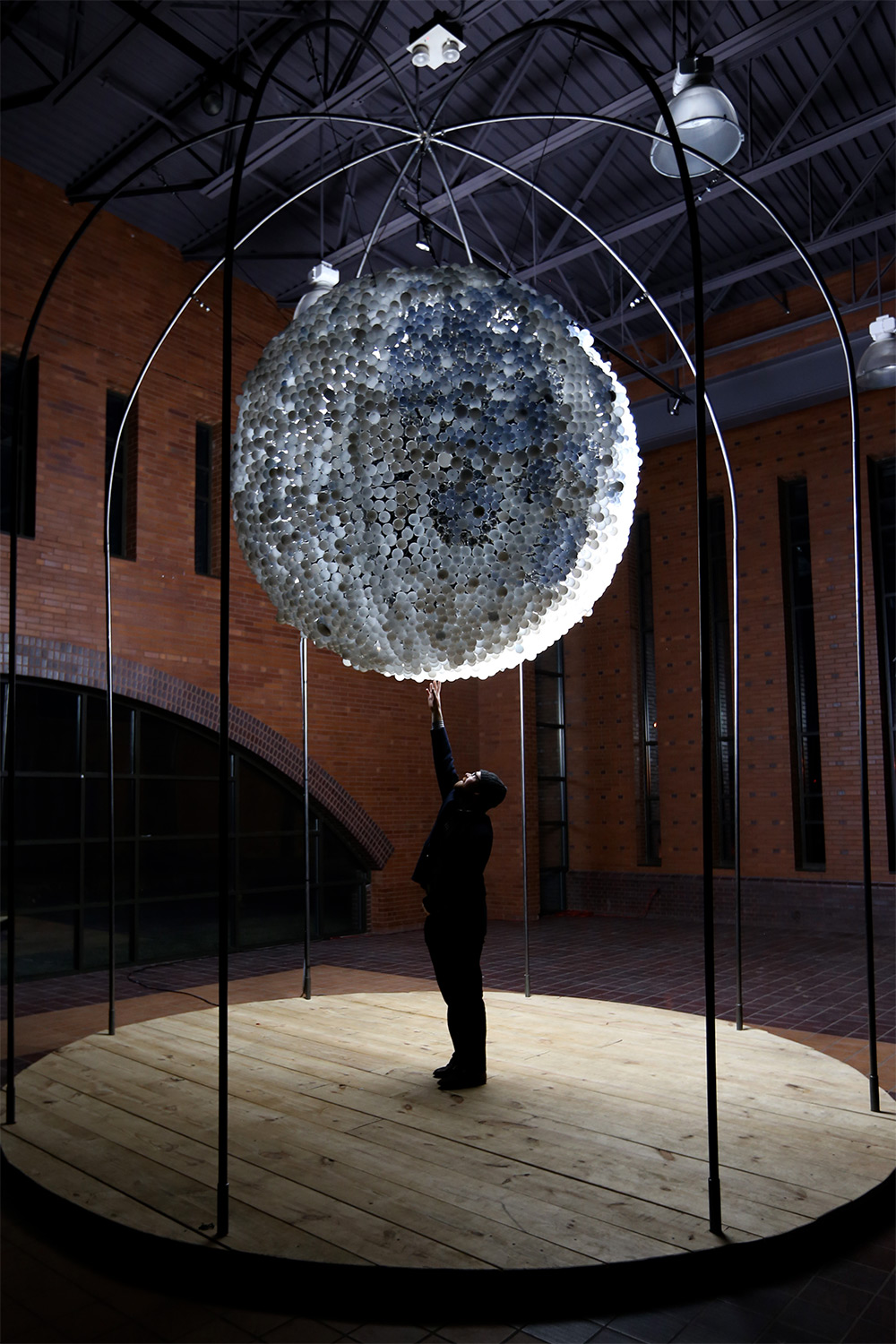 New Moon is an interactive shadow and light sculpture from artists Caitlind r.c. Brown and Wayne Garrett (previously) that was installed twice in Lexington, Kentucky back in February of last year. Built from 5,500 burnt out incandescent bulbs donated by the community, the sculpture allows viewers to manipulate phases of the moon using a large turnstyle. The piece is the fourth in a series of installations using re-appropriated light bulbs, more of which you can explore on their website. In his ongoing series of photos titled Moon Games, French photographer Laurent Lavender has subjects play with a rising moon, effectively tansforming it into a balloon, a painting, and even a scoop of ice cream. The dreamlike photos have been turned into a calendar and a (French-only) book of poetry as well as a few other objects. You can see more of his work over on Facebook. (via IFLScience)