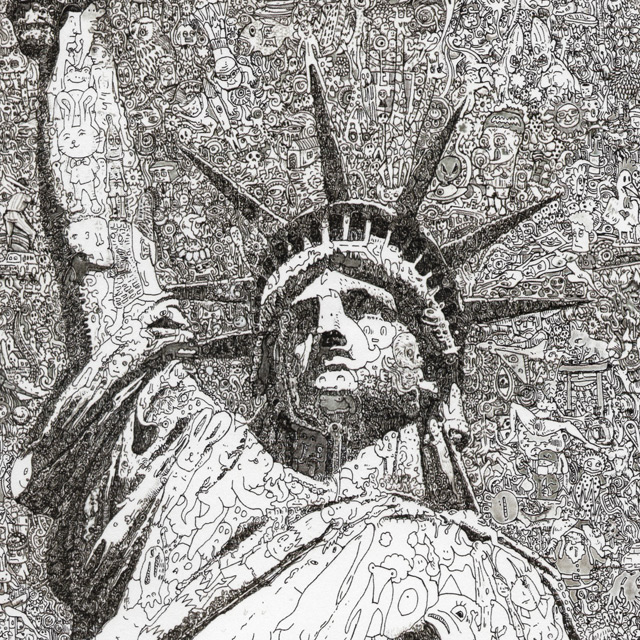 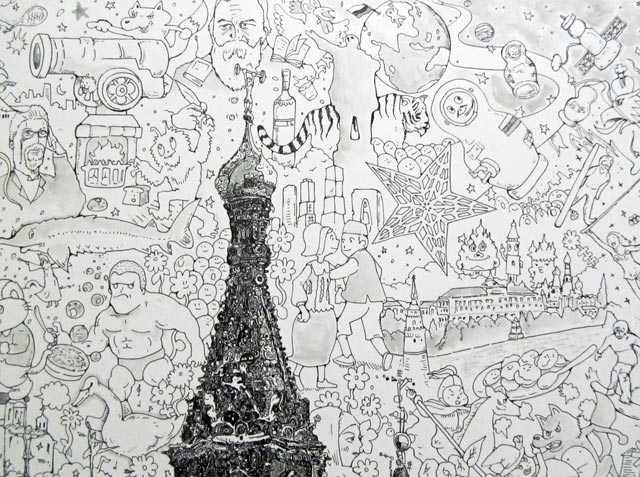 Japanese artist Sagaki Keita (perviously here and here) recently updated his portfolio with a number of new works from 2012. Keita creates composite pen and ink illustrations using thousands of densely scribbled doodles, goofy characters seemingly born from the margins of notebook paper that then form everything from Roman statues to artworks from pop culture. Several of these illustrations are actually part of a commissioned campaign for Expedia from late last year. You can see much more on his website. Japanese paper engineer Kota Hiratsuka has been creating beautifully complex origami mosaics that rely on cut and folded geometric patterns. He plans to sell the various templates as downloadable PDFs through his website …though not just yet, so stay tuned. See many more of his works here and on Flickr. If you liked this also check out the work of Matthew Shlian. 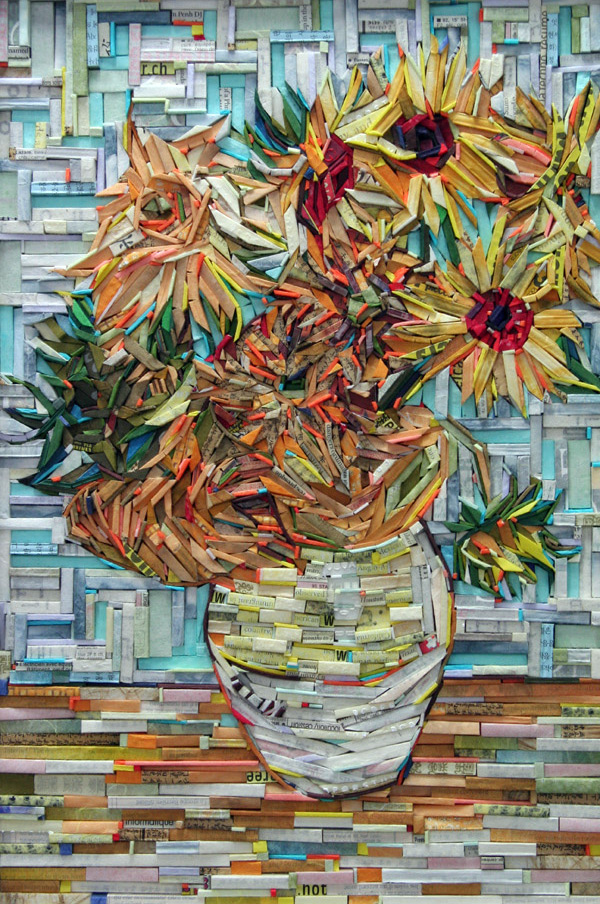 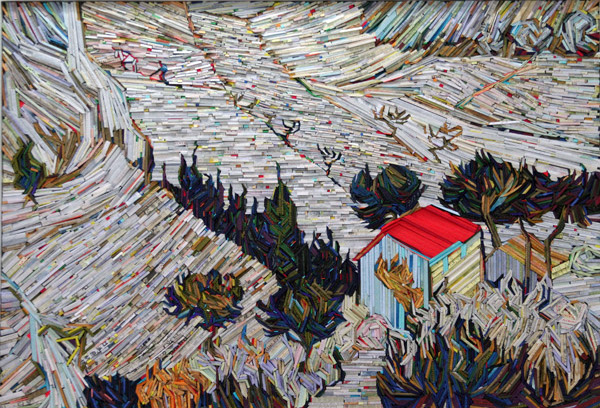 Korean artist Lee Kyu-Hak creates beautiful mixed-media paintings (mosaics?) by wrapping small wooden wedges with colored newsprint that mimic the brushstrokes of famous artists. Lee’s artworks appear mostly to be reinterpretations of pieces by Vincent van Gogh, but I think I see a few original compositions as well. See much more over at Yesong gallery.

Berlin-based artist Matthew Davis creates these surreal images by using his brush to slowly drip oil paints into small pools. After each color dries over a period of several days a new layer is added resulting in a dense, multi-dimensional surface. The understanding and control of color that goes into this is beyond me. You can see more of his paintings and read an article about Davis in the German magazine Art (nsfw). (via this isn’t happiness)

Inside the Sketchbooks of Mattias Adolfsson

The inside of Mattias Adolfsson’s sketchbook looks much better than the inside of mine. These are just a few of some fantastic spreads found in his series Flying Junk and Rococo Borg. Be sure to click the images for maximum HD sketch goodness. (via behance)

Sagaki Keita (previously) has updated his website with no less than a dozen new works completed this year alone. Keita continues his method of using manically scribbled doodles to create mind-melting illustrations of classic Roman statues. That he could create a single one of these in a year would impress me, but twelve seems simply inhuman. The earlier post of Keita’s work was one of the most popular in this blog’s history, and I’m so glad to be able to share his work with you again.