An adventurous team of nine mountain climbers sponsored by mountaineering outfitter Mammut snapped this aerial photo of the group atop the Jungfrau, one of the main summits of the Bernese Alps in Switzerland. The photo is one in a long history of audacious and whimsical shoots by Mammut over the last few years. Here’s a video of the shot coming together. (via The Verge) When looking at Swiss painter Conrad Jon Godly’s mountainous paintings, it takes a moment to truly appreciate the incredible skill behind what seems to be such an effortless application of paint. Up close the landscapes appear to be a thick, almost random mix of blue, white and black, the result oils mixed with turpentine to create a thick impasto that Godly often leaves dripping from the canvas. Take a few steps back (or just squint your eyes a bit) and miraculously you might as well be looking at a photograph of the Swiss Alps. It’s a visual trick that the artist has perfected in both small and large-scale paintings over the last few years.

Godly studied as a painter at the Basel School of Art from 1982 until 1986, but then worked as a professional photographer for 18 years. He only returned to painting in 2007 and it would seem his photographic work has had a subtle influence on his abstract painting. The artist most recently had exhibitions at Gallery Luciano Fasciati and Tony Wuethrich Gallery in Switzerland, and you can see many more paintings on his website. (via OEN, A Wash of Black) 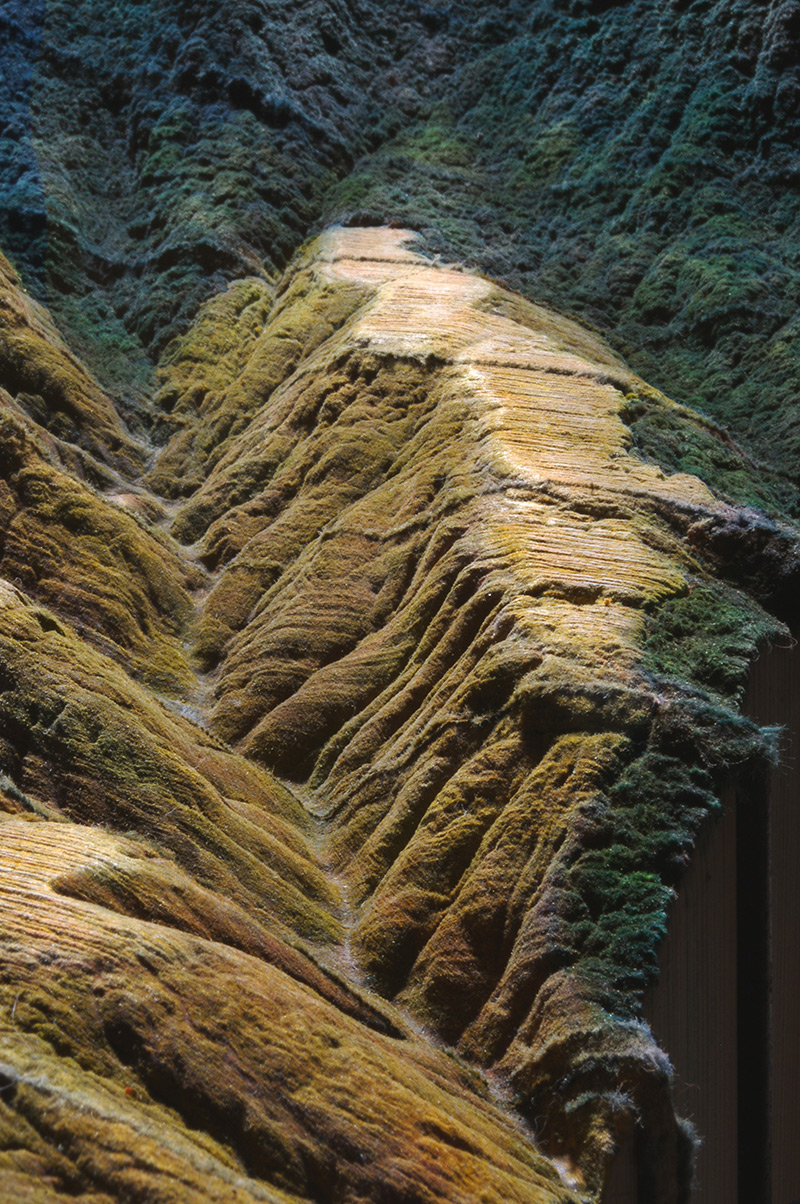 In one of his most ambitious book sculptures to date artist Guy Laramée (previously here and here) created an homage to the printed Encyclopedia Britannica by transforming a 24-volume set into a sloping mountainous landscape. Titled Adieu, Laramée says the work was inspired in part by Encyclopedia Britannica’s announcement that after 244 years the would cease printing its iconic multi-volume book sets. The artist relied on his travels in Ecuador, Peru and Brazil to arrive at the final form carved into the book tops that gradually morphs from green mountains to grasslands and semi-desert prairies. Watch the video above by Sébastien Ventura to see the piece in detail, and you can also see more of Laramée’s recent work over at JHB Gallery. 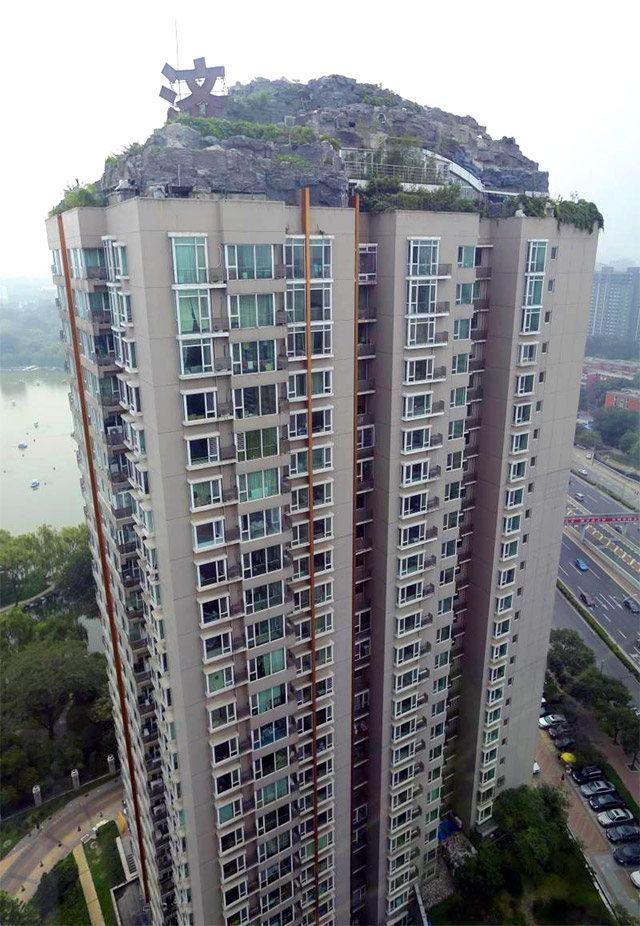 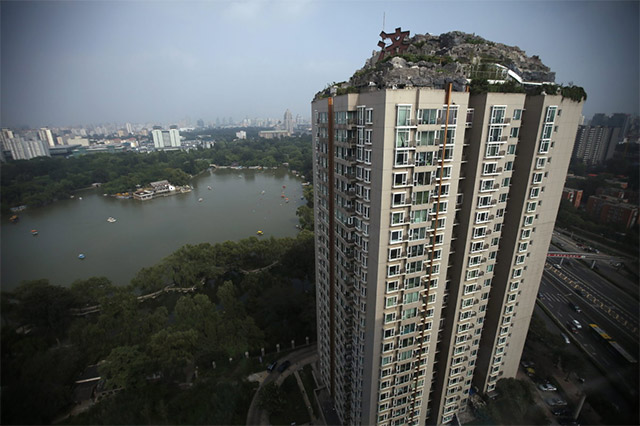 While most property and homeowners might be lucky to erect a small fence, add a new wall, or plant a few trees without applying for a permit or checking local zoning laws, things in Bejing are apparently quite different. For the last six years an eccentric doctor built a sprawling mountain villa on the roof above his top-floor flat in this 26-story residential building, all without asking permission of residents or local authorities. The enormous addition covers the entire 1000-square-metre roof and was built using artificial rocks but with real trees and grass.

It only took six years of complaints from neighbors who suffered from the noise and vibrations of heavy construction machinery, water leaks, and other disturbances to finally get the attention of authorities who recently gave the man 15 days to remove the mountain or else it will face forcible removal. Read more over on the South China Morning Post. (via dezeen)