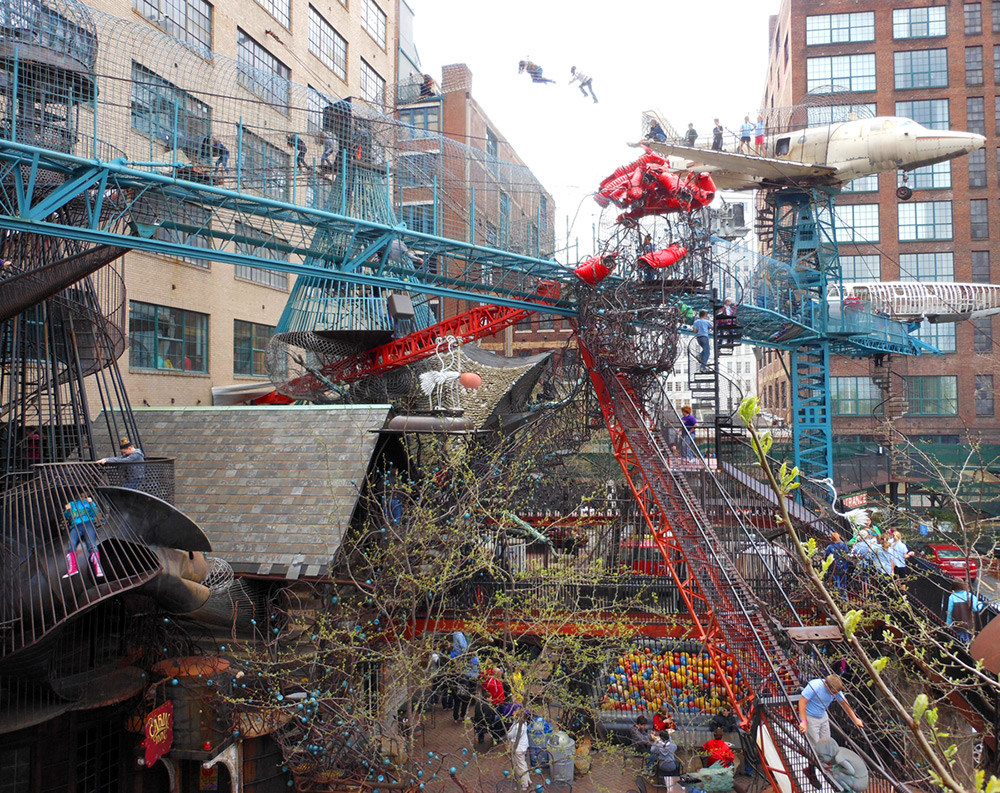 Housed in the former home of the 10-story International Shoe Company, the sprawling 600,000 square-foot City Museum in St. Louis is quite possibly the ultimate urban playground ever constructed. The museum is the brainchild of artist and sculptor Bob Cassilly who opened the space in 1997 after years of renovation and construction. Although Cassilly passed away in 2011, the museum is perpetually under construction as new features are added or improved thanks to a ragtag group of 20 artists known affectionately as the Cassilly Crew.

So what can you find at the City Museum? How about a sky-high jungle gym making use of two repurposed airplanes, two towering 10-story slides and numerous multi-floor slides, a rooftop Ferris wheel and a cantilevered school bus that juts out from the roof, subterranean caves, a pipe organ, hundreds of feet of tunnels that traverse from floor to floor, an aquarium, ball pits, a shoe lace factory, a circus arts facility, restaurants, and even a bar… because why not? All the materials used to build the museum including salvaged bridges, old chimneys, construction cranes, and miles of tile are sourced locally, making the entire endeavor a massive recycling project.

If you have kids (or are a kid at heart) and live in the midwestern United States or have any other means to get to St. Louis, if you aren’t immediately planning a trip to City Museum, you’re missing out on life. On my first visit last year our family hardly left the museum for two days. It is the complete antithesis to commercialized theme parks like Disneyland. 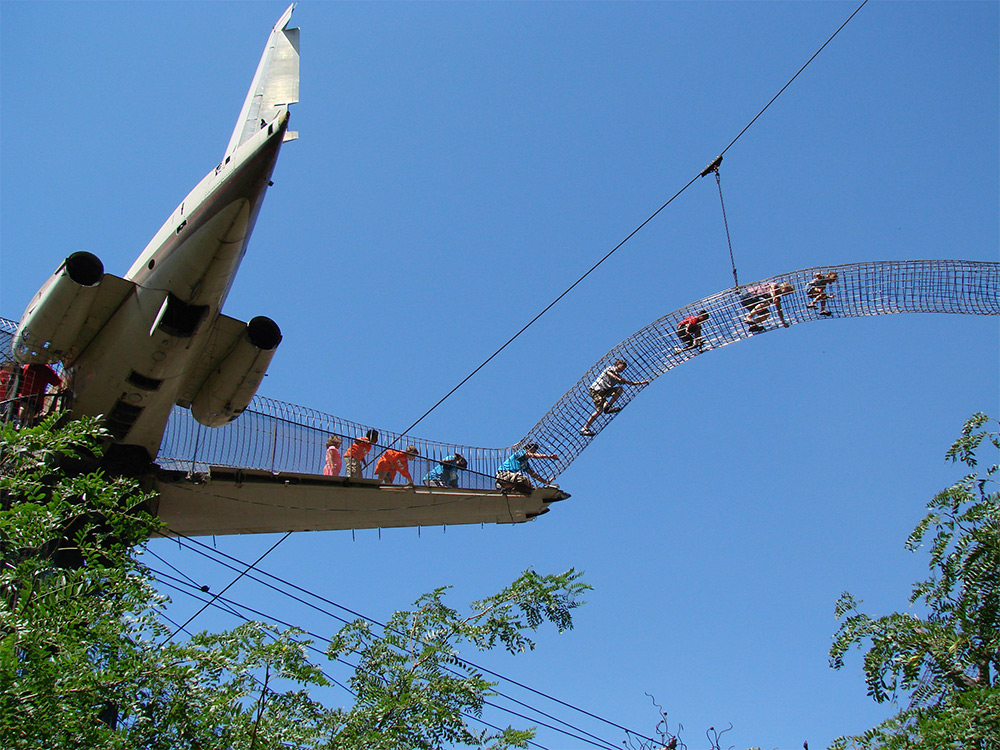 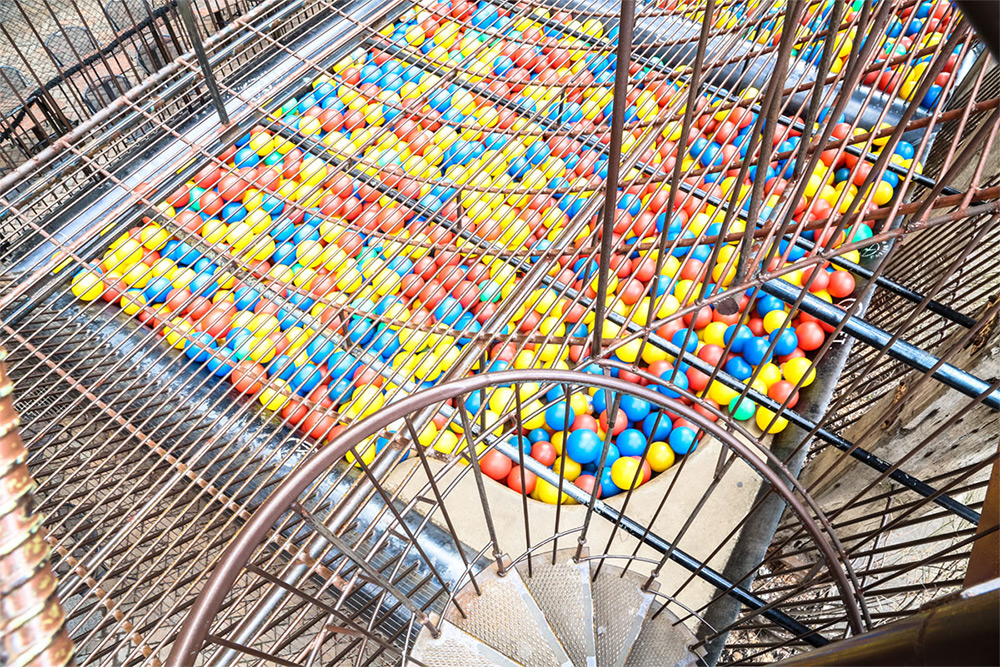 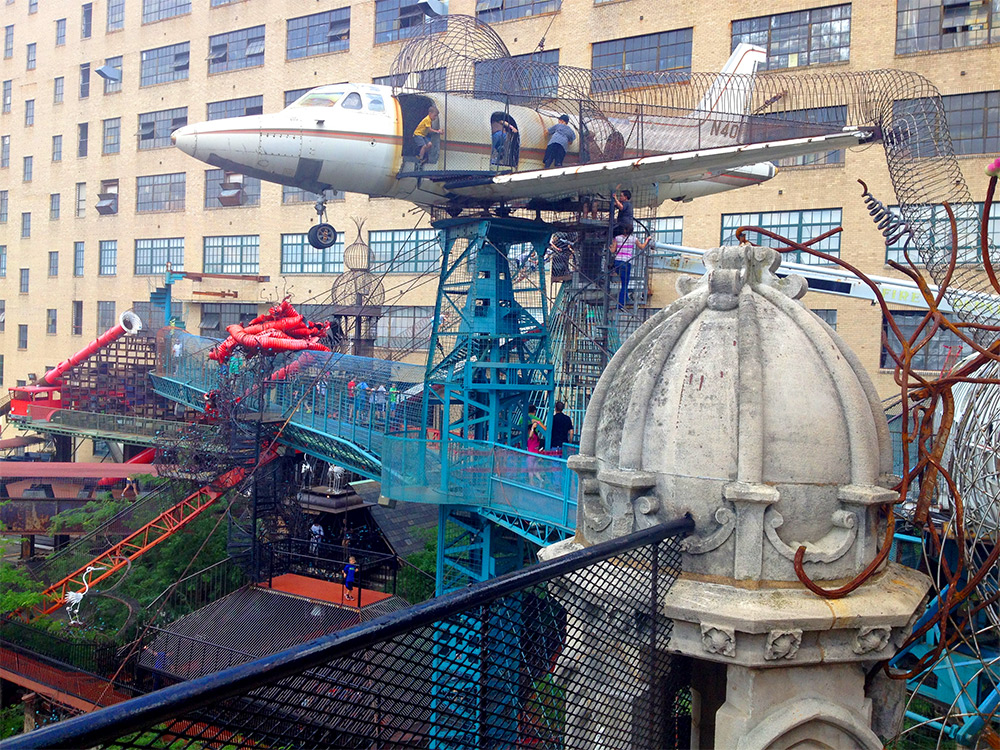 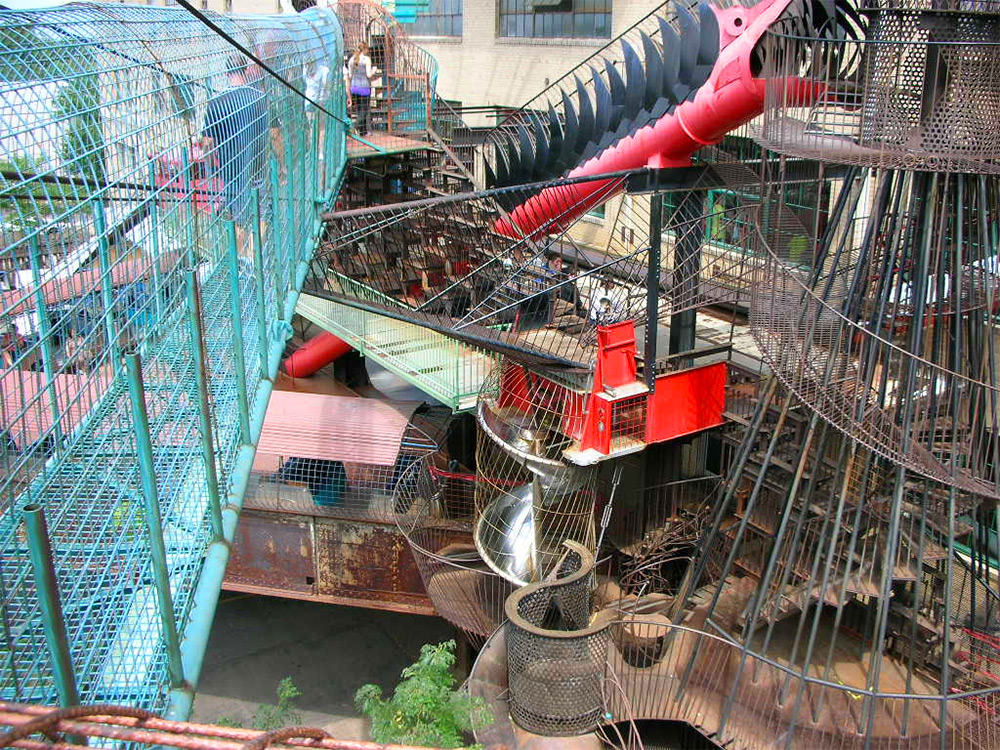 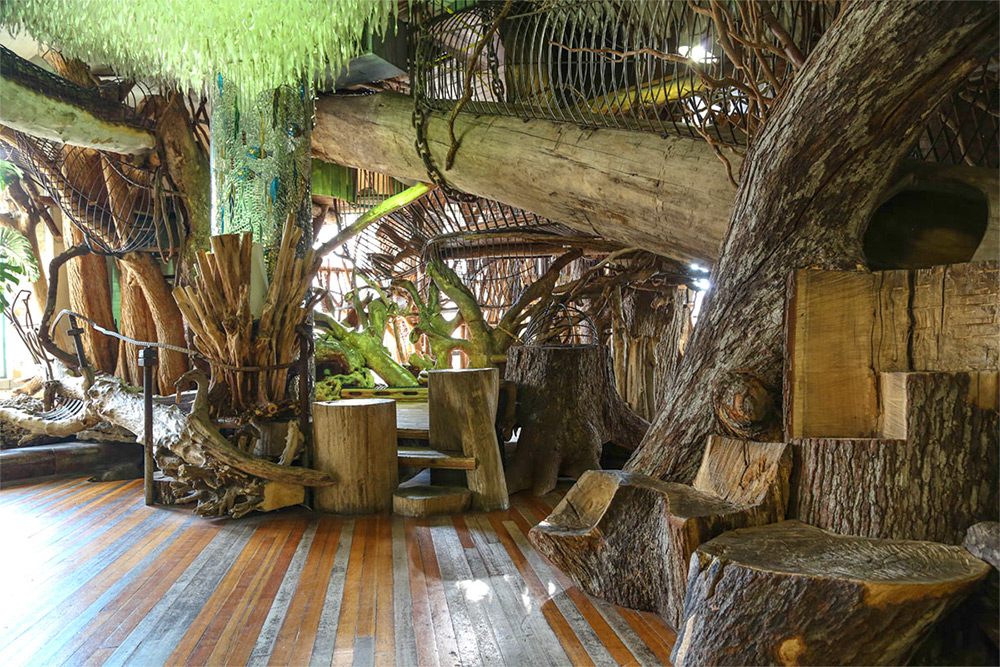 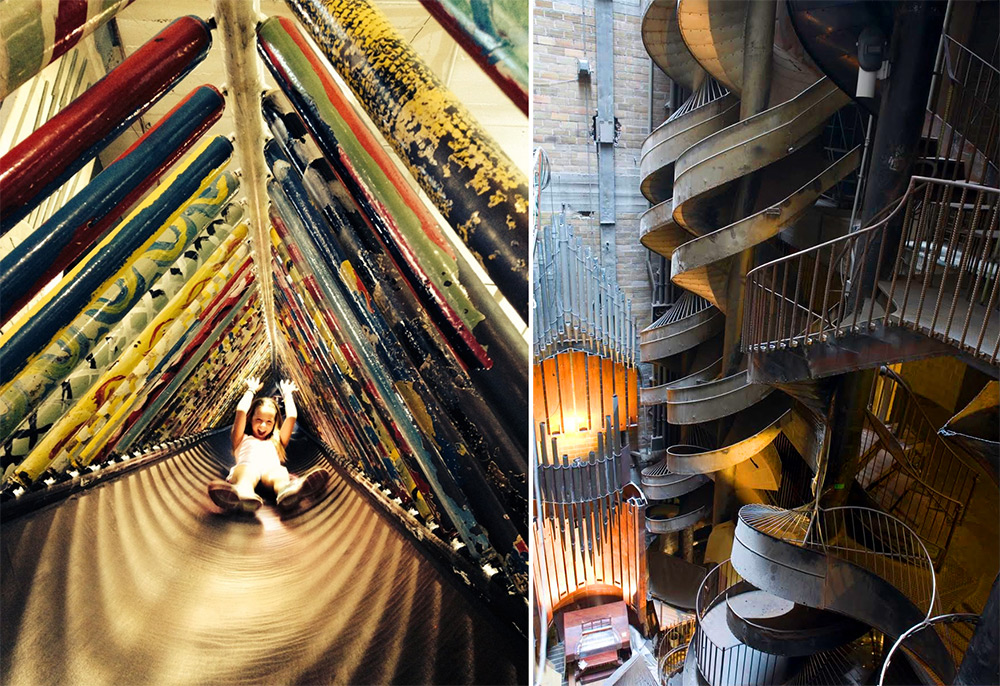 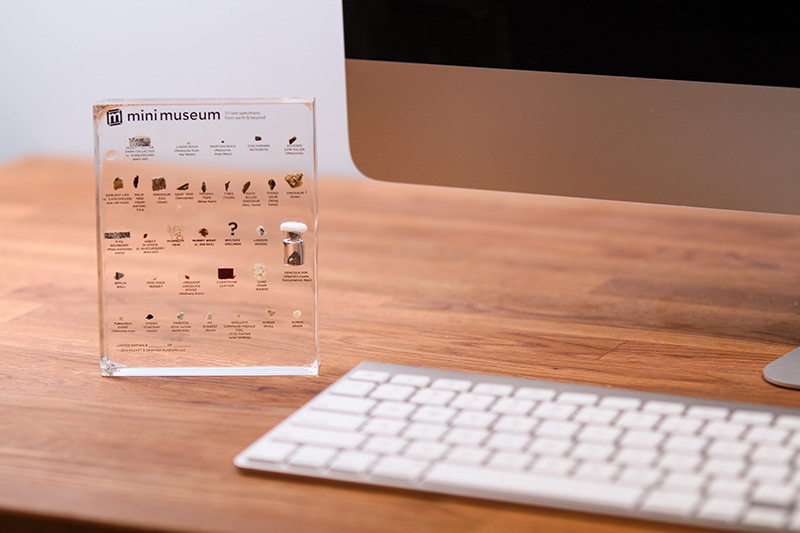 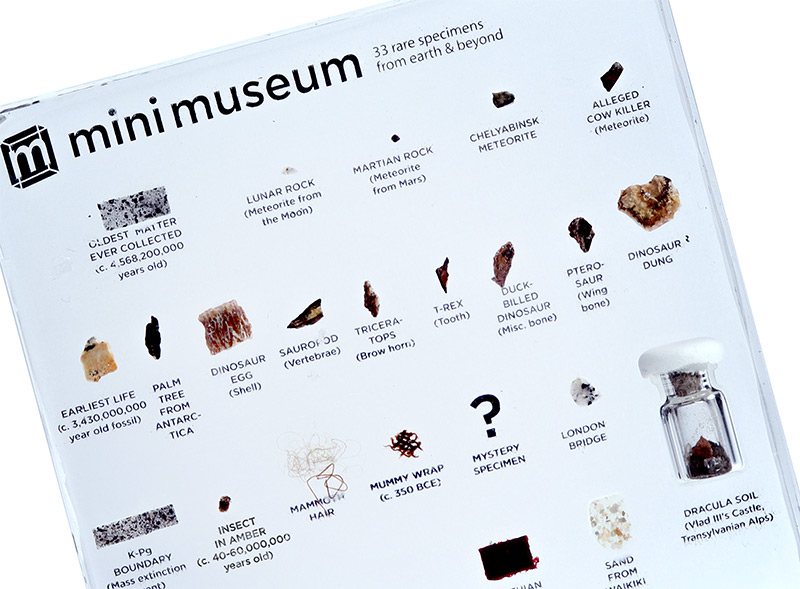